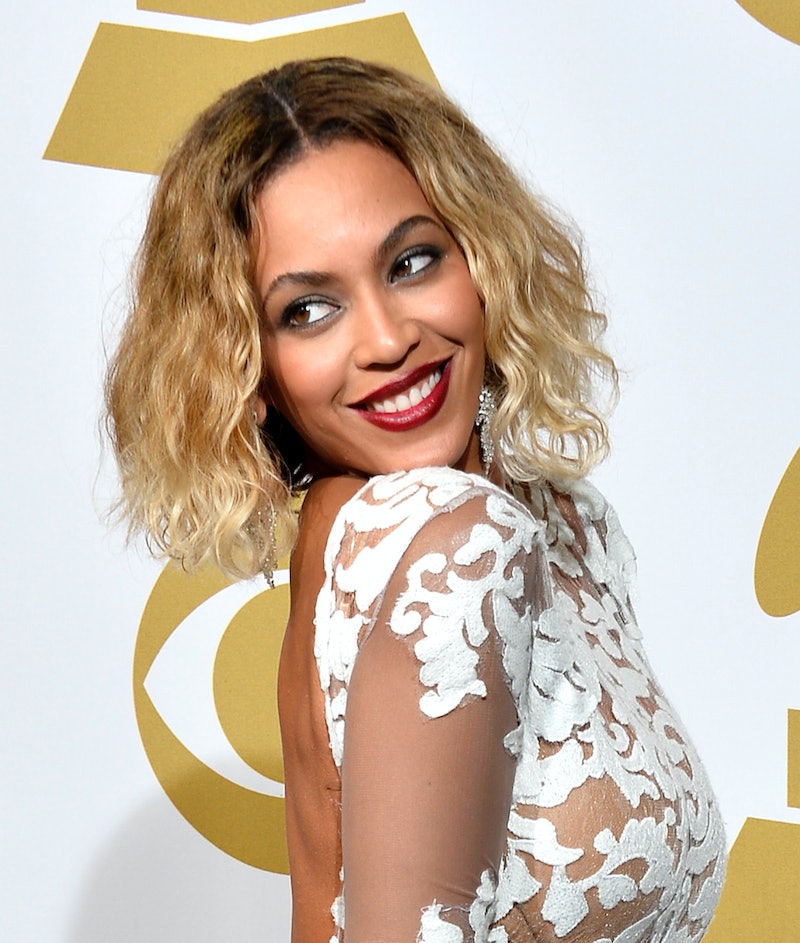 In college, students finally get the chance to take classes that they love, having struggled through countless AP classes that have insisted you know the years Chester A. Arthur served as president better than your own social security number. But, even once we get into college, we're forced to take on plenty of required courses if we want to do that thing called graduation. Unfortunately, those classes are often boring. Like, lord why am I up at 9 am? boring. That’s why, when I learned that Rutgers University is offering a course called “Politicizing Beyoncé” in the Department of Women’s and Gender Studies, I began to wonder how arduous a process it would be to transfer right now.

Of course, there are wonderful classes where I am currently enrolled, like Theories of Pop Culture, in which I had the opportunity to analyze celebrities like Beyoncé, discuss the message behind TV commercials, and analyze how the mass media influences our society. But the entertainment-related courses are extending beyond Rutgers and my college. It appears that we’re beginning to see a rise in entertainment and pop culture classes around the nation throughout college campuses.

Why? Well, case in point, you wouldn’t be reading this or any entertainment blog for that matter if you weren’t feeding off the information you learn about celebrities, TV shows, movies and the like. There’s a reason why we, as a population, become so enthralled by movie stars, people we don’t even know, and let shows like How I Met Your Mother or Scandal affect our lives to the extent that we quote them on the reg and they become part of our daily discussions. And, it seems, schools are eager to find that reason.

This past fall, UC Irvine offered an online class titled “Society, Science, Survival: Lessons from AMC’s The Walking Dead.’” The students probably rejoiced because who doesn’t want to learn about the impending zombie apocalypse that is sure to doom us all? Oddly enough, however, of the 65,000 people who enrolled in the free class, only 2,203 actually completed it, making it through to the end of the class in December. Yet the low completion rate didn’t seem to bother Melissa Loble, UC Irvine’s associate dean of distance learning, or the course’s architect, according to The Huffington Post.

Brian Whitmer, the co-founder of the MOOC platform of Instructure, which was used to host the course, told The Huffington Post that “by acting as a springboard for exploring academic ideas in contemporary media, this course illustrates the potential for pop culture to serve as a modern-day literature review.”

Although the completion rate was low, which, is not really surprising if you offer a free class that doesn’t offer a final grade, pop culture remains a prevalent part of our society today. We judge people by the trashy reality TV shows they watch, we make friends by bonding over a certain actress or actor’s performance in a movie (always Leo for me), and we cry when our favorite series comes to an end. Yes, I’d love to have a class where I could just watch Once Upon A Time the entire time, but that’s just unrealistic because it wouldn’t teach me anything if I just sat on my ass all day.

But classes like those taught at UC Irvine are actually making us more knowledgeable about how our world works. And we shouldn't limit the courses to entertainment news. If I could take a class like Analyzing Anderson Cooper’s Giggle and Why He’s a Rockstar Anchor, I would. Really, I should probably start a petition right now.

Here is a list of various pop culture classes that have been or still are offered throughout the states, and that you probably didn’t know existed :

2. Lady Gaga and the Sociology of Fame – University of South Carolina

3. The Vampire In Literature and Film – Harvard Extension School

6. What if Harry Potter Is Real? – Appalachian State University

8. The Textual Appeal of Tupac Shakur – University of Washington