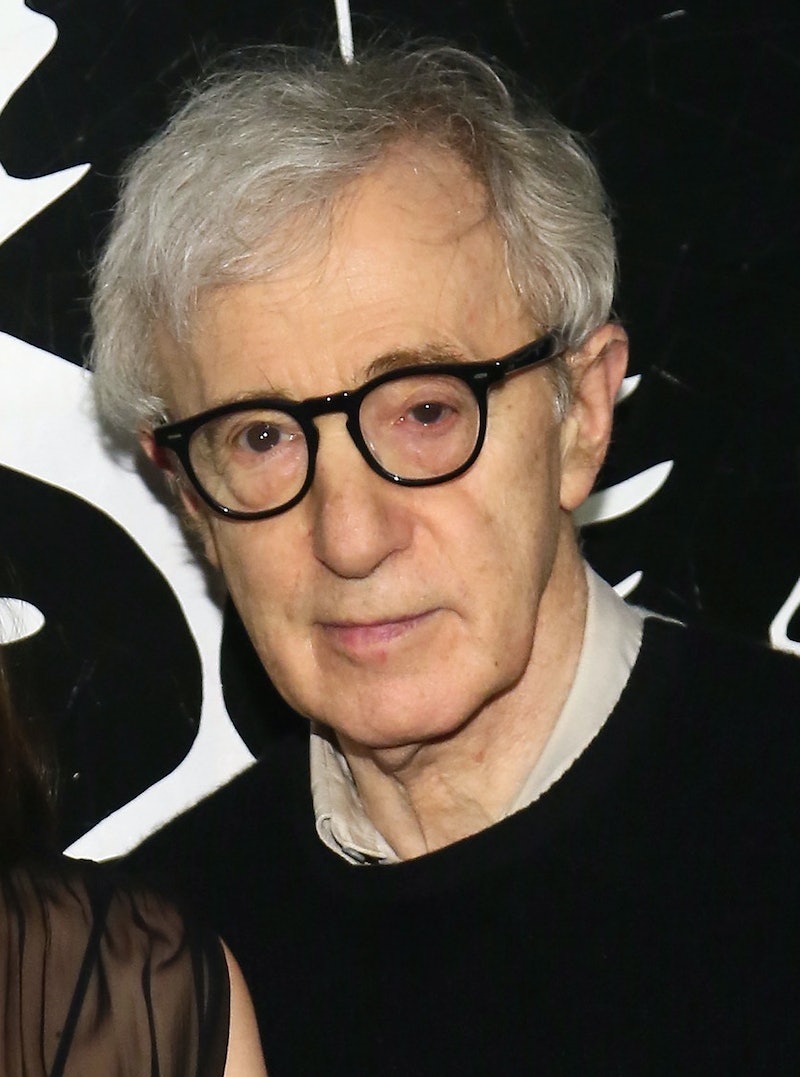 Back in October, Vanity Fair reminded readers of child abuse accusations hurled at Woody Allen by his ex-partner, Mia Farrow, via an interview with the Rosemary's Baby star. And, since then, Mia and her son, Ronan Farrow, have continued to accuse Allen of abusing Mia's adopted daughter, Dylan Farrow, through a series of tweets. (Following the Golden Globes, which awarded Allen the Cecil B. DeMille honor, Ronan tweeted the following about the man who raised him: "Missed the Woody Allen tribute - did they put the part where a woman publicly confirmed he molested her at age 7 before or after Annie Hall?") But just days after Woody Allen documentarian Robert B. Weide printed an article in The Daily Beast defending the filmmaker — urging readers not to rush to judgment following the Farrows' words — Dylan Farrow has penned an article about Allen's alleged abuse after remaining silent throughout the entire ordeal.

In a letter published in The New York Times, Farrow detailed the alleged abuse in the opening sentences of the letter, leaving readers stunned by her frankness. As the letter begins:

What’s your favorite Woody Allen movie? Before you answer, you should know: when I was seven years old, Woody Allen took me by the hand and led me into a dim, closet-like attic on the second floor of our house. He told me to lay on my stomach and play with my brother’s electric train set. Then he sexually assaulted me. He talked to me while he did it, whispering that I was a good girl, that this was our secret, promising that we’d go to Paris and I’d be a star in his movies.

Farrow's letter continues to allege that Allen sexually assaulted her, noting that she was uncomfortable with his treatment of her throughout her youth, especially when "he would stick his thumb in my mouth." The letter is incredibly difficult to finish — even reading about the alleged abuse feels wrong when it's described in this much detail.

But Farrow's letter is powerful and important, describing the struggles that many sexual abuse victims endure after making their ordeal public. And Farrow has struggled — opinion surrounding Allen and Farrow, who has, and continues to be, accused of being brainwashed by her mother, has only intimidated her into silence. (Even Weide's article suggested Farrow was brainwashed.) After realizing that, "I thought this was how fathers doted on their daughters. But what he did to me in the attic felt different," Farrow told her mother what happened, and was forced to live through the following:

As Farrow notes in her letter, "Sexual abuse claims against the powerful stall more easily. There were experts willing attack my credibility. There were doctors willing to gaslight an abused child."

But why speak out now? After years upon years of keeping mum (the alleged abuse happened in 1992), why is Farrow finally sharing her story? Because, as she notes, the fanfare surrounding the director's Blue Jasmine (which scored him an Oscar nomination for Best Original Screenplay) has convinced her she needs to speak, if only to raise awareness and help others who are coping with abuse.

The survivors of sexual abuse who have reached out to me – to support me and to share their fears of coming forward, of being called a liar, of being told their memories aren’t their memories – have given me a reason to not be silent, if only so others know that they don’t have to be silent either.

Concludes Farrow, directing her letter at those who have starred or will star in Allen's movies, "The message that Hollywood sends matters for them. What if it had been your child, Cate Blanchett? Louis CK? Alec Baldwin? What if it had been you, Emma Stone? Or you, Scarlett Johansson? You knew me when I was a little girl, Diane Keaton. Have you forgotten me? Woody Allen is a living testament to the way our society fails the survivors of sexual assault and abuse."

Farrow's right — it's tough to admit you ever liked a Woody Allen movie now.