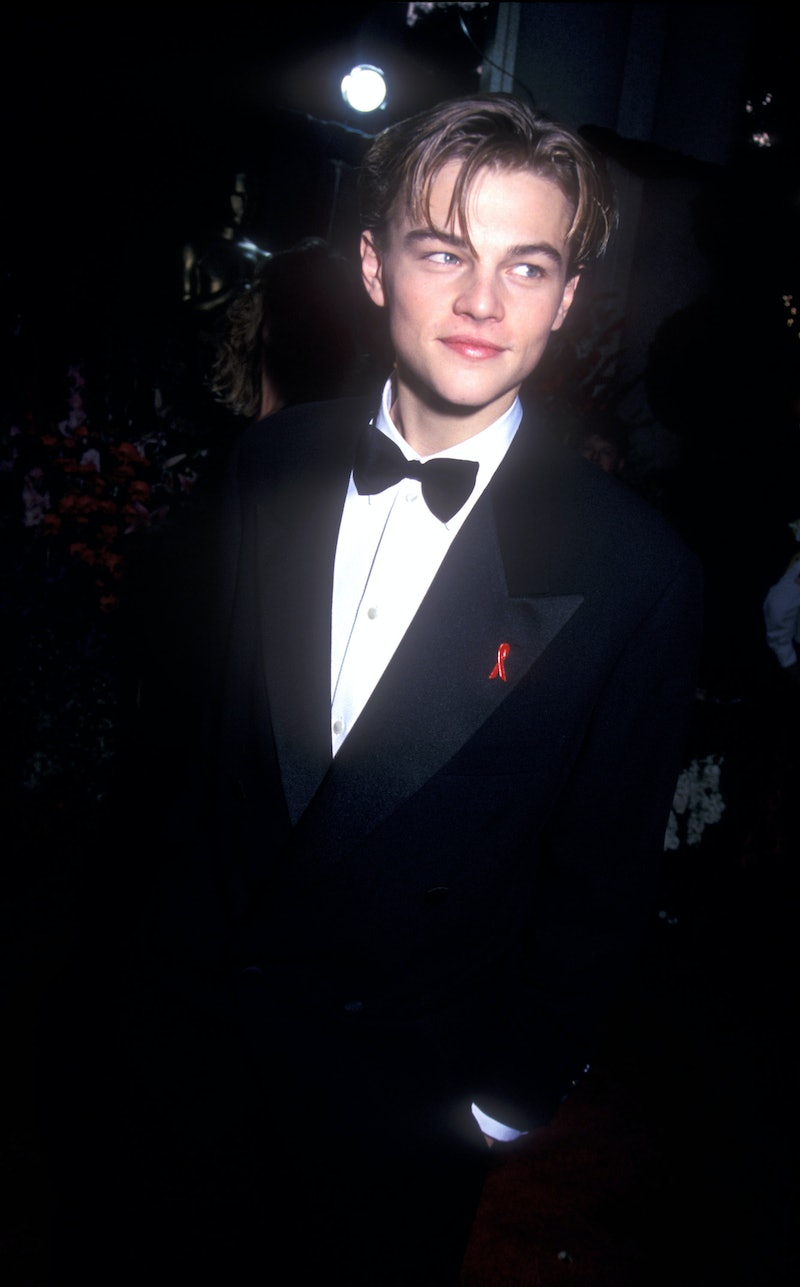 To say Leonardo DiCaprio was a '90s heartthrob would be an understatement. The Romeo + Juliet star was not only good-looking, but also incredibly talented — a perfect combination, right? But before the actor stole our hearts as Jack in Titanic, Leonardo DiCaprio’s 1994 Oscars tuxedo had us swooning.

While I believe a nicely fitted tuxedo can make any man look like a million bucks, DiCaprio is not just any man. He is a truly gorgeous human being, who when wearing a tux looks like a complete and utter dreamboat. His prim and proper outfit with somewhat laughable wide lapels was perfectly offset by his boyish smile and pushed-back '90s ‘do. To make matters even better, DiCaprio was nominated for Best Actor In A Supporting Role for his performance in What’s Eating Gilbert Grape? While this would be the start to DiCaprio’s string of Academy Award nominations and losses, the then 19-year-old actor surely looked like a winner.

Although I can’t wait to see what DiCaprio will sport at the 88th Annual Academy Awards ceremony on Sunday, Feb. 28, there is nothing like a good Leo throwback to get one in the mood for the Oscars. Scroll down to see DiCaprio’s first ever Oscars red carpet ensemble, and prepare to get nostalgic.

While DiCaprio is still very handsome circa 2016, I am most definitely partial to his teen dream '90s days. From his parted and slicked-back locks to his nonchalant attitude, DiCaprio was the poster boy of everything that was cool in the '90s — and that is ironically cool again today. In fact, the collarless shirt he wore at the Golden Globes that same year was coined the shirt of the summer in 2015 by Wall Street Journal, and DiCaprio’s famous Hawaiian shirt from Romeo + Juliet has been making appearances at Men’s Fashion Week for quite some time now. Moral of the story: If you want to look cool, dress like a '90s DiCaprio.

DiCaprio might have been known for his edgy style in the '90s, but as of late he has been going for a much more grown-up look, rarely foregoing a tie or unbuttoning a jacket like his 20-year-old self. While this is only fitting considering we all have to grow up at sometime or another, there is no shame in appreciating the '90s babe he once was.

And now let us cheers to the possibility of DiCaprio finally winning an Oscar in 2016, and once again stealing our hearts.

Want more 90's inspo? Check out the video below, and be sure to subscribe to Bustle’s YouTube page for more hacks and tricks!

More like this
Remember When Benedict Cumberbatch Announced His Engagement In A Newspaper Ad?
By Hugh McIntyre
Tom Cruise Gives His Honest Review Of Lady Gaga’s New Song For 'Top Gun: Maverick'
By Hugh McIntyre
Cameron Diaz Just Recreated *That* Iconic 'There’s Something About Mary' Scene
By Rachel Mantock
Regina King Puts Her Career, Family, & Friends Before Romance
By Jake Viswanath
Get Even More From Bustle — Sign Up For The Newsletter