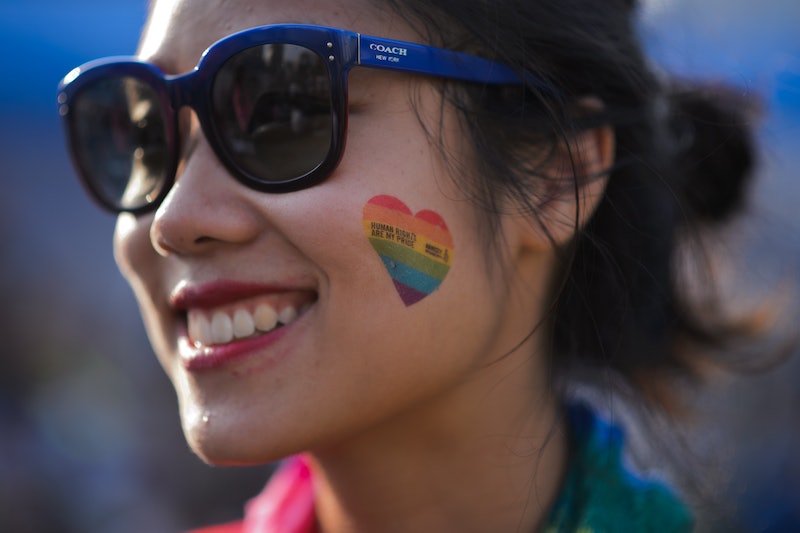 In a bold move drawing the ire of religious conservatives and sex negative fearmongers across America, President Obama cut funding for abstinence-only sex education in the proposed federal budget for 2017. If approved, this means $10 million dollars won't be spent on a program scientifically proven to not only fail students but to perpetuate dangerous misinformation about human sexuality.

As so many young people don't receive adequate sex education at home, school is often the only place they learn the facts about sexual and reproductive health — and abstinence-only programs aren't heavy on facts. According to the Sexuality Information and Education Council of the United States, a 2004 report by California Representative Henry A. Waxman found that "11 out of 13 of the most commonly used abstinence-only-until-marriage curricula contain medical misinformation, use fear and shame, blur religion and science, and perpetuate stereotypes about gender roles." If that isn't bad enough, a federally-funded 2007 report found that the sexual behavior of young people in abstinence-only sex ed programs doesn't different from that of young people who aren't in those programs.

On the other hand, science-based sexual education has been shown to lower teen pregnancy and STD rates by 17 percent, so Obama's attempt to push America into the 21st century is crucial. Here are three reasons why his proposed abstinence-only sex ed cut is a feminist win:

1. Women Have The Most To Lose From Abstinence-Only Sex Ed

Women are the ones most hurt from abstinence-only sex ed, given our unique ability to become pregnant and all. Shrouding human reproductive functions in mystery has historically been a tool to limit female bodily autonomy, so it's a huge feminist win that Obama wants all young people — and girls in particular — to learn the facts about sex and their bodies.

2. Abstinence-Only Sex Ed Is Not Inclusive

Abstinence-only sex ed is built upon a normative model of cis men and women waiting until marriage to finally "do it," discounting all other models of gender identity and sexual expression that fall outside those lines, and alienating countless youths in the process.

3. Women Are Hurt Most When Religious Beliefs Influence Government Policy

The abstinence-only sex ed in public schools today is a direct result of lobbying by fundamentalist Christian groups who believe sex is sinful and belongs between a cis man and woman in a monogamous marriage. These are the same groups who want to limit reproductive rights for women, so the more the government fails to promote these beliefs, the more individual freedom women will retain.

More like this
13 Ideas To Add To Your Sex Bucket List
By Kristin Magaldi
35 Sexy Texts To Send Your Partner
By Griffin Wynne and Carolyn Steber
5 Ways To Stand In Solidarity With Women In America From The UK
By Sophie McEvoy
How To Fight For Reproductive Rights, Based On How Much Time You Have
By Courtney Young
Get Even More From Bustle — Sign Up For The Newsletter