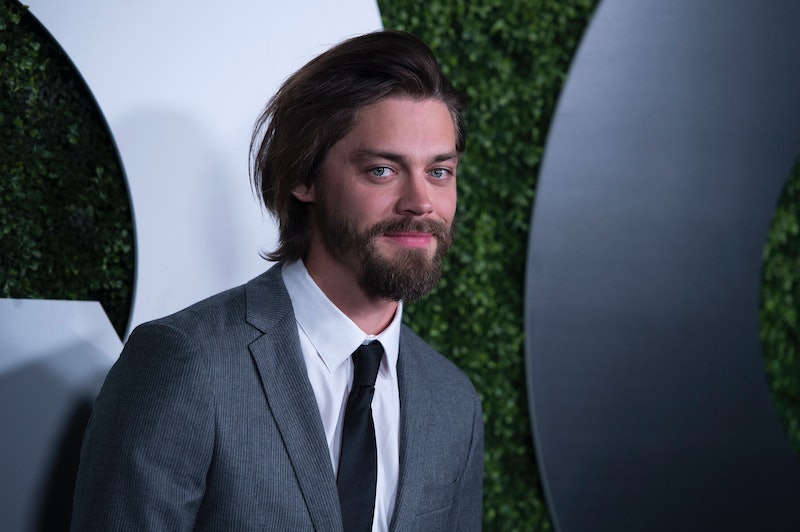 Sunday's episode of The Walking Dead had a lot of buzz-worthy moments, including the introduction of a well-known character from the comics. Played by Tom Payne, Jesus appeared on The Walking Dead. His real name is Paul Rovia, though in the comics, this character's last name is Monroe, which has likely been changed because there's already a Monroe family in Alexandria, and on TV that's a little bit confusing.

Jesus, or "flying Jesus" as Nathan Fillion really wanted to catch on during Talking Dead, was fascinating right off the bat. He appeared by surprise while Rick and Daryl were bro-ing down and gathering supplies. He threw up his arms in a shrug while introducing himself as Jesus — a perfect homage to the Biblical figure. He's an established good guy in the comics, but so far on the show, he's been all over the place. Sure, he was nice, doesn't carry a weapon, and totally saved Daryl's life. But on the other hand, he stole a truck of resources, road on top of said truck, got into several skilled fights with the dynamic duo, and then broke out of his restraints in Rick and Michonne's house in the middle of the night at the least opportune moment. He's also clearly lying about his living situation. It's hard to get a read on this guy, but clearly he is reading Rick and Daryl pretty well. Everything is calculated and clever.

"I really enjoy the fact that the character comes in and changes the energy of the show," said Payne in an interview with Entertainment Weekly. "I think that episode has a very different energy, certainly since the events of the last two episodes in Alexandria. There’s a time jump, and then a very definitely new chapter. The next world is coming into the show, and it’s nice to be the person bringing that in." He also talked about the mystery element of Jesus' first episode. "His motives should be not necessarily immediately apparent," he said.

In the comics, Paul is from Hilltop Colony, an Alexandria-like community that has a dangerous "arrangement" with Negan and the Saviors. The promo for next Sunday's episode showed him talking about a larger world, so Jesus' introduction definitely means a lot for The Walking Dead going forward.