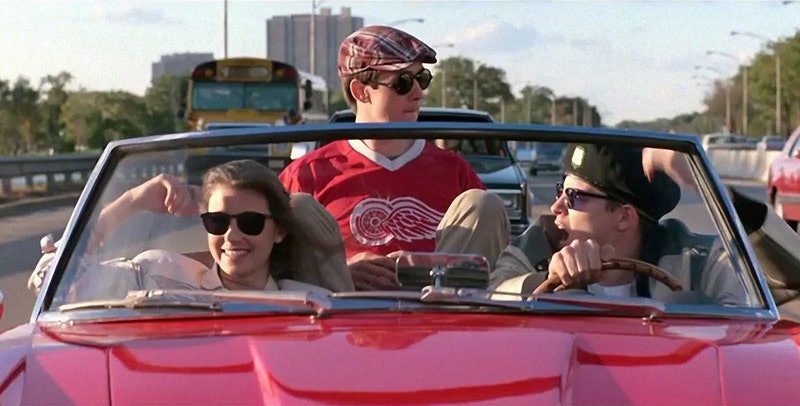 If there is one positive thing to be said about this generation, it is that the levels of "fandamonium" we exhibit for anything entertainment can't be paralleled. It's the generation that rallied for a Full House reunion and got a brand new spinoff more than 20 years later, the generation that holds yearly conventions for the greatest show that ever existed, One Tree Hill. So, it should come as no surprise that there are still so many fans of Ferris Bueller's Day Off that constantly rally together to show their love for the classic. It's good to know that after all the years, I'm not the only one who thinks Ferris Bueller's Day Off deserves a rewatch. Or ten.

In fact, this is a film that I always go back to. No matter how many years pass, and how many times I have seen this film, I can't help but watch it again and again. The idea of ditching all of your responsibilities for one epic day of fun will always appeal to me, no matter how old I am. This film represents the angsty teen in all of us, yearning to break free of adult responsibilities and just have a little fun for a day. Among all the beautiful gems in this film, there are some memorable moments that deserve to be watched over and over.

Anytime a movie breaks the fourth wall, I love it. I love that, from the very beginning, this movie makes it clear that you and Ferris Bueller are some sort of secret friends in on the conspiracy together.

No prank call will ever live up to the expectations set by Ferris Bueller's Day Off.

Everything about watching a young Matthew Broderick embarrass himself while dancing appeals to me. We all have some embarrassing moves that we just need to let shine every now and again.

4. The Line Of Kids In the Museum

There were so many things about their visit to the museum that I absolutely loved, but the insanely long line of kids they were in the middle of was the best part.

The moment when Cameron, Bueller's best friend, stared into a painting, and you could tell he was contemplating all of life's biggest questions.

That stained glass kissing scene was better than a million rom-coms combined into one. I

7. Principal Rooney's Kick to the Face

To this day, I still don't think it's normal for the principal of a school to be lurking around a student's house. It doesn't matter how many times a student has pulled one over on you. If you ever find yourself hiding around corners on his private property, you have crossed a line. In fact, at that point, you have crossed many lines and should reevaluate your life.

This scene makes me question so much about this movie and why the nurse was really even necessary, but, without this scene, this film just wouldn't be the same.

This scene represents my favorite Ferris Bueller character trait: committment. When he looks at the camera and says, "You can never go too far," you know the film is about to get good.

"Right or wrong, I'm gonna defend it... I'm just tired of being scared." This was the moment this film took a turn for the serious, and thwn just as quickly went back to absolutely hilarious.

I feel that every classic film has one stand out moment that really sets it apart. For Ferris Bueller's Day Off, it was the parade scene. And this song will forever bring to mind thoughts of Matthew Broderick dancing on a float with a cheetah print vest.

Charlie Sheen plays a kid in the police station on a drug bust. Take away the leather jacket and '80s hair cut, and it could basically be a modern day documentary.

Not only is this hilarious because it was kind of revolutionary in its day and age, but they also parodied it in the 2016 Deadpool movie.

Movies about kids on the hunt for one last grand adventure will always appeal to me. We all have to grow up sometime, but, before we do, we might as well go out for one last adventure ourselves. No matter how old I get, I'll always find time to watch Ferris Bueller's Day Off. My inner child demands it.