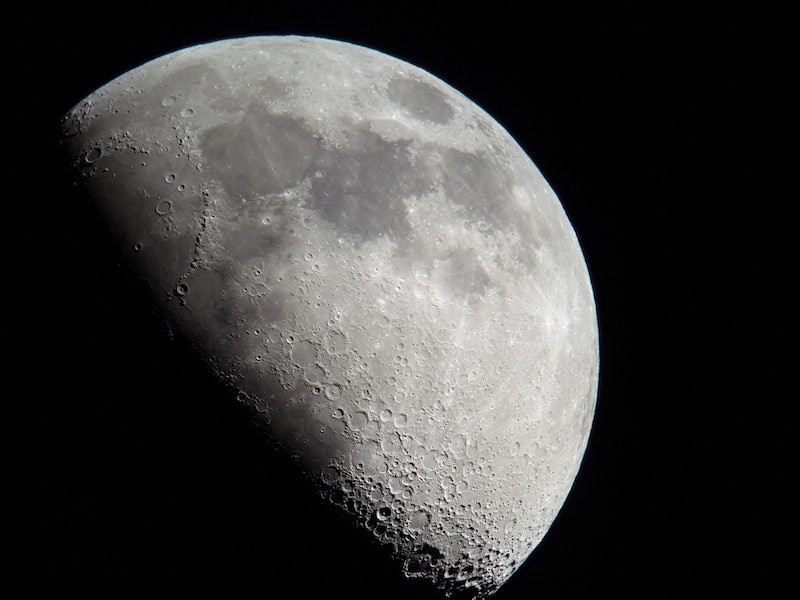 Here’s another reminder that reality isn’t as divorced from science fiction as we might think: Audio recordings released from NASA reveal that, during the Apollo 10 mission nearly 50 years ago, astronauts heard strange music while traveling on the dark side of the moon. Although astronauts and scientists have proposed more than one possible explanation for the sounds — some more far fetched than others — the bizarre music’s origin remains a mystery. If you’re suddenly hearing the X-Files theme song in your head, I’m right there with you.

Apollo 10 was the last Apollo mission to fly before Neil Armstrong and Buzz Aldrin made history by walking on the moon during the Apollo 11 mission. A “test run” of sorts for the moon landing, Apollo 10 had its three astronauts — Thomas Stafford, Eugene Cernan, and John Young — orbit the moon 31 times and practice separating the command module (the part of the spacecraft that would orbit the moon) from the lunar module (the bit that would land on the moon), a move that would be essential to the Apollo 11 moon landing. During their orbit, the crew and two halves of the spacecraft would spend hours on the “dark side” of the moon, completely disconnected from radio communication with the Earth. (Before we get into the whole issue of bizarre, unexplained space noises, can we take a moment to appreciate how amazing it was that in 1969 — long before cell phones, personal computers, and all of the other gadgets we hold dear were a reality — these three dudes were orbiting the moon in a metal canister? Guys, it blows my mind.)

During one of the mission’s trial separations, the astronauts began to hear strange noises as they traveled along the far side of the moon. Transcripts of the mission showed that all three of them heard the sounds and discussed them. For example, Cernan, Young, and Stafford had the following conversation:

LMP: That music even sounds outer-spacey, doesn’t it? You hear that? That whistling sound?

CDR: Did you hear that whistling sound too?

CMP: I wonder what it is.

Although NASA released transcripts of these conversations in 2008, audio of the mission — including the “outer-space type music” the men heard — has only recently become available. You can hear it in this segment from NASA’s Unexplained Files, airing on the Science Channel. (The show has a fairly sensational bent to it, but it’s worth listening to the eerie sounds on the recordings, as well as the astronaut’s mystified reactions).

In the show, Apollo 15 astronaut Al Worden remarks, “If I were to hear something back there, the first thing, probably, would freak me out.” Andrew Chaikin, a space historian, proposes that the noises were due to the fact that “radios in the two spacecraft [referring to the separated modules] were interfering with each other.” Worden is skeptical of this explanation, saying, “The Apollo 10 crew was very used to the kind of noise that they should be hearing. Logic tells me that if there was something recorded on there, then there was something there.”

CNN points out Apollo 10 wasn’t the only mission to report unusual sounds. Michael Collins, who piloted Apollo 11, also recounted hearing weird noises during his solo flight around the dark side of the moon. (He was alone because crewmembers Neil Armstrong and Buzz Aldrin were busy moonwalking). “There is a strange noise in my headset now, an eerie woo-woo sound,” he recalled. “Had I not been warned about it, it would have scared the hell out of me […] fortunately the radio technicians (rather than the UFO fans) had a ready explanation for it: it was interference between the [Lunar Module’s] and Command Module's VHF radios.”