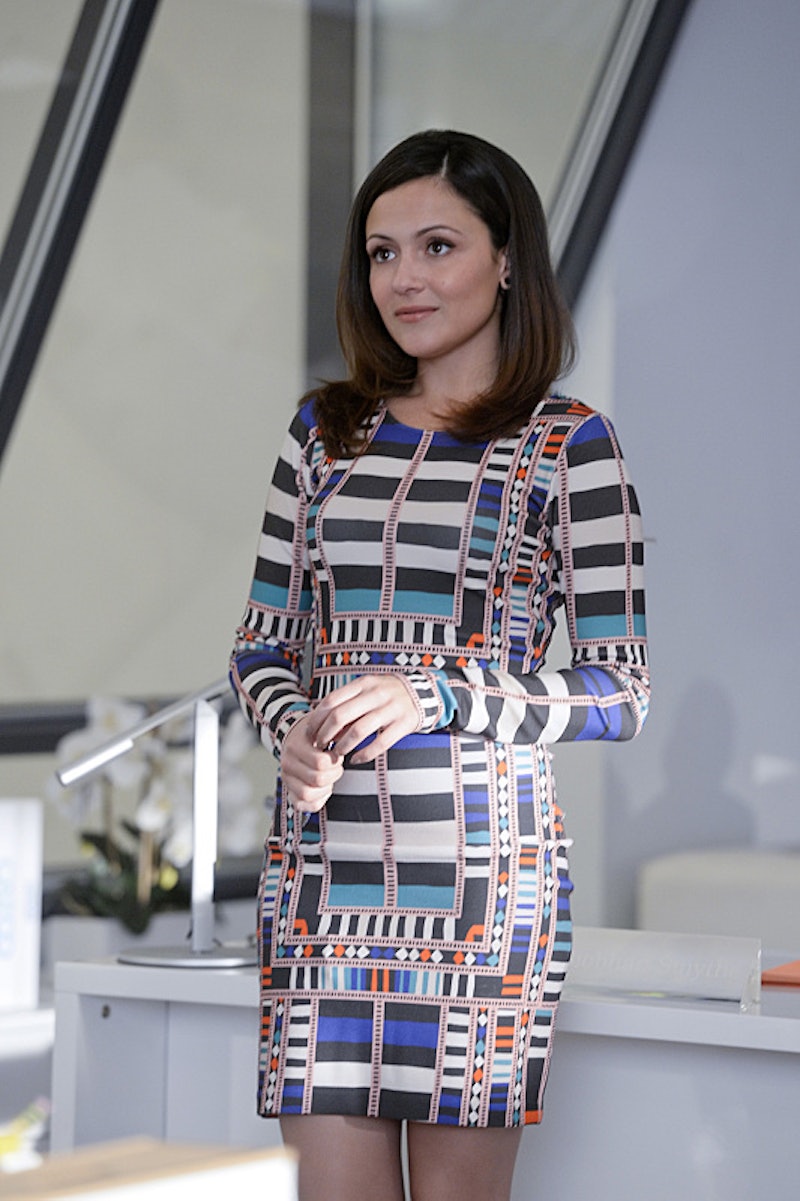 We've seen Supergirl battle some of the fiercest creatures planet Earth has to offer, but during this week's episode titled "Truth, Justice and the American Way," Kara will face off against perhaps her greatest adversary yet... in the workplace, that is. Chasing Life star Italia Ricci has been cast to play Siobhan Smythe, whose dominant presence as Cat Grant's new second assistant becomes a huge challenge in regards to Kara's work environment. (Think of her like a Cat Grant 2.0!) However, that's not going to be the only way Ricci's character will stir up trouble for our heroine as her guest arc progresses. That’s become comic readers will undoubtedly be familiar with Siobhan Smythe's DC Comics alter-ego Silver Banshee — an iconic comic book villain who uses sound manipulation to weaken her victims. She also possesses superhuman strength, speed, endurance, agility, and a gift for languages.

However, it will take a little time to truly see her banshee baddie side come to life on the show. Her first attack on Kara will be much more subtle and hit her on a profession level. "Her character is very much in Cat Grant’s mold, which is incredibly challenging for Kara," executive producer Sarah Schechter recently told Zap2it.com. "Watching a young Cat Grant, as well as the actual Cat Grant, facing off against Kara is endlessly fun." So you can expect Siobhan to bring a new level of ruthlessness into CatCo and shatter any confidence Kara has developed throughout the season.

When it is time for these two co-workers to go toe-to-toe outside of the workplace, though, you better believe Supergirl will have her work cut out for her because this banshee means business and be just as intimidating out of the office as she is in it. But hey, you don't have to take my word for it. ET has revealed an exclusive image of Siobhan in all her Silver Banshee glory and trust me, this is not someone you'd want to run into on the street, or pretty much anywhere for that matter.

I mean, those eyes alone are going to give me nightmares for weeks. But that just makes the debut of this character all the more exciting. (And yeah, slightly terrifying.) I do not envy Kara's position TBH, though, the prospect of seeing two such powerful female characters face-off against each other is beyond exciting.

That being said, you can expect to find Ricci's super villain character to come with some complex layers. In fact, there's always a chance that we'll learn about what made her become the Silvery Banshee in the first place. "You’ll be watching a little bit the origin story of her namesake, if people do the research," executive producer Greg Berlanti teased to Zap2it.com. And while he refused to go into any more specifics, it's left many wondering if he's referring to Siobhan's father, the Black Banshee. Perhaps the apple doesn't fall far from the banshee tree. But if anyone can handle such a fearsome foe, it's Kara Danvers.