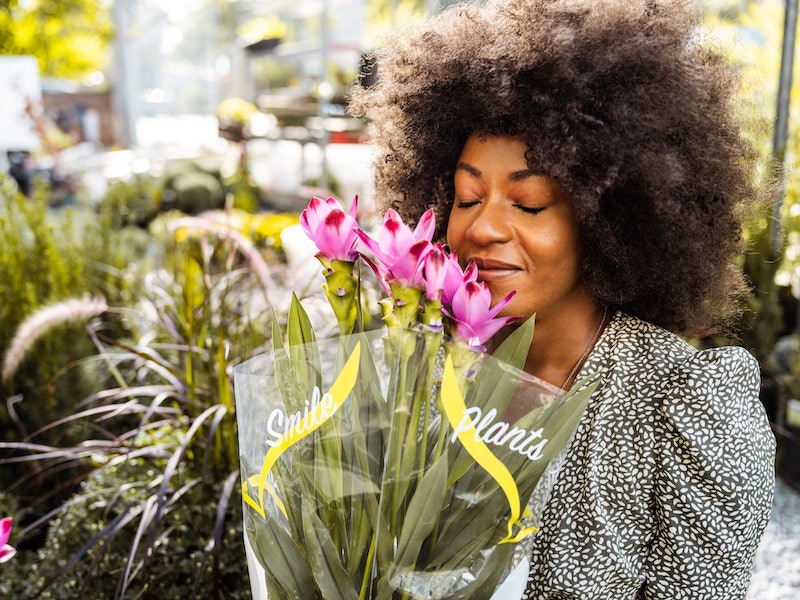 Chocolate, roses, coffee and perfume — scents can be a total turn on, and even more so when they're the unadulterated scent of someone we're attracted to. Capitalizing on this fact, Smell Dating service is the first "mail odor dating service" (hee hee) to allow folks in the New York area to match up with other singles through their noses.

The process is as follows: first, you sign up, and they send you a shirt which you wear for three days and three nights without deodorant. (Not sure what line of work you can do this in, but, sure, why not.) Then, you return your smelly tee to Smell Dating and in return get swatches of other worn tees to sniff. If your olfactory senses alight on one in particular and they like the smell of you, too, the service will facilitate an exchange of contact deets. It's that simple! Or rather, complicated, given how easy Tinder and dating app swiping has made hookups these days. That said, some might find this primal method refreshing.

Although a piece in Salon says the science behind Smell Dating's particular pairing method is considered somewhat controversial, there are a variety of studies on the ways scent intersects with our sexuality. Here are four facts about our sense of smell and our mating behavior.

1. Most Heterosexual Women Prefer The Scent Of Men With Different Genes

The Smell Dating process is based upon a classic study that had 49 heterosexual women sniff the sweaty shirts of men to analyze which scents were most attractive to them. As women are evolutionarily primed to sniff out which men to procreate with, researchers found that the female subjects were most drawn to the scents of "immunologically dissimilar" men, who would, in theory, make better biological mates and produce healthier offspring.

2. Birth Control Can Change A Woman's Sense Of Smell

In contrast to the above study, if a woman is on hormonal birth control, she will actually be drawn to men who are more immunologically similar to herself, which means who you're attracted on and off the pill can vastly differ.

4. Some Women Prefer The Scent Of High Testosterone

Along with the innate ability to smell out someone's immune system, heterosexual women can also detect the level of testosterone in a man's pheromones. One study found that women at the most fertile part of their menstrual cycles were most drawn to the sweat of dudes bubbling over with testosterone, and rated their stench as the most manly and sexy. Bottom line? The nose does indeed know. But whether or not that impacts dating and a relationship outside procreation is yet to be seen.