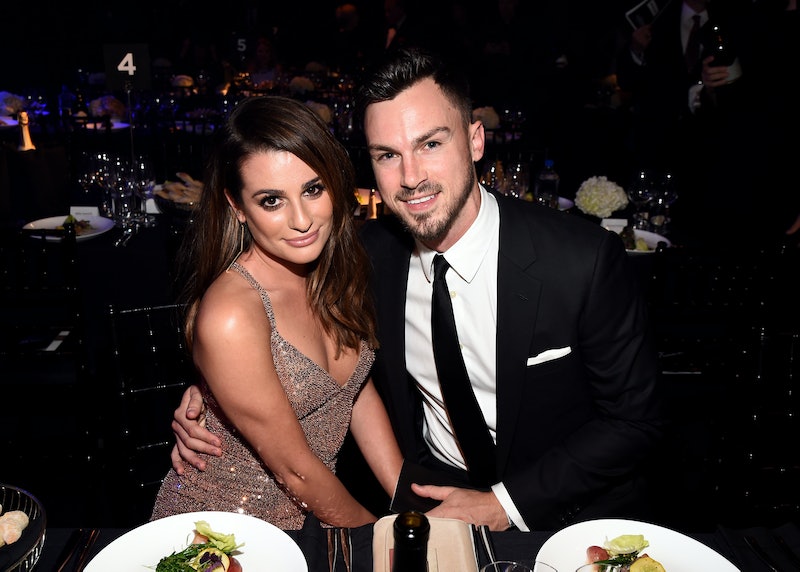 Well, after two years of dating, former Glee star Lea Michele and Matthew Paetz have broken up, People reports. As much as I'd like to report that the news is alleged, sadly, Michele's rep confirmed the split to People. According to a source, the two went their separate ways in early February, but it sounds like the 29-year-old actor is doing fine. Thankfully, it seems like she has an amazing group of friends supporting her during this sad time.

"Lea is surrounded by her friends, who have rallied around her and support her," a source reportedly close to the former couple told People. "She's doing fine, focusing on her working, her music and her album."

The two definitely made a cute couple and supported each other through everything, including her past relationship with her late Glee co-star and boyfriend Cory Monteith. As Michele told the Fempire Podcast in January, "[Paetz] is very respectful towards the person that I was with, and that, again, is something I love so much about him. I really know that Cory would love him too."

Paetz was her first boyfriend after Monteith died at the age of 31 in 2013 after mixing heroin and alcohol. They met on the set of her "On My Way" music video in 2014.

Despite Michele and Paetz parting ways, there's no doubt she will find happiness again, because if anyone can, it's Michele. After all, she's been through something extremely difficult with Monteith's unfortunate and untimely death proving she is a survivor. There's no doubt the Scream Queens star deserves all the happiness in the world.