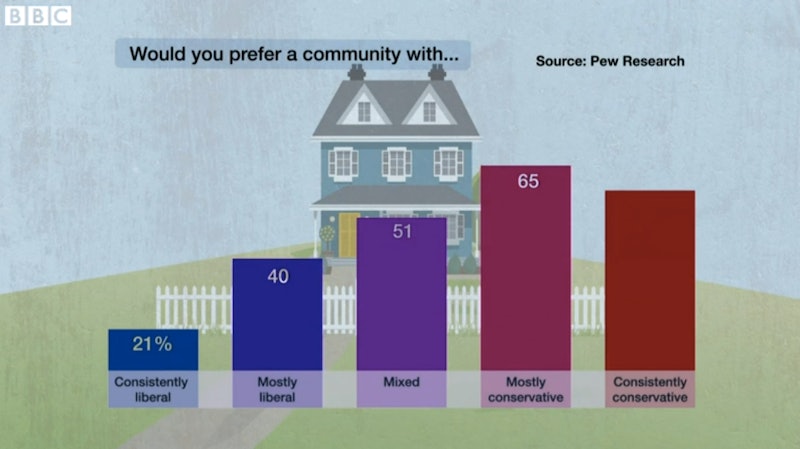 The polarization of the United States is a concept Americans have grown accustomed to hearing over the past decade and a half. Some might even argue that the nation is the most polarized it has been since the Civil War. It's a scary notion, and yet here is America in 2016, where one side doesn't want a president to do his job because it will foil their plans and name-calling has become an established mode of conversation. The BBC created a video about American political parties that investigates the division of Americans into two warring tribes.

Narrated by Franz Strasser, this two-minute, 53-second film looks into the demographic trends that have partitioned Americans over recent years. With some assistance from the Pew Research Center, the video provides charts to back up the claim that Americans today look more like members of two "alien tribes" than two rival parties. In fact, the nation has become so oppositional in nature that self-proclaimed independents now tend to unconsciously represent one of the two sides in their beliefs, but simply deny the bad undertone that accompanies either major party. What a simultaneously fascinating and unfortunate time to live in America. Here's the video: 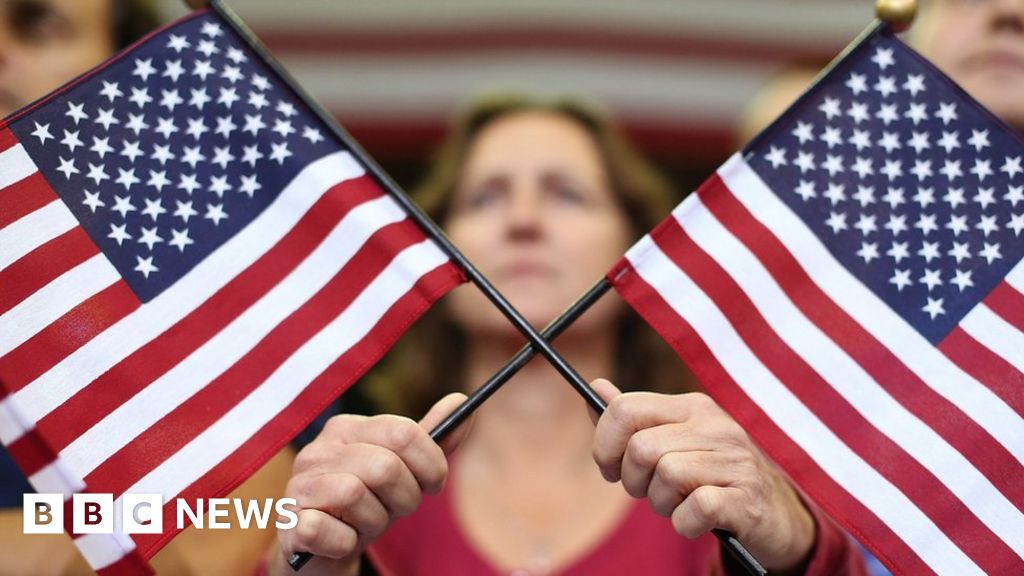 So what caused these polarized attitudes? For one, the video asserts that factors like the very neighborhood in which a person resides plays a role in that individual's political views and thought. Hyper-partisan news and social media enable Americans to live in ideological isolation; voters and non-voters alike can remain inside of an echo chamber forever if they desire. So long as that chamber fuels their minds with anger or disenchantment with the opposing side, they will feel they have less reason to hear what others have to say. American politics tends to function cyclically, but it has not always looked this way. Back in 1994, for example, the ideological divide was not so distant. According to the Pew Research Center, moderates were a majority of voters, and Democrats and Republicans were not so far removed from one another ideologically.

However, two decades later, the field of moderates has shrunken dramatically, and Democrats and Republicans have moved much further away from one another in terms of where they are willing to find common ground.

Can America eventually find that common ground? Hopefully in the future, but right now it isn't looking like it. Each American wants what each thinks is best for the country, but having a proper understanding of issues both in the forefront and background, as well as adequately determining what will work to fix what is most pressing at any given time is a full-time job in itself. One day, instead of democratizing unfounded opinion throughout social media, hopefully Americans and American media can strive for integrity in their sharing of information so voters can understand that America is in this together — whether they see it or not.

More like this
President Zelensky Spoke Out On Ukraine's Chances Of Hosting Eurovision Next Year
By Sam Ramsden
Michigan’s Governor Is “Going To Fight Like Hell” To Protect Abortion Access
By Andrea Zelinski
How To Fight For Reproductive Rights, Based On How Much Time You Have
By Courtney Young
Kim Kardashian Remembers Her Last Words To Death Row Victim Brandon Bernard
By Jake Viswanath
Get Even More From Bustle — Sign Up For The Newsletter