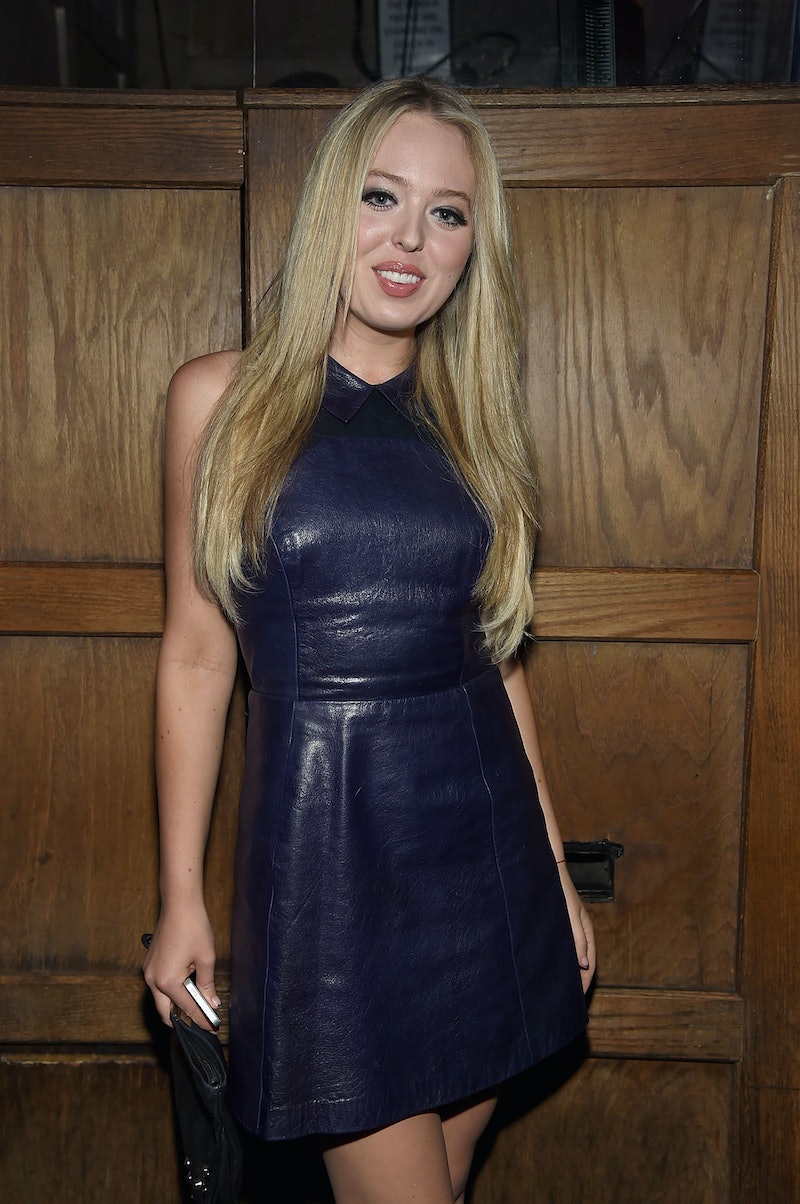 It's no secret that Republican presidential frontrunner Donald Trump has a big family. He has married three times and has five children in total. Grandchildren? Well, he has some of those, too, with five from his eldest son, Donald Trump, Jr., and two from his eldest daughter, Ivanka (who also has another one on the way!). But Americans hear so much about the eldest Trump children that the younger ones seem to go almost, dare I say, neglected. At least, as far a public notice goes. Since The Donald was married to Marla Maples from 1993 to 1999, it would make sense that he had enough time to fit another child into his large family, and that is where Tiffany comes along. So who is Tiffany Trump, Donald's daughter from his 1990s marriage?

She's a model, for one. She's also his sole millennial child. One reason she may not have received as much airtime as the eldest Trump children is that she was actually raised in Los Angeles, far from Trump's hometown of New York City. She's now a 22-year-old college senior at the University of Pennsylvania, her father's alma mater, studying sociology and law. Her social media presence reads like she has pretty diverse interests, and her Instagram account could just as easily belong to Gigi Hadid or Kendall Jenner. Not going to dance around this one: Her life looks pretty awesome.

One might ask how she feels about her father, as well as his polarizing presidential run. Her view of it all is actually quite endearing, which she revealed to ABC's 20/20:

She also told Barbara Walters in the same interview that she believes her father "speaks in a way that the average person can understand," which she feels is "refreshing for everyone." Apparently, the Trump family is onto something, because it seems to work in their favor.

Although she clearly loves her father, she did note that she is glad she inherited her mother's hair and not his. Fair enough. She also did not spend a great deal of time with him growing up. She vacationed at his Mar-a-Lago resort in Palm Beach every year, but otherwise, he was more of a hands-off father. She once told Du Jour:

I don’t know what it’s like to have a typical father figure. He’s not the dad who’s going to take me to the beach and go swimming, but he’s such a motivational person.

Currently, Tiffany Trump is involved with a modern-day "Rat Pack" of sorts, known by some as "the rich kids of Instagram," according to Du Jour. Some of her famous friends include Peter and Harry Brant (sons of Stephanie Seymour and Peter Brant), Kyra Kennedy (daughter of Robert F. Kennedy Jr.), Gaïa Matisse (great-great-granddaughter of artist Henri Matisse), and EJ Johnson (son of Magic Johnson). Apart from that, her father is proud of her good grades at UPenn, and she travels to some campaign events with them.

All in all, it looks like The Donald is trying to keep the family together. Certainly, the further Trump takes his presidential run, the more America and the world will see of Tiffany and the rest of the Trump brigade.