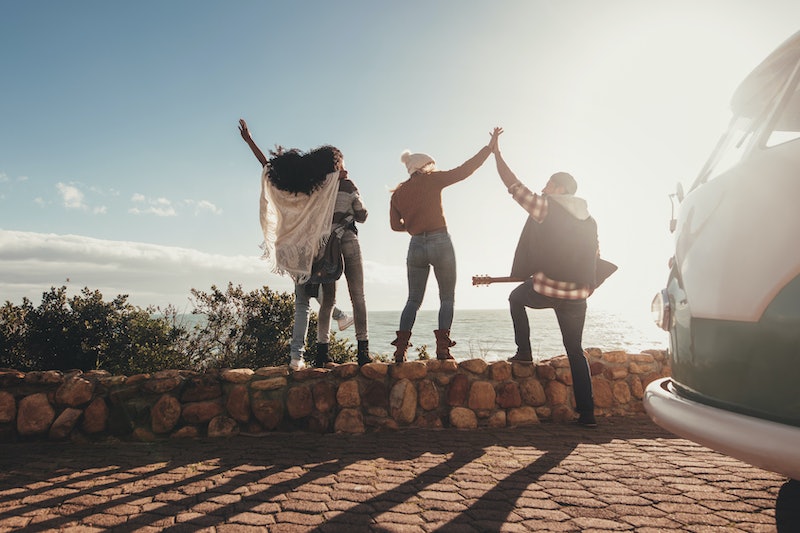 From totally killing it on the Quidditch field (or, you know, in the air above it) to defeating Lord Voldemort and the mighty forces of the Dark Arts at every turn, Harry Potter and his partners in crime know a thing or two about winning — and about losing, for that matter. (Particularly when it comes to winning and losing points for Gryffindor House. But I digress.) But succeed or struggle, one thing’s for certain: all 7 books of the Harry Potter series are filled with quotes about winning.

And who to write better about winning and losing than a woman who knows firsthand about the long road to success, what it takes to win, and all the pitfalls and privileges that come out of ending up on top. After all, J.K. Rowling first started writing when she was a mere 6 years old, and spent almost 7 years working on the first title of the Harry Potter series. But all her hard work definitely paid off, because… well, you’re reading this article, so I probably don’t need to tell you all about the J.K. Rowling’s journey from regular-person to worldwide bestseller. She wrote the books on winning — literally.

Here are 15 Harry Potter quotes about what it means to be a winner.

1. “Losing points doesn't matter anymore, can't you see? Do you think he'll leave you and your families alone if Gryffindor wins the house cup? If I get caught before I can get to the Stone, well, I'll have to go back to the Dursleys and wait for Voldemort to find me there, it's only dying a bit later than I would have, because I'm never going over to the Dark Side!”

2. “They stuff people’s heads down the toilet the first day at Stonewall,” he told Harry. “Want to come upstairs and practice?”“No, thanks,” said Harry. “The poor toilet’s never had anything as horrible as your head down it — it might be sick.” Then he ran, before Dudley could work out what he’d said.

3. “Scared?" Malfoy muttered, so that Lockhart couldn't hear him."You wish." said Harry out of the corner of his mouth.”

4. “Is it true that you shouted at Professor Umbridge?”“Yes,” said Harry.“You called her a liar?”“Yes.”“You told her He Who Must Not Be Named is back?”“Yes.”Professor McGonagall sat down behind her desk, frowning at Harry. Then she said, “Have a biscuit, Potter—““Have—what?”

5. “For our Hogwarts is in danger from external, deadly foesAnd we must unite inside her or we'll crumble from within”

― The Sorting Hat, Harry Potter and the Order of the Phoenix

6. “I say to you all, once again — in the light of Lord Voldemort's return, we are only as strong as we are united, as weak as we are divided. Lord Voldemort's gift for spreading discord and enmity is very great. We can fight it only by showing an equally strong bond of friendship and trust. Differences of habit and language are nothing at all if our aims are identical and our hearts are open.”

― Albus Dumbledore, Harry Potter and the Order of the Phoenix

7. “Get to that Snitch before Malfoy or die trying, Harry, because we’ve got to win today, we’ve got to.”

"So no pressure, Harry,” said Fred, winking at him.

8. “There you go, Harry!” Ron shouted over the noise. “You weren’t being thick after all — you were showing moral fiber!”

― Ron Weasley, Harry Potter and the Goblet of Fire

9. The long game was ended, the Snitch has been caught, it was time to leave the air....

10. "You are protected, in short, by your ability to love!" said Dumbledore loudly. "The only protection that can possibly work against the lure of power like Voldemort's! In spite of all the temptation you have endured, all the suffering, you remain pure of heart, just as pure as you were at the age of eleven, when you stare into a mirror that reflected your heart's desire, and it showed you only the way to thwart Lord Voldemort, and not immortality or riches. Harry, have you any idea how few wizards could have seen what you saw in that mirror? Voldemort should have known then what he was dealing with, but he did not!”

11. “Why are they all staring?” demanded Albus as he and Rose craned around to look at the other students.“Don’t let it worry you,” said Ron. “It’s me. I’m extremely famous.”

12. “Give her hell from us, Peeves.”And Peeves, whom Harry had never seen take an order from a student before, swept his belled hat from his head and sprang to a salute as Fred and George wheeled about to tumultuous applause from the students below and sped out of the open front doors into the glorious sunset."

― Dobby the House Elf, Harry Potter and the Chamber of Secrets

14. In spite of everything, in spite of the dark and twisting path he saw stretching ahead for himself, in spite of the final meeting with Voldemort he knew must come, whether in a month, in a year, or in ten, he felt his heart lift at the thought that there was still one last golden day of peace left to enjoy with Ron and Hermione.

15. The last trace of steam evaporated in the autumn air. The train rounded a corner. Harry's hand was still raised in farewell.“He'll be all right,” murmured Ginny.As Harry looked at her, he lowered his hand absentmindedly and touched the lightning scar on his forehead.“I know he will.”The scar had not pained Harry for nineteen years. All was well.