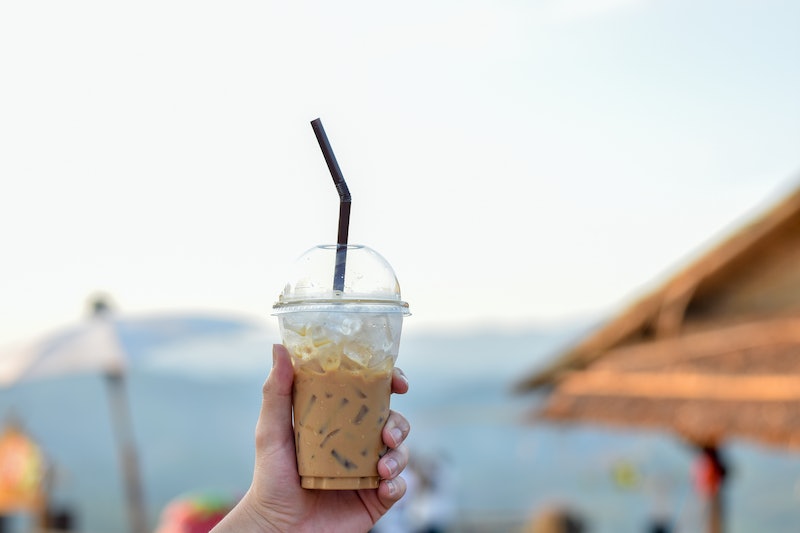 Caffeine — it's what makes the world go round. But, have you ever wondered how much caffeine is in a cup of coffee? Depending on how many cups of coffee you drink a day, your caffeine numbers could be skyrocketing. While there's nothing immediately dangerous about caffeine, if you're dealing with high blood pressure, high blood sugar, or anxiety, you may want to steer clear of it... or at the very least, cutback.

As you probably know, there are all kinds of coffee health benefits. But, depending on how you take your coffee (and I don't mean with milk and sugar — I mean single shot, double shot, brewed, or instant), the caffeine levels can vary greatly. And with the half-life of caffeine being around four to six hours, you want to be sure you're not overdoing it. Have you ever wondered why it's so hard for you to fall asleep? Coffee could be a key culprit.

There are ways to enjoy the good stuff without getting all caffeinated up, and there are ways to get some caffeinated energy without going overboard. It's always good to know exactly what you're putting into your body, and that includes caffeine. Get the facts below, and adjust your intake accordingly. Yes, there can be too much of a good thing sometimes.

If you're wanting the most bang for your buck, a standard eight ounce brewed coffee is your best bet. Containing 95 to 200 milligrams of caffeine, your basic brew can offer up more energy than an espresso shot.

Decaf coffee is a good route to go if you want the taste of your favorite morning beverage without all the jittery side effects. Containing only two to 12 milligrams of caffeine, this stuff is basically harmless.

Want to know how much caffeine you're adding to your latte when you order multiple shots? One ounce of espresso contains 47 to 75 milligrams of caffeine. It's a nice middle ground between decaf coffee and brewed coffee.

Yes, there is such a thing as decaf espresso, and it contains zero to 15 milligrams of caffeine, so you can enjoy as many cappuccinos as you'd like without the buzz.

Coming in at 27 to 173 milligrams of caffeine per eight ounces, the amount of caffeine you're getting from instant coffee really depends on the brand you're buying. Usually, the more scoops needed to make a cup, the more caffeine is involved.

An eight ounce decaf instant coffee contains as little caffeine as your regular brew decaf coffee, so you might as well stick with whatever tastes best to you. At two to 12 milligrams of caffeine, this stuff won't be keeping you up at night.