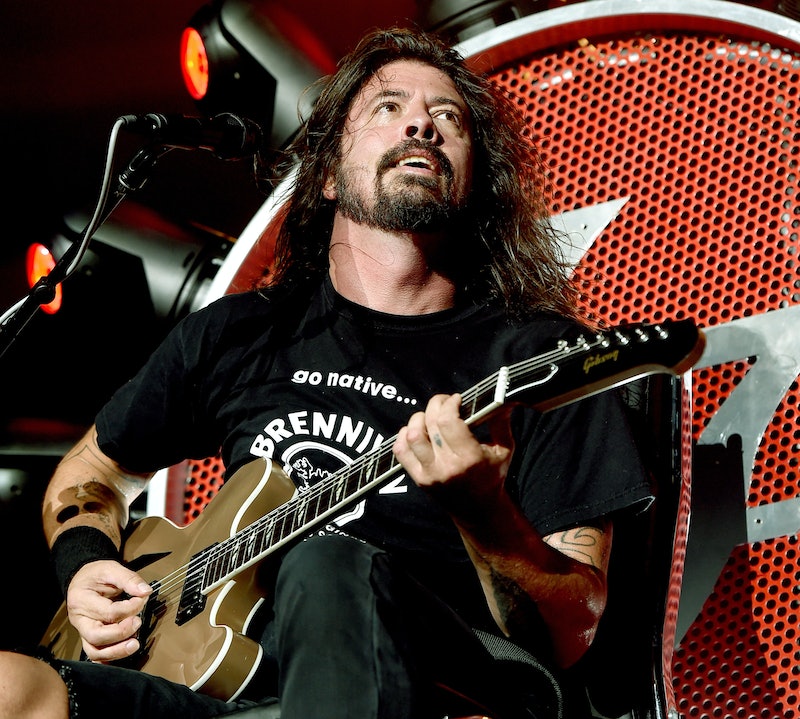 The 2016 Oscars are shaping up to be quite a party, as more and more exciting presenters and special guests keep getting added to the roster. Several musicians have been confirmed as performing at the Oscars, including Lady Gaga, Sam Smith, and The Weeknd. They're all nominated in the Best Original Song category, so their confirmed appearances make a lot of sense. More mysteriously, however, Dave Grohl will make a "special performance" at the Oscars. What exactly will Grohl be doing at the ceremony? And what does "special performance" even mean? Will Dave Grohl be singing at the Oscars in 2016? Let's investigate.

While it might seem a little bit random that Foo Fighters frontman and Nirvana stalwart Dave Grohl is at the Oscars, there may be a very straightforward explanation for his being there. In fact, there could be several very good reasons. Firstly, the Shaun The Sheep Movie is nominated in the Best Animated Feature Film category, and Grohl co-wrote one of the songs on the Shaun The Sheep Movie soundtrack, "Home," with his band Foo Fighters. Could he be performing the track in honor of the movie getting a nomination? I mean, it's nominated alongside critically-acclaimed fare such as Anomalisa and Inside Out, making it quite an impressive accolade indeed.

Another reason could be the fact that Cobain: Montage Of Heck was released in 2015. Although the documentary is not nominated for any Oscars, perhaps the Academy are honoring the fact that Nirvana songs continue to be used and celebrated in movies year on year. The greatness of Kurt Cobain endures, and, even though the documentary about the band isn't up for any accolades, it certainly had a big impact upon its release.

While both of these guesses could be wrong, it'll be exciting to see Dave Grohl perform at the Oscars 2016, especially since it's his first appearance onstage at the ceremony. Whatever his "special performance" turns out to be, it's sure to memorable. Grohl is one of the greats.