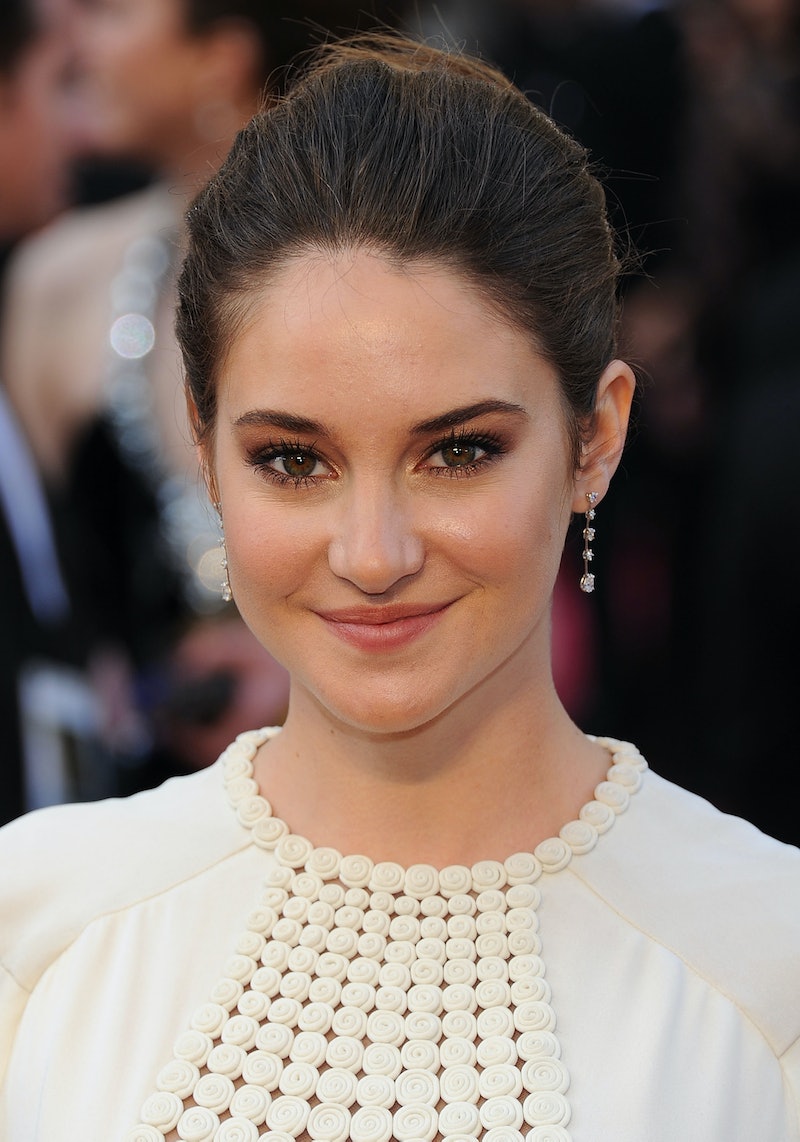 This off-the-grid, travel-loving actor has worn just about every style during her relatively brief time in the spotlight, but Shailene Woodley's most controversial red carpet look might surprise you. Believe it or not, one of her most covered-up ensembles received the most negative comments from critics. Backlash or no, Woodley still counts the all-white look among her favorites.

She might have the smallest closet ever, but that never stops Woodley from looking fierce on the red carpet. The Divergent star has worn everything from pantsuits to oversized dress on the red carpet. The look that got the most criticism, however, was her 2012 Oscars gown by Valentino, which is surprising to me because it's seriously gorgeous. The star was just 19 at the time, and attending her first Oscars ever.

"When I wore it, a lot of people in the fashion world criticized my choice because, 'Why is she covering up so much of her body, she's so young?'" Woodley says in video for InStyle. "And I remember thinking, the Oscars is the most glamorous, classic event you can go to in life, an event that represents classic everything, and that dress to me was so classy and so feminine with a strong masculine sense to it."

The fashion critics don't bother her, though. She still calls this her favorite red carpet look.

Considering how many different styles Woodley has worn to red carpet events, it's a little bizarre to think that her Oscars gown was her most controversial. This woman has some serious style and isn't afraid to play around with her outfits. Just look at all the other incredible looks she's rocked over the years.

Woodley is no stranger to a fabulous pair of pants. She wore the minimalist black and white look to Elle's Women in Hollywood event.

She amped up her look for the 2015 MTV Movie Awards, where she sported two bold prints in one fabulous outfit. She also traded in her heels for a pair of combat boots.

Taking a break from the tailored pant, Woodley showed some skin for the Insurgent premiere. The timeless, high-slitted look was absolutely gorgeous.

This simple look is every bit as fabulous as it is simple. She wore the off-white gown to the Hollywood Film Awards with only a dainty necklace to accessorize.

Woodley looked fierce in her pantsuit for GQ's Men of the Year party.

Amping up the color for The Fault in Our Stars premiere, her outfit was a stand-out. As Woodley says in the InStyle video, "There's a time and place for color, and this was it."

Woodley's mix-and-match style Met Gala look was completely unique. Her Rodarte dress was like all of her signatures meshed into one stunning outfit.

This woman can pull of anything!

More like this
How To Master Baby Braids, According To TikTok
By Tomi Otekunrin
Remember When Benedict Cumberbatch Announced His Engagement In A Newspaper Ad?
By Hugh McIntyre
The £11.99 Acne Busting Treatment Florence Pugh Swears By
By Tomi Otekunrin
Tom Cruise Gives His Honest Review Of Lady Gaga’s New Song For 'Top Gun: Maverick'
By Hugh McIntyre
Get Even More From Bustle — Sign Up For The Newsletter