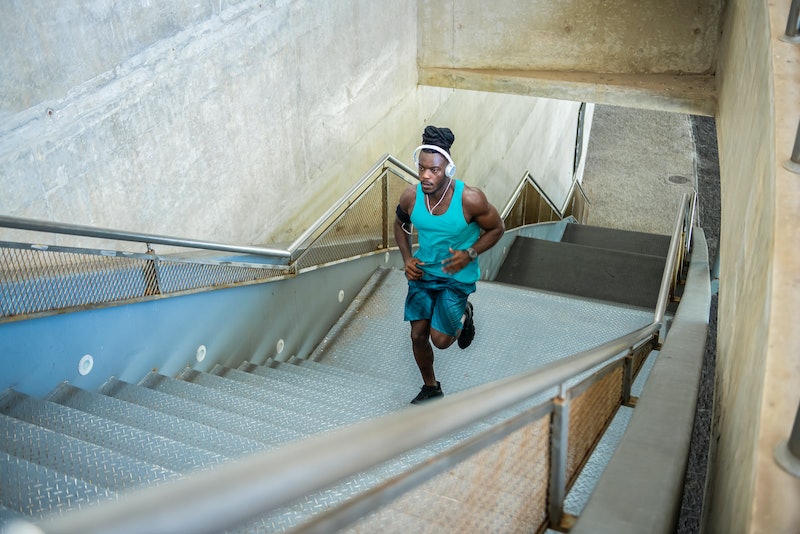 I’ve never been shy about the fact that I am not into running (to put it mildly); I get that running is great for preventing heart disease, obesity, type 2 diabetes, and some cancers, but, seriously, why all the fuss? New research, however, reveals that the sport has another major benefit: Running boosts you brain power. And not just any kind of running: The study, published this month in the Journal of Physiology, found that endurance running — running at a moderate speed over long distances — caused the brain to produce significantly more new cells than other forms of exercise. If that’s not enough to make you hit the track — or at least seriously consider hitting the track for the first time in your running-hating life — then I don’t know what will.

According to The New York Times, previous research has shown that exercise is good for overall brain health. Studies involving animals have demonstrated that physical activity stimulates increased neurogenesis (aka the production of new neurons in the brain), particularly in the hippocampus, a part of the brain connected to memory, learning, and spacial navigation. These studies, however, didn’t distinguish between different types of exercise and mostly focused on endurance running (think rats running in a wheel or on a treadmill).

This new research, led by scientists at the University of Jyvaskyla in Finland, was aimed at seeing how different types of exercise would affect brain cell growth — and the results show that, when it comes to neurogenesis, not all workouts are created equal. The researchers tested rats in four separate groups: One group was given running wheels that would allow the rats to run at moderate speeds for extended periods. Another undertook interval training by running on treadmills in short, intense bursts interspersed with bouts of low intensity activity. A third group practiced weight training by climbing with weights attached to their tails. A control group was kept sedentary.

After six to eight weeks, the scientists inspected the rats’ brain tissue, looking for new cells in the hippocampus. They found that rats who had been regularly running over long distances had a lot more new cells in their hippocampi than rats that had been sedentary — two to three times as many, in fact. But the weight and interval training didn’t have the same effect: Interval training showed only a slight increase in neurogenesis, and weight training revealed none at all. (These results don’t mean that you should throw out your weights or stop doing sprints. As The New York Times points out, for example, weight training has major benefits for muscular health, and weight and interval training might help the brain in ways not covered by the study.) Although this study was limited only to rats, the researchers believe, “[t]entatively,” that these forms of exercise would affect human brains in the same way.

If you hate running so much that even the promise of boosting your brain function doesn’t tempt you to strap on a pair of sneakers, don’t lose hope just yet: In their paper, the scientists conclude that “sustained aerobic exercise” — not endurance running specifically — increases neurogenesis. So you may be able to get the same neurological benefits with other kinds of aerobic activity, like swimming or cycling.