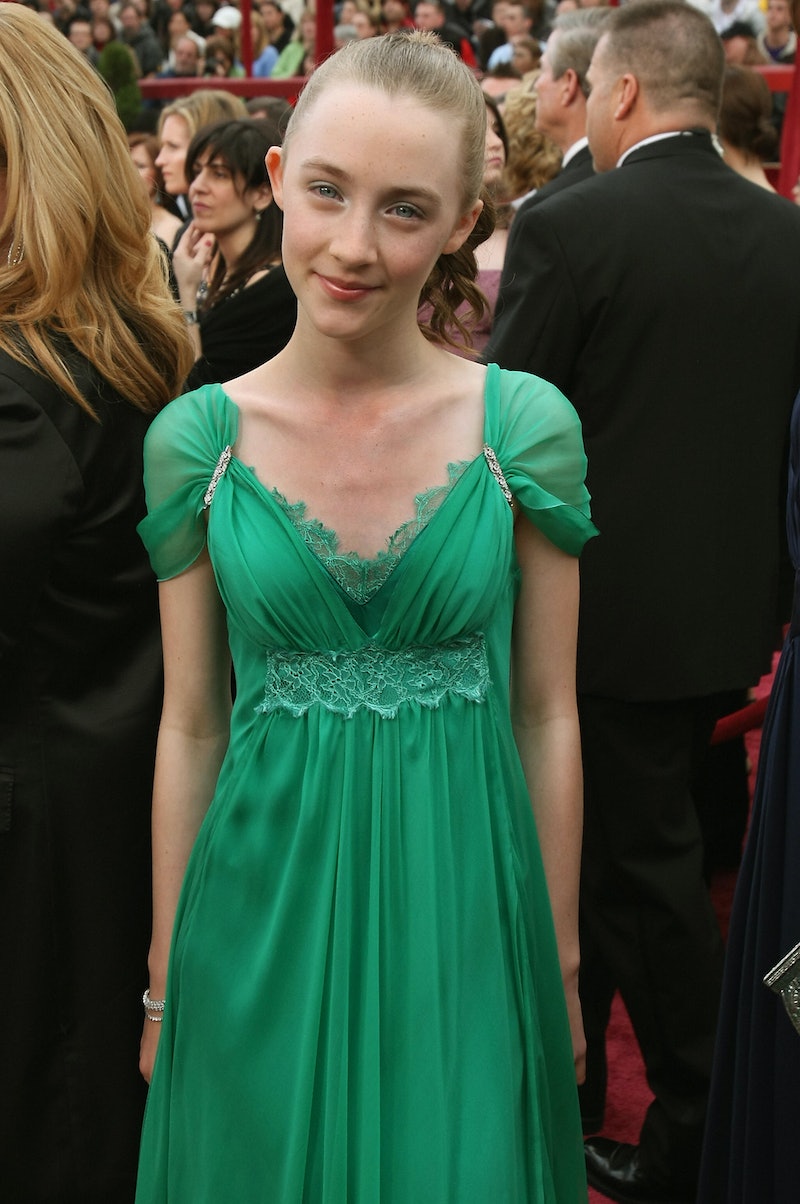 This year's group of Oscar-nominated actresses are amongst some of the most stylish ladies in Hollywood, but have you ever thought about what they looked like before they became famous? While some had a few too many fashion faux pas before growing into the fashion icons they are today, others got it right from the very first time they hit the red carpet. Saoirse Ronan's first Oscars dress was way ahead of its time, winning her the title of most fashionable Academy Awards debut ever, at least IMO.

Believe it or not, this year's Best Actress nomination is not the first for 21-year-old Ronan. Back in 2008, the Irish movie star was just 13 years old when she snagged a nomination for her role in Atonement. Two Academy Award nominations before she's even an adult? Now that's impressive. What's even more impressive is the sophisticated style she brought to Hollywood's most fashion-forward event, as just barely a teenager.

Ronan showed up to her first-ever Oscars dressed to the nines in an Alberta Ferretti gown that combined the right amount of age-appropriate elements with high-fashion vibes. The Italian design held a stunning emerald green color that, as you may recall, was deemed color of the year by Pantone in 2013. Talk about ahead of its time. Topped off with chiffon cap sleeves, dainty embellishment, and matching colored lace, this dress could have easily been on red carpets of today's day and age.

Check out the pretty look.

It's hard to believe she was only 13 years old — she looks so grown up!

Ronan's beauty look was on point, too. The actress played up her blue-green eyes with a subtle metallic green shadow to match the dress. She kept the rest of her face pretty simple, apart from some rosy gloss and pale pink blush. I also love how she rocked her natural skin and let her freckles take center stage in the look.

I can't wait to see what Saoirse rocks to the 2016 Oscars, because you know it's going to be good.