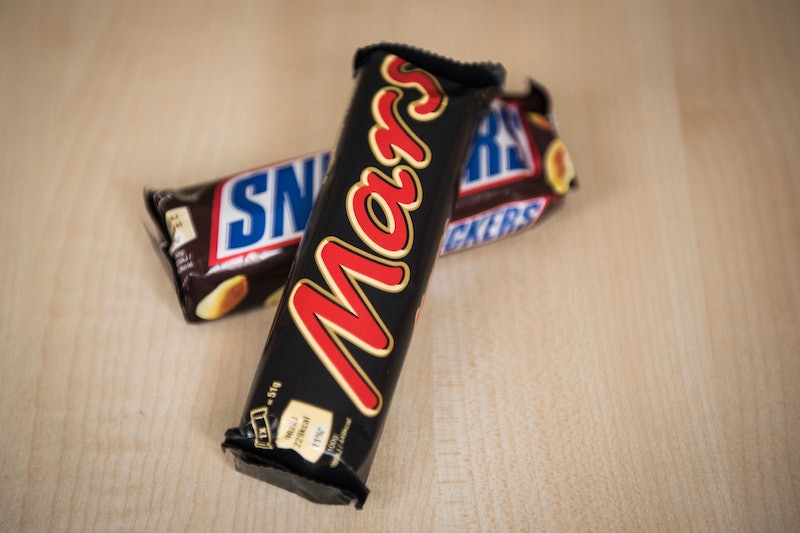 On Tuesday, chocolate corporation Mars Inc. announced a huge recall across 55 countries of many of its most popular products, including Mars Bars, Milky Way, Snickers, Celebrations, and Mini Mix. The American-based company reportedly found pieces of plastic, which present a choking hazard to consumers, in some of those famous candies, which prompted the extensive recall. So far, it does not apply to candy sold within the United States.

The recall was initiated when a customer found a red piece of plastic in a Snickers bar bought on January 8 in Germany and complained to the company. The plastic was traced back to the firm's production plant in Veghel, Netherlands, which determined that it was a piece of protective cover used in the process of manufacturing the candy.

Mars says its top priority is customer safety. “We want to avoid having consumers who bought one of the products consume them,” the company said in a statement on its German website. All the potentially contaminated products originate from the factory in Veghel, according to Eline Bijveld, Mars corporate affairs coordinator for the Netherlands. Bijveld told The Guardian that the recall is totally voluntary, and is only being performed "out of precaution." "We are currently investigating exactly what's happened, but we cannot be sure that this red piece of plastic isn't in any other of our products from the same production line," Bijveld said.

Candies with a "best before" date between 19 June 2016 and 8 January 2017 are included in the recall, so consumers in the affected countries should double-check their Mars chocolate products before eating them. The recall extends to 55 countries, including the U.K., Germany, Spain, and France, and reaches as far as Sri Lanka and Vietnam.

Mars has several plants in the U.S., including in Hackettstown, New Jersey and Topeka, Kansas. The separate production processes in North America and Europe mean that American consumers are safe from the potentially contaminated chocolate. Mars produces an extremely wide variety of other products as well, including Pedigree dog food, Uncle Ben's rice, and Wrigley's gum. These products are unaffected by the recall in all countries.

News of the recall, which is most likely the largest in the company's history, crashed the Mars website server, so all-in-all, not a great day for Mars. The recall will be costly, as customers must be compensated for their purchases and merchandise will be taken off shelves, but it should barely put a dent in the approximately $33 billion in annual global revenue the company claims. You can find a full list of the products being recalled here.

More like this
Taylor Swift, Kerry Washington & More Speak Out On Uvalde Mass Shooting
By Jake Viswanath
Photos Of Boris Johnson Drinking At A Downing Street Lockdown Party Have Surfaced
By Bustle UK
Starbucks’ Chocolate Cream Cold Brew Tastes Like This Retro Candy
By Emma Garza
M&S Is Selling A Corgi Version Of Colin To Toast The Queen’s Platinum Jubilee
By Sam Ramsden
Get Even More From Bustle — Sign Up For The Newsletter