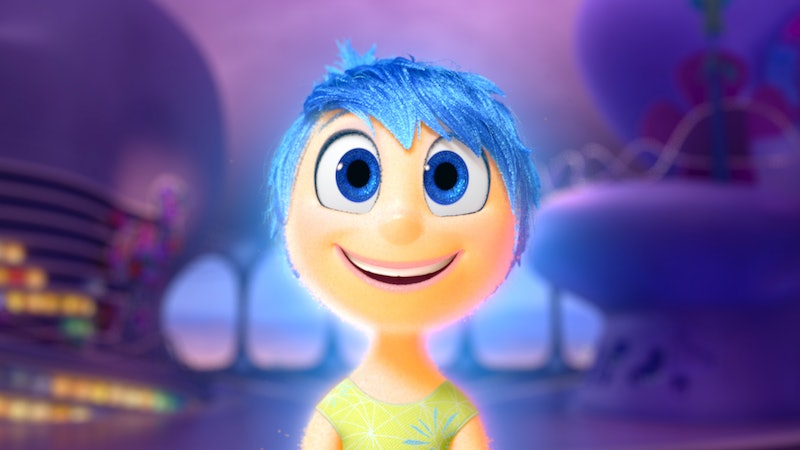 The 88th Academy Awards are right around the corner, and you've probably already started making your predictions for the biggest night in movies. You've been reading up on all the stats of who is likely to win (put all your money on Leonardo DiCaprio for Best Actor!) and, by this point, you're pulling your hair out to decide who is actually going to take home the Best Picture statue. That's why it's time to start focusing on some of the crazy 2016 Oscars facts that may not help you win the office pool, but will make you a hit at the party.

This isn't just a list of all the trivia you've been hearing all awards season long. (Did you hear that The Revenant director Alejandro G. Iñárritu will make history if he wins Best Director again this year? Of course, you did.) No, this is all about those tidbits that haven't been shared a million times. The facts that will impress your friends during those commercial breaks. Some of this trivia looks at those behind-the-scenes categories that often get forgotten, while the rest tries to focus on the things you don't know about some of your favorite nominees. Yes, believe it or not, there are still fun facts about DiCaprio, Jennifer Lawrence and Kate Winslet that you haven't read yet.

So roll out the red carpet and get ready to learn a little more about this year's nominees.

Sure, you knew that DiCaprio is the star of The Revenant and will more than likely win the prize for Best Actor, but, if you were watching Room closely, you may have spied DiCaprio's face hanging on the wall of main character Joy's bedroom. Yes, Joy (played by Brie Larson), like many teens, had a crush on the Titanic heartthrob and a subscription to Teen Beat.

2. There Are Three Nominated Movies That Feature A Character Named "Joy"

The name "Joy" is reportedly the 374th most popular name in America this year (up from #404 last year), but it's the most popular name in this year's Oscar race. The name is featured in three movies: Room, Inside Out and (duh!) Joy. Both Brie Larson and Jennifer Lawrence are up for the statue for Best Actress for characters named Joy, meaning there's a two out of five chance that someone playing a woman named "Joy" will go home with that prize.

For the film Creed, Stallone portrayed the character of Rocky Balboa 39 years after he originally portrayed him in the 1976 film Rocky. Even better, he got another nomination for it. Whether he wins or loses the prize for Best Supporting Actor though, he has already set the record for most years between nominations for portrayals of the same character. According to The Hollywood Reporter, Paul Newman previously held the record for playing "Fast Eddie" Felson in 1961's The Hustler and then again 25 years later in 1986's The Color Of Money, winning the Best Actor award the second time around.

4. Steven Spielberg Is The Most Nominated Producer Of All Time

5. Jennifer Lawrence Is The Youngest Person To Ever Land Four Acting Nominations

It seems like Jennifer Lawrence has been a star forever, but in reality, she's only 25 years old. Her youth also earns her the title of the youngest person to ever land four acting nominations. This year she's up for Joy, but she's previously earned nominations for Winter's Bone, American Hustle and Silver Lining's Playbook, which won her the Best Actress trophy in 2013. Three of these four nominations, including Joy, were for movies directed by David O. Russell — all of which had her playing a woman older than she really is.

6. The Revenant's Cinematographer Could Make History

The Revenant's cinematographer Emmanuel Lubezki has been nominated for Best Cinematography three years running and won the last two years. If he wins this third time, he will set the record for most consecutive wins in the category.

7. The Composer Of Star Wars Is The Most Oscar Nominated Person Alive

The Hateful Eight's Ennio Morricone set a new record for oldest nominee for the Best Original Score. He's 87 years old. He's been nominated a total of six times in his career — his last being in 2000 for Maléna — but has never won.

9. An Eddie Redmayne Best Actor Win Would Put Him On Tom Hanks' Level

Though last year's Best Oscar winner Redmayne is not the frontrunner at this year's Oscars, his second Best Actor nomination in a row means that, if he does win it for the Danish Girl, he would join a special club, one in which Tom Hanks is a member: the two in a row club. Hanks won the Best Actor statue in both 1993 for Philadelphia and 1994 for Forrest Gump. The only other actor to pull of that same feat was Spencer Tracy, who won in 1937 and 1938.

10. 30 Percent Of This Year's Acting Nominees Have Already Won An Oscar

Out of the 20 acting nominees this year, six have actually already won one: Eddie Redmayne, Cate Blanchett, Jennifer Lawrence, Christian Bale, Kate Winslet and Matt Damon, who is the only one on this list who didn't actually win his Oscar for acting. Damon won his first and only Oscar for co-writing the Best Original Screenplay for Good Will Hunting alongside Ben Affleck.

11. Kate Winslet Is Only One Award Away From An EGOT

Of course, that award isn't an Oscar. She already won that back in 2009 for The Reader. She also won an Emmy in 2011 for Mildred Pierce and a Grammy in 2000 for Best Spoken Word Album for Children (a category that no longer exists). This means she just needs to get that Tony. Her son, who is "obsessed with records," is certainly rooting for her, as she made clear to Reuters: "So since he has learned about this EGOT thing, he’s like, ‘Mum you’ve gotta do it.’”

J. Law is young and making that paper, as we're learning in this list of Oscar trivia. According to Fortune, with $52 million, Lawrence is the highest paid 2016 Oscar nominee. Sadly, not one of her fellow Best Actress nominees earned more than $6 million.

13. Domnhall Gleeson Isn't Officially Nominated, But He May As Well Be

The Irish actor didn't earn any nominations on his own, but he is in four movies that are nominated for Oscars: Brooklyn, The Revenant, Stars Wars: The Force Awakens and Ex Machina. Being that two of those movies are nominated for Best Picture, I can't help but wonder where he's going to sit that night. Tom Hardy is the only other actor who appears in two Best Picture nominees, with The Revenant and Mad Max: Fury Road. To one up Gleeson, he did earn a Best Supporting Actor nomination for The Revenant.

Now get out there and impress your friends on Sunday, while you all root for DiCaprio to finally get that Oscar. (Just me? Okay.)

More like this
Remember When Benedict Cumberbatch Announced His Engagement In A Newspaper Ad?
By Hugh McIntyre
Tom Cruise Gives His Honest Review Of Lady Gaga’s New Song For 'Top Gun: Maverick'
By Hugh McIntyre
Regina King Puts Her Career, Family, & Friends Before Romance
By Jake Viswanath
Cameron Diaz Just Recreated *That* Iconic 'There’s Something About Mary' Scene
By Rachel Mantock
Get Even More From Bustle — Sign Up For The Newsletter