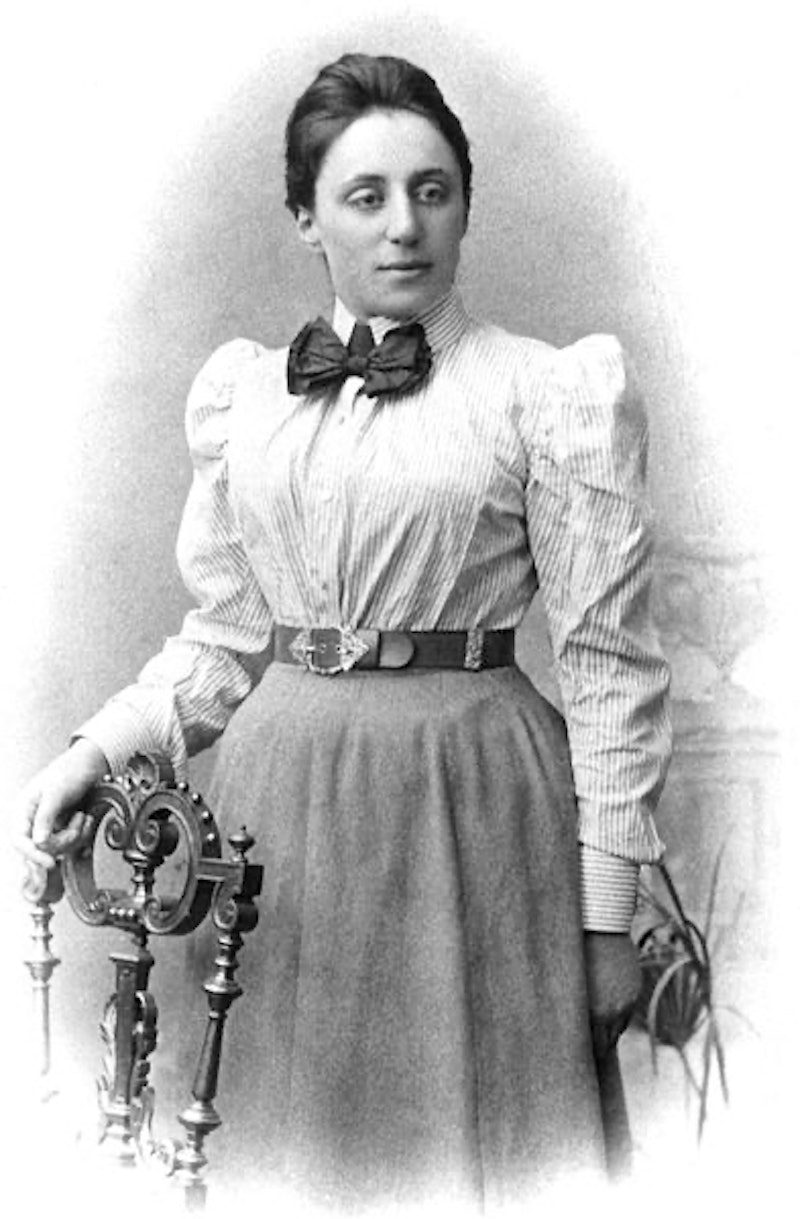 What women did you learn about in school? Queen Elizabeth I, definitely; Marie Curie, Amelia Earhart, Elizabeth Cady Stanton, Ida B. Wells, and hopefully some other boldface names like Sally Ride and Rosalind Franklin. But alongside every woman who found a place in the syllabus, there are countless others who should have been there, either because they supremely illustrate a moment in history, because they're badass, or, usually, both.

Women in history have been pioneers in disciplines from mathematics to astronomy to natural history, despite huge opposition from sexist structures both in Europe and around the world. They've also been warriors, world-changing novelists, and groundbreaking paleontologists, but often they're left out of the historical narrative so completely that you gain a picture that's all dudes, all the time. Fortunately for everybody, that's not the case, but there are definitely some awesome women who need to be given their due. The UK has just decided to put pioneering but lesser-known scientist Mary Somerville on the new Scottish 10-pound note; it's time for other women to share that limelight.

Here are seven women to add to your own personal history book; even if you were never much of a scholar at school, they're going to inspire you.

Hypatia belongs on basically every list: kick-ass women in history, women who influenced mathematics, women who changed education forever, you name it. Born in Egypt to the famous thinker Theon of Alexandria, she's the earliest female mathematician we know about, and was the most prominent mathematician and astronomer of her time, teaching and working on geometry, number theory, and astronomical theory. That's remarkable for any time, let alone mid-4th century Alexandria.

If you did learn about her, though, it's likely because of the manner of her death (spoiler: pretty horrible). She was murdered by a mob of Christians looking for blood because of serious religious tensions in Alexandria, who saw her educational status and teachings as signs of hellish paganism. Hypatia's more than her death, though; she's an awesome academic figure.

When you're taught about the development of caterpillars into butterflies in kindergarten, you are, in part, learning Maria Sibylla Merian's discovery. Unbelievably, until the German-born naturalist Merian turned up, scientists mostly held that caterpillars and butterflies were entirely unrelated. But Merian, in her capacity as a naturalist illustrator, kept caterpillars for sketching (one of the few artists at the time to sketch live insects), and so was able to document their extraordinary life cycle, including their fluttering final form, in a book published in 1679.

That's not the end of her bad-assery, either. She did some of the most beautiful natural illustrations in history from life when she took a trip to Suriname, now part of South America, on her own, entirely self-funded. She drew and painted species that had never been seen in Western science before, and her work as a whole fundamentally changed scientific opinions about insect life cycles.

If you grew up wanting to be a paleontologist or fossil-hunter, Mary Anning is basically your hero. The British scientist was one of the greatest finders of dinosaur remains in human history, roaming the cliffs of Dorset, England and finding hugely scientifically significant fossils that have changed the way we think about dinosaur species and fossilization processes.

Unfortunately, Anning was widely excluded from fame and fortune during her life because of the sexist restrictions in the scientific community. She supported herself by selling fossils to collectors and museums, and was given a pension by British scientific associations and the British government, but died of breast cancer at 47.

4. Emmy Noether: "The Greatest Woman Mathematician Who Has Ever Lived"

Girls inclined towards mathematics should hold up Emmy Noether as their guiding star. When she died, no less a person than Albert Einstein wrote passionately to the New York Times, declaring her "the most significant creative mathematical genius thus far produced since the higher education of women began." She was, simply put, the most brilliant woman of her age, but was discriminated against in her native Germany both because of her gender and because her later career as a mathematician coincided with the rise of the Nazis (Noether was Jewish, and was forced to come to America to teach at Bryn Mawr in 1935).

Noether's imprint is found all over theoretical physics and abstract algebra; she produced a theorem in 1915 that's one of her most famous contributions. Norbert Weiner, the brilliant American mathematician who formulated the idea of cybernetics, called her "the greatest woman mathematician who has ever lived". Somebody to know about, right?

Yaa Asantewaa is one of the most significant female political leaders in Africa's modern history, a woman in power who led a rebellion in 1900 that would play a pivotal role in the history of Ghana and British colonialism in Africa. She was a royal, a queen, and a strategic warrior.

Assantewaa is primarily remembered as a great orator and leader who gave a rattling speech in 1900 at a meeting of the local Asante nation leaders as they were trying to figure out how to deal with the British, who had kidnapped their king. Rousing the others, Assantewaa led the nation into the famous Asante Uprising as its chief commander; even though the rebellion foundered and led to her deportation to the Seychelles, where she died in 1921, she was allowed to be returned to Ghana for royal burial. She's a Ghanian hero who totally deserves to be more widely known for her colonial-era courage.

One of the most brilliant thinkers to ever emerge from South America, woman or not, Sor Juana Ines De La Cruz has an astonishing and very feminist life story. A highly intelligent member of the royal Mexican court, she gave up her privileges to become a nun and pursue academic study (the only option for a woman to get an education at the time), and soon had a flourishing scholarly career and a huge library in her convent. An accomplished poet, she's now seen as a major Mexican figure in the Spanish Golden Age.

Sor Juana would have been remarkable even if that was the end of it, but in the 1690s she came into conflict with the Catholic Church for passionately arguing for the right of women to education, and was, it is now believed, forced by the bishop to recant and take a vow of silence for the remainder of her life.

Murasaki Shikibu is one of the most significant literary creators who ever lived, but the title of her great work, The Tale Of Genji, is far better known than her own life. The Tale Of Genji is often regarded as the first novel ever written, the invention of a form that would change world literature forever; it's a collection of sprawling tales built around the (ridiculous) adventures of Prince Genji, and is still celebrated as one of the finest pieces of Japanese literature ever written.

We actually don't known the real name of the author of Genji; the novel was written by a noblewoman in the court of Heian Japan, but it's not revealed which one she was. The Tale Of Genji is now seen as one of the building-blocks of world literature, but the author herself remains obscure, seriously undeservedly.

More like this
How To Fight For Reproductive Rights, Based On How Much Time You Have
By Courtney Young
How To See The Lunar Eclipse On May 15-16, 2022
By Kaitlyn Wylde
Sandra Bullock, Girlboss Extraordinaire
By Matt Harkins & Viviana Olen
The Music Industry Continues To Fail Black Women
By Precious Adesina
Get Even More From Bustle — Sign Up For The Newsletter