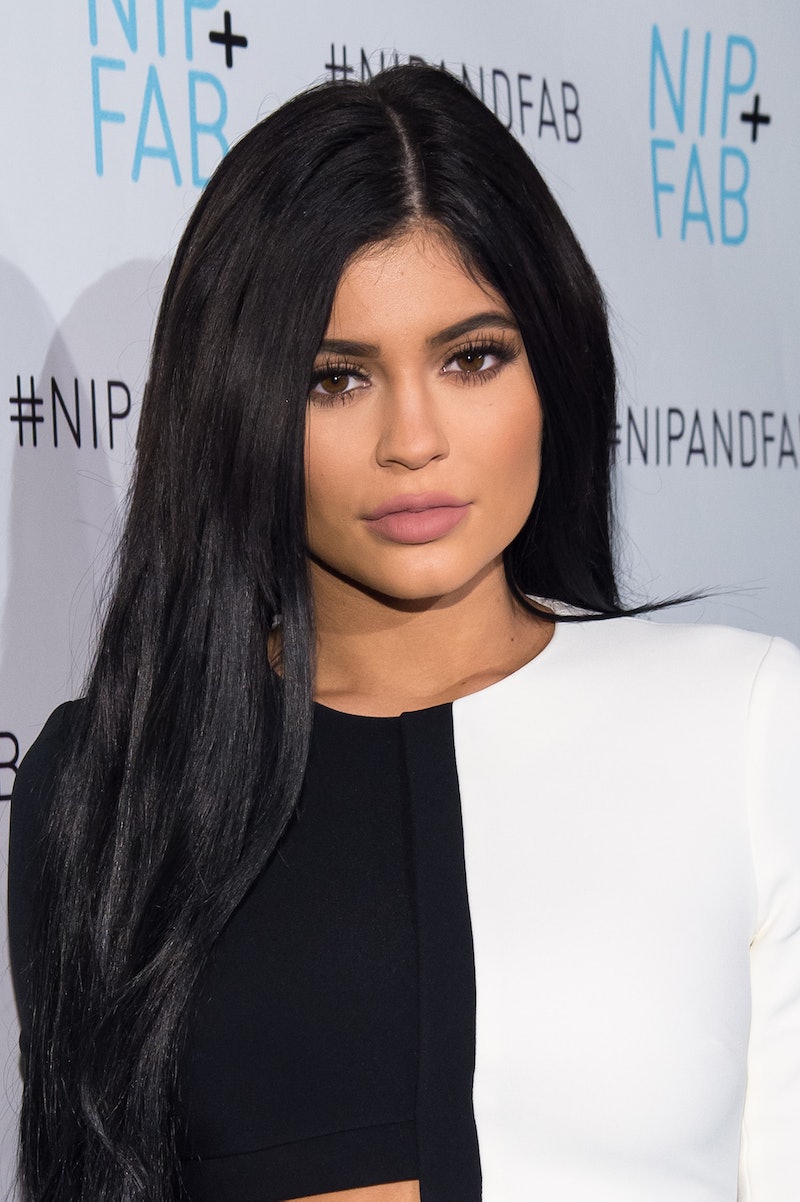 If you are all about Kylie Jenner's app like so many people are these days, there's probably a familiar face you're used to seeing pop up in the reality star's videos. This week, Jenner began filming a segment called "Cooking With Kylie" where the 18-year-old teaches her viewers how to whip up some of her favorite recipes. Helping her out in the kitchen was her friend, Victoria — who also appeared in a makeover video on the app — but who is she, actually? According to Vivala, her full name is Victoria Villarroel Gamero, and she's not just her assistant in cooking, Gamero is also Jenner's assistant in real life. Makes a little more sense now that they spend so much time together, right?

Even more impressive? Gamero is actually 23 and working with Jenner, who's only five years her junior. I have a feeling they have something going on that's similar to what big sis Kim Kardashian has with her assistant, Stephanie Sheppard — sure, they work together, but they're friends, too. And getting paid to hang out with Kylie Jenner? That's a pretty sweet gig. Where do I sign up for that?

Here's everything you need to know about Gamero. Spoiler: She's actually awesome.

She Started Out As An Intern

Get this: There's a thing called Jenner Communications, and that's where Gamero got her start. The website is shrouded in mystery, but it seems like it's Kris Jenner's management company. Either way, Gamero's Linkedin page confirms that she interned there from 2012-2014 and then became Kendall and Kylie's assistant last July. And the rest is history!

She Lives Her Life In Black & White

At least, as far as her Instagram is concerned. Most of her photos are colorless and super striking, including ones that involve Jenner.

There's Definitely A Good Amount Of Play In Her Job

Coolest job ever! How do I get paid to take emotion-filled photos on a jeep at sunset with Kendall and Kylie?

She Might As Well Be A Member Of The Family

She could easily be a distant Kardashian relative. A cousin, maybe? Too bad her name starts with the wrong letter.

It's official: This girl is living my dream life. And despite the fact that she's tackling what has to be a fun and stressful job, it looks like she's rocking it. Jenner, bring Victoria back for more cooking videos! And make cupcakes next time.