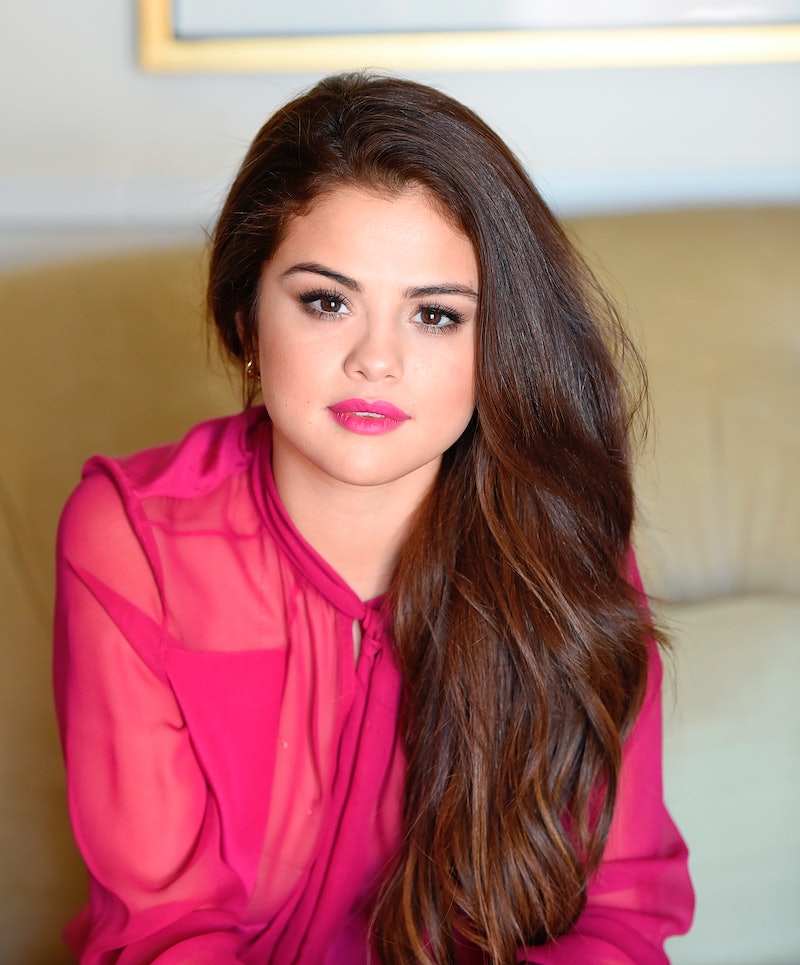 This singer is kicking off a brand new tour, and she is bringing some new faces along with her as well. Selena Gomez's Revival Tour makeup artist is only 17-years-old, but don't think that mean she's a beginner. Lottie Tomlinson — yes, that's One Directioner Louis Tomlinson's little sister — will be joining Gomez's makeup crew for two months of the tour, according to Seventeen. This girl has earned her spot in the makeup world, and there's no doubt she'll fit in perfectly with the rest of Gomez's glam squad.

When I first heard that Gomez asked a 17-year-old to do her makeup on tour, I thought "Good for her! She's giving a this kid a chance!" but I was so very wrong. She might only be in her teens, but Tomlinson is a makeup pro. In fact, she's already done Gome'z makeup once before. According to Seventeen, she did a touch-up for the star while working with beauty guru Lou Teasdale and that's what led to her joining her on tour.

"[Gomez] was on The X Factor in the UK at the same time as [One Direction]," Lottie told Seventeen. "We met backstage. She came to Lou to ask her to do her hair. She had really long hair at the time, and it was getting all knotted up. So I was assisting Lou with her hair, and she asked for a makeup touchup. I said, 'Sure, I can do that!' And she liked it, and we're still in contact."

Looks like sheer luck and some talent goes a long way!

Gomez hasn't had a ton of makeup artists in the past, so Tomlinson joining the team is kind of a big deal. There's no doubt in my mind that she'll do a great job, though. Here are the other talented makeup artists that have become the singer go-tos.

Not only was he a makeup artist and photographer, but Bailey, who passed away in 2015, was a close friend of Gomez's.

Recently Vanngo has been the master behind most of her looks. He dolled her up for the Victoria's Secret Fashion Show and got her ready for a few other red carpets as well.

His work is gorgeous!

Hay worked her magic on Gomez for the 2016 Grammys. The singer looked absolutely gorgeous with her lightly smoked eye and glowing skin.

I can't wait to see how Tomlinson's work compares to her other makeup artists' work.