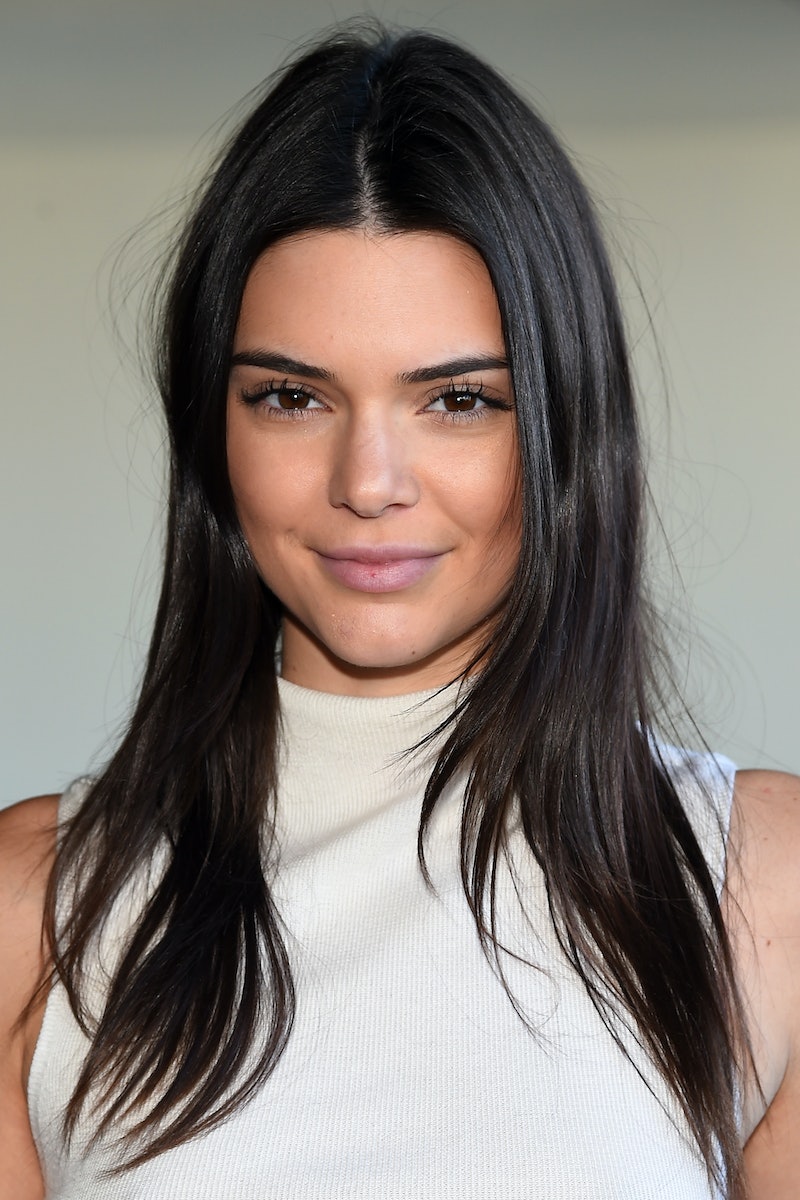 Way back when, I went to Madame Tussauds's Wax Museum in Times Square and had a traumatizing experience in a House of Wax exhibit that haunts me to this day. And though she may have not been chased out of a maze by someone emulating a serial killer with a wax face, Kendall Jenner was scared of her own wax figure when she saw it. Proving that I am not the only one creeped out by the wax sculptors accuracy. And also proving that it's OK that I'm still terrified of wax figures in general...

While I have seen some poor iterations of celebrity wax figures, this installment certainly is not one of them. And Jenner agrees on the whole spitting image thing. Jenner told Madame Tussauds' of her wax figure, "At first I was really freaking out, but now we're getting used to each other."

Um, I sure hope so. If Madame Tussauds ever pulled A Night of the Museum type antic and all the figures came to life at night, Jenner would be in trouble. The wax figure looks so much like her that I wouldn't even do a double take if I saw her on the cover of Vogue instead of the second youngest of Kris Kardashian's brood. And we definitely don't want to have a Single White Female situation on our hands.

It looks like Jenner has made a smart decision in trying to befriend the inanimate figure, you know, in case it ever comes to life. Check out the pictures of the doppelgängers below. But do it with the lights on and the doors locked.

Up Close And Personal

I truly can't see the difference between them.

That's one way to go about it.

It's a lot for me to process, but this wax figure is impressive. Even if it is terrifying for all of us.