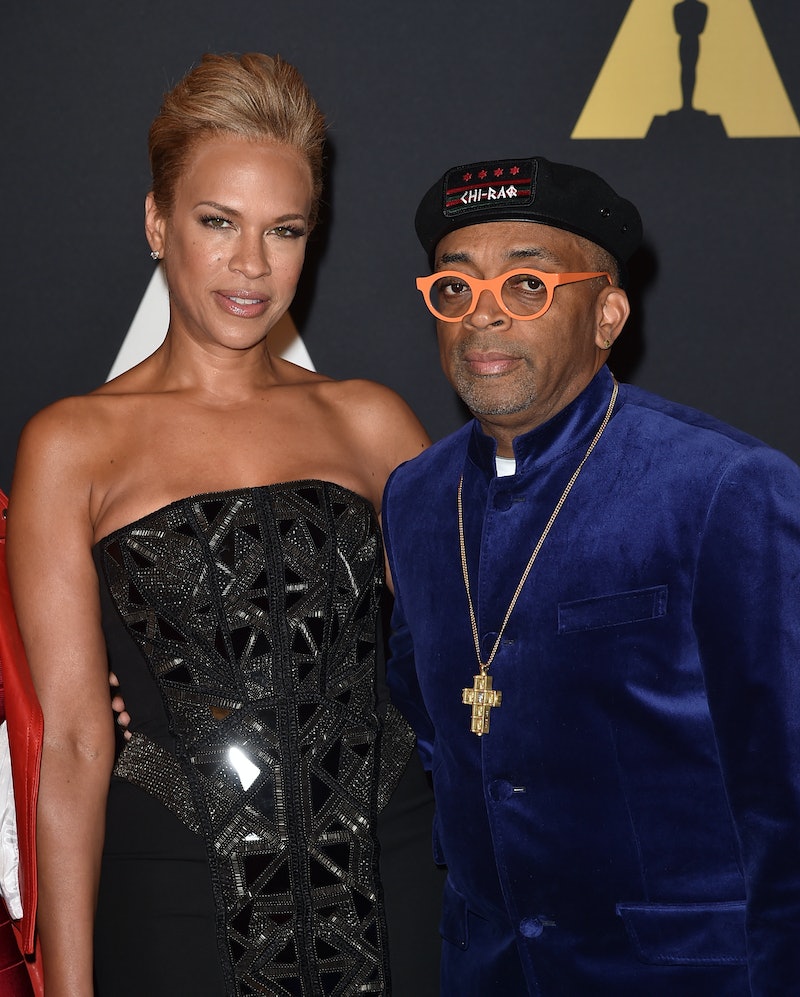 On Tuesday, Tonya Lewis Lee, wife of filmmaker Spike Lee, responded to the news that Lee is endorsing Democratic presidential candidate Bernie Sanders by offering a separate endorsement of her own. "Just to be clear, while my husband @SpikeLee supports Bernie Sanders @HillaryClinton is my candidate! We need Hillary to be the next POTUS!" she posted on her Twitter and Facebook accounts. Her husband is currently featured in a Sanders radio ad aimed at South Carolina voters ahead of the state's upcoming Democratic primary on Saturday. But unlike Spike, Tonya isn't feeling the Bern.

Her husband might have the more high-profile career, but Tonya Lee is a powerhouse and political insider in her own right. A native of New York City, she graduated from Sarah Lawrence College and the University of Virginia School of Law before working in a prestigious Washington, D.C. law firm. In 1992, she met her husband at the Congressional Black Caucus Weekend, and the couple has been together ever since. Tonya later started her own production company, and helped produce the award-winning documentary I Sit Where I Want: The Legacy of Brown v. Board of Education.

She has also been outspoken about public health issues prevalent in the African-American community. In 2007, Lee became the spokesperson for the Office of Minority Health’s campaign “A Healthy Baby Begins With You,” which worked to combat the high infant mortality rate in the United States, which disproportionately affects the black community — out of every 1,000 African-American babies born in the United States, 11 die in infancy. Lee also produced a short documentary to coincide with the campaign, Crisis in the Crib: Saving Our Nation’s Babies.

In 2012, Lee founded the website Healthy You Now, which promotes healthy living for women of color. "When it comes to women of color in general, we tend to be at the top of every bad list when it comes to our health," Lee told Black Enterprise during an interview shortly after the site launched. "I wanted to create the site to bring [public health] resources to the community."

Lee's endorsement of Clinton is making headlines because of its contrast to her husband's endorsement, but it should be making news all on its own. Lee has an incredibly distinguished career and a record of activism and political involvement that would make her an ideal spokesperson for any presidential candidate. Her view isn't important simply because she doesn't agree with her husband — it's important because of her own accomplishments.