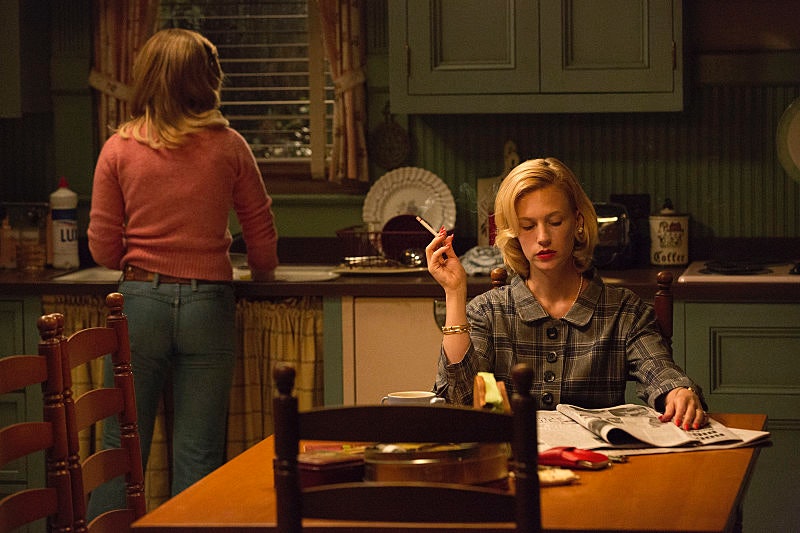 When things aren't going right, we often joke that our parents eternally screwed us up and that everything is their fault. It's funny for most people, but for those of us out there who have toxic parents, it's not always a laughing matter, because their actions really do have had lasting effects on us. Toxic relationships aren't any good for you in general, but there seems to be another dangerous layer added on when the dysfunction starts with your parents. They're the people who raised you, fed you, and surrounded you with an environment that still influences how you go about your social life today.

Life coach and author Kristen Brown says growing up in a toxic home is something that could affect you for the rest of your life, which is why it's extremely important to distance yourself from your parents at a certain point — unless they change their behavior. If you've been dealing with parents who do things like guilt-trip you into doing things for them, or who constantly criticize you, or who ask you to keep secrets from another parent, then you might consider putting some distance between you and the toxicity.

Dealing with all this behavior doesn't only mess with you emotionally, though. Toxicity has the ability to affect your physical health as well, in many shapes and forms, which gives you all the more reason to kick dysfunctional people out of your life, at least until their behavior changes. Here are five ways having toxic parents affects your health.

1. You Have A Higher Risk Of Developing An Anxiety Disorder

Growing up in a home with toxic parents could lead to a battle with an anxiety disorder. In 1998, a study showed that someone who has dealt with "persistent prolonged dysfunction" with their parents is more likely to develop general anxiety disorder (GAD), whether it manifests in their younger years or their adult life.

Of the 940 adults who took part in the study, researchers found that factors like parents' age, income, education, number of children, and country of origin had no impact on whether the individual was going to face GAD at some point — but children who were products of parental dysfunction were indeed more likely to struggle with anxiety.

Your toxic parents might have also made it much harder for you to even identify your anxiety in the first place. Often times, as a child, displays of mental illness aren't taken well in dysfunctional homes. Instead of acknowledging fearful, anxious emotions, toxic family members will dismiss them or, even worse, punish kids for acting that way. That might prevent you from seeking out help for your mental illness later in life, making it all the more difficult to deal with.

Heidi Hanna, author of Stressaholic: 5 Steps to Transform Your Relationships With Stress, told Everyday Health that the kind of secondhand stress that is passed between parents and children can have a lasting effect on the way we function. Even when you're not in a situation that is inherently stressful, you're at risk for interpreting it as such, because your body is so used to being strung out.

When there isn't much communication happening, which is very common in a toxic household, the buildup of stress stays in your mind. This causes you to react negatively in many different scenarios, and the stress just keeps cycling in and out. Hanna recommends becoming more "self-protective of your energy." In other words, don't put up with stressful crap from your parents all the time, lest it completely ruin the way you interact with everyone else in the world.

Being around toxic people is exhausting, even more so if you actually live with them for an extended period of time. Hanna also says that the more stress you experience in close relationships, the less energy you have to get everything done in your life. She says it's not uncommon to "become more fatigued as the day goes on," which also makes it more likely for you to get into arguments with people around you.

With toxic parents, you often spend a lot of time sifting through passive aggressive comments, guilt, and mixed signals. You become overwhelmed with all the time spent navigating uncertainty until eventually you lose hours of precious shut-eye or your sleep cycle gets completely thrown off. Negativity doesn't wear off that quickly either, so you might even experience these side effects long after you've moved out.

4. You're More Likely To Have Heart Problems

In 1985, a longterm study began on 10,000 men and women, and lasted for the next 12 years. Researchers monitored participants physical and emotional health, and evaluated their closest relationships. They found that the individuals with the most dysfunctional relationships were at a higher risk of developing heart problems in their lives that could lead to fatal cardiac arrest, compared to the people who weren't dealing with toxic family relationships.

The Journal of the American Heart Association released a more recent study in 2014, which followed 82,000 women over the course of 16 years. One connection they found was that women who have experienced numerous stressful life events and "high levels of social strain" were 12 times more likely to develop coronary artery disease. Of course, this doesn't only apply to toxic parents — it appears any toxic relationship increases your risk.

5. Your Immune System Is Compromised

Chronic stress brought on by toxic relationships causes your immune system to release inflammatory cytokines. These are chemicals that are meant to kill off viruses and bacteria, but when the immune system is hyper-activated, the cytokines turn evil, so to speak, and can even result in autoimmune diseases, such as atherosclerosis. High levels of these cytokines are hard to get rid of, and they can exacerbate depression and anxiety disorders as well.

Psychologist and author Dr. Ramani Durvasula told Livestrong that constant arguing or disagreement in close relationships could also result in a weaker immune system in general. That means the hostility that is often present between toxic parents and their kids can cause people to get sick more often. For example, you might catch the common cold when your coworkers don't, or develop infections more easily.

Dr. Durvasula said patterns of negativity and criticism become ingrained biologically, and your health suffers as a result. The research on this connection might be scant, but almost all experts agree: There's no good that comes out of toxic relationships, and the sooner you can remove yourself from them and take care of yourself, the better shape your body will be in.

More like this
How To Fight For Reproductive Rights, Based On How Much Time You Have
By Courtney Young
Michigan’s Governor Is “Going To Fight Like Hell” To Protect Abortion Access
By Andrea Zelinski
I'm Going Off My Bipolar Meds to Try to Get Pregnant
By Anonymous, as told to Anna Goldfarb
15 Ways To Tell Someone Was Just Talking Behind Your Back
By Carolyn Steber
Get Even More From Bustle — Sign Up For The Newsletter