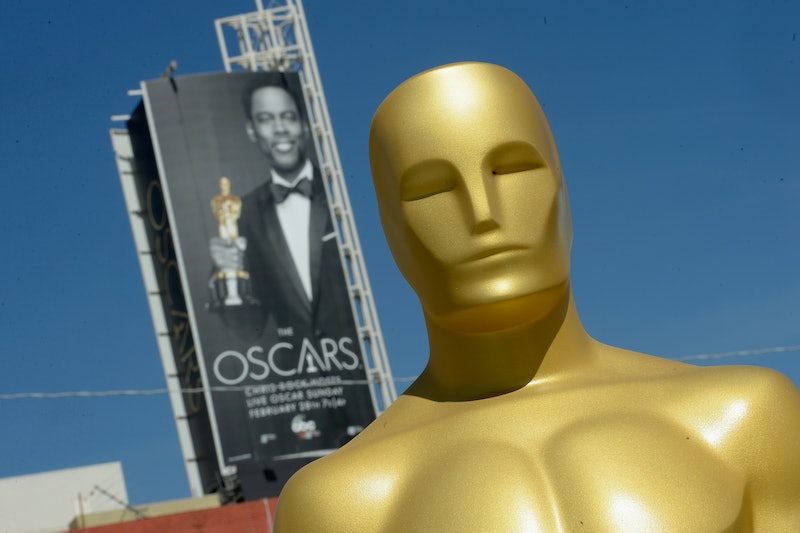 Get your computers ready, everyone! The 88th Annual Academy Awards are just around the corner, and you don't need to be in attendance to catch all of the red carpet action. In fact, there are several ways to stream the Oscars without leaving the comfort of your couch. Fashion and movie buffs rejoice!

When it comes to tuning into the live coverage of the Academy Awards, those in the United States can tune to either ABC or the E! Network. Both channels will be streaming live red carpet coverage beginning. Tune in at 5:25 p.m Eastern Time for E! and 7 p.m. Eastern Time for ABC.

Don't have a TV? Don't worry! Both of the red carpet pre-shows will be streamed on the each network's respective websites and apps. However, if you're living outside of the United States, you can still catch all of the red carpet action as well as the live show. Many international networks will be streaming the coverage live, which is pretty amazing if you ask me. Now, there's no reason to miss entertainment's most fabulous night. Here is how you can watch all of the 88th Annual Academy Awards coverage no matter where you are in the world.

Canadians can tune into the Oscars Red Carpet coverage starting at 6:30 p.m. ET/3:30 p.m. PT on CTV's eTalk at the Oscars. The red carpet coverage and commentary are available for lifestream on CTV Go service and CTV.ca.

TNT Latin America will be airing live red-carpet coverage on both the network and through their TNT Go service. Below are the local premiere times for all of the red carpet action provided by The Hollywood Reporter.

See? No matter where you are in the world, you can get your Oscar's fix.

More like this
Remember When Benedict Cumberbatch Announced His Engagement In A Newspaper Ad?
By Hugh McIntyre
Tom Cruise Gives His Honest Review Of Lady Gaga’s New Song For 'Top Gun: Maverick'
By Hugh McIntyre
Cameron Diaz Just Recreated *That* Iconic 'There’s Something About Mary' Scene
By Rachel Mantock
'Bosch: Legacy 'Is Bringing Its Beloved Main Character Back
By Kadin Burnett
Get Even More From Bustle — Sign Up For The Newsletter