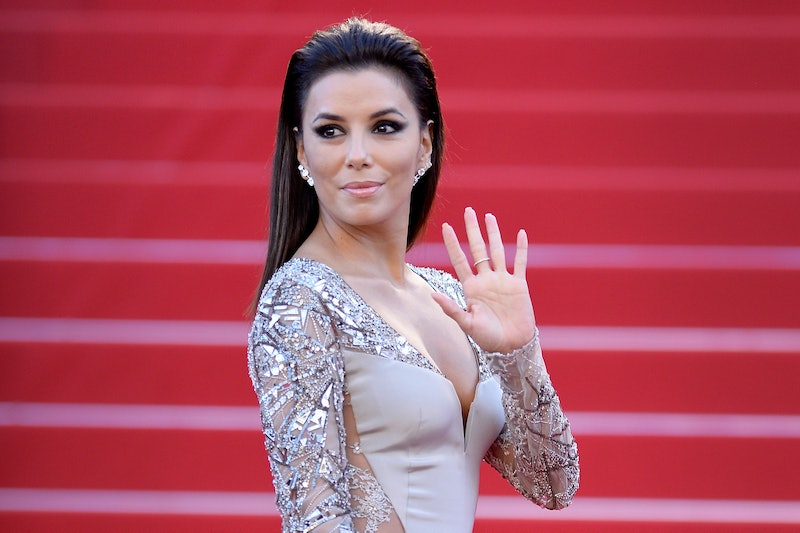 The issue of diversity in Hollywood has reached a point of where action is necessary now. We need to talk about it. We need to make changes. We need to represent the beautiful and vast colors and shapes of every minority in this country — and there are a lot. In a recent New York Times piece titled "What It’s Really Like to Work in Hollywood," writer Melena Ryzik spoke to many people who make the industry diverse, including people of color, women, and members of the LGBT community, to discuss their personal experiences of trying to make it as a minority, or as Ryzik puts it, "not a straight white man."

As a Latina growing up in the '90s and '00s, I have noticed a wider representation in film and television of the unique culture that shaped the person I am today. This change has not gone unnoticed by myself and many others, and I realize that in order to get to this point, many Latinos actors in Hollywood have been fighting a fight long before a film or television show reaches the screen, and these stories need to be heard.

The stories and struggles of this community are close to me, but never do they undermine those of other minorities; I understand that each fight is different. Recently, Gina Rodriguez tackled the issue of #OscarsSoWhite by launching her hashtag #MovementMonday, meant to highlight Latino actors and projects and call for support from the Latino community. But before we could have her show Jane The Virgin, a show based on a telenovela that is killing it on primetime television with a primarily Latino cast, we needed actors like America Ferrera, Eva Longoria, and Jimmy Smits who decided early on that they would fight to be seen.

The NYT piece chronicles the long journey of a diverse roster of actors, some sharing their experiences in diversity as early as college. Smits, co-founder of the National Hispanic Foundation for the Arts, shared,

[After] Brooklyn College, somebody said, “You can probably go to L.A. now and be the crook of the week on Hill Street Blues, but you should think about graduate school.” [At] Cornell — I got a scholarship — I got to do everything. I could handle verse, I could speak Shaw, I could do Pinter.

Ferrera shared a heartbreaking story of an early audition in which she first felt the hurt of not being the status quo. She said,

I was 18 and putting myself on tape for a movie I really wanted. I got that phone call: They cast a Latino male in another role in the film; they’re not looking to cast [a Latina]. So I defiantly bleached my hair blond, painted my face white and made the audition tape. I never heard back. I just remember feeling so powerless. What do you do when someone says, “Your color skin is not what we’re looking for”?

With the growing diversity of the population in our country, many new generations are living the unique experience of being multicultural. People are now presented with the dilemma and question of whether they are enough of each culture to really represent it. Longoria opened up about her early struggles with being "Latino enough:"

I didn’t speak Spanish [growing up]. I’m ninth generation. I mean, I’m as American as apple pie. I’m very proud of my heritage. But I remember moving to L.A. and auditioning and not being Latin enough for certain roles. Some white male casting director was dictating what it meant to be Latin. He decided I needed an accent. He decided I should [have] darker-colored skin. The gatekeepers are not usually people of color, so they don’t understand you should be looking for way more colors of the rainbow within that one ethnicity.

Smits also shared an anecdote of being expected to have an accent to properly represent a Latino character, "I have been in rooms with people arguing over a character that’s not really fleshed out, that just because the surname is Latino, that automatically means you have an accent. I’ve been told that I wasn’t Latino enough, which was code for street enough."

But along with their early struggles, these actors are proud to share of the small, yet important, steps that are unfolding before them. Longoria has stepped into developing projects for Latinos and said that although many may not be fleshed out, there are now more voices supporting and fighting for them. She shared,

I was developing a medical show, and the lead was a Latina heart surgeon. It didn’t go forward [for various reasons]. Networks say, “We’re on board with diversity,” and they’ll develop it, but they seldom program it. We don’t have enough people in the decision-making process. We have decision influencers, which is a new thing. There’s one brown person in the room that goes, “I like that idea."

Smits also opened up about a moment that he realized his work was actually making a difference. He said,

I was asked to speak at a bar association, because there’s an upswing on college applications — in general and for Latinos — because of L.A. Law. I went to a couple of functions, and I just felt an energy: It was, you’re doing a good job, but do you realize how important it is?

Longoria shared a great story that has been a long time coming concerning casting for one of her shows. She said, "On Telenovela, it was refreshing for casting to go: “Eva, you’re Latino heavy. We need to cast one white male somewhere in there.”

Could anyone have guessed that at some point a cast could be almost completely full of minority characters? Just in this fact, we should celebrate the strides that have been made, done at the hands of the actors, directors, producers, etc., who never lowered their voice. We need to hear these stories to know that the battle was difficult and it is still ongoing, but also the stories of their successes to know that it can, and will, be won.

More like this
'Heartstopper’s Joe Locke Has A Sweet Message For Queer Fans
By Sam Ramsden
Jake Daniels Just Became The UK’s First Active Football Player To Come Out As Gay Since 1990
By Sam Ramsden
Harry Styles Called For "Backlash" In Powerful Statement On Abortion Rights
By El Hunt
'Gentleman Jack’s Cast & Crew Are Keen On Season 3, Too
By Frances Stewart
Get Even More From Bustle — Sign Up For The Newsletter