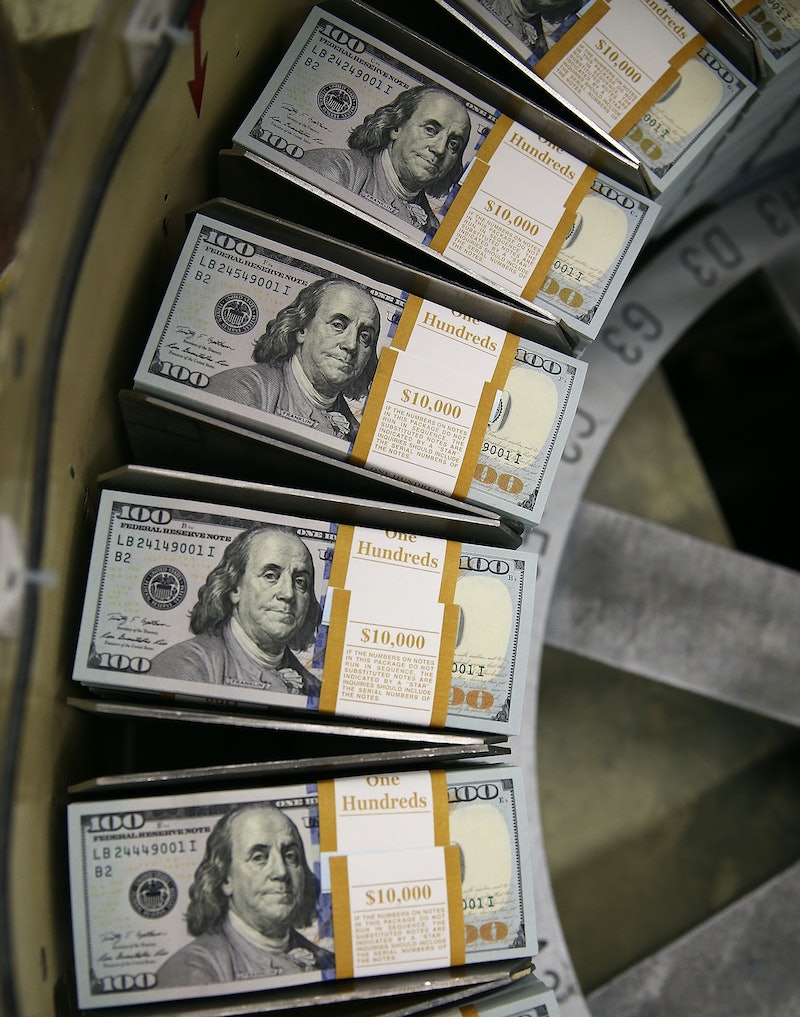 There's no such thing as a free lunch — or a free tank of gas. But the question of precisely why that tank of gas is so expensive is on a lot of people's minds, as evidenced by these Google autocomplete results analyzed by Improvenet. After looking at the most common results for the Google search "Why is [X] so expensive?" they were able to determine what people in various states think is the most expensive thing to buy in their state. Do you agree with the results for yours?

I have no idea why Maryland thinks their marijuana is expensive, but they certainly seem interested.

This one is actually kind of sad. People in five states — Hawaii, Louisiana, Arkansas, South Carolina, and Maine — want to know why milk is so expensive, which is a good indication that parents are having a hard time buying enough of it for their kids. Like I said, sad.

Utilities, man. What are you going to do? But even though no one likes it when the electric bill arrives, people in Vermont, Massachusetts, and Arizona seem particularly concerned that their electric bills are expensive.

If your state hasn't shown up on here yet, chances are good that your fellow citizens are mostly concerned about the price of gas. In fact, almost half the states in the nation have "gas" as their most common search in this formula. Which kind of means that gas is probably just generally expensive.

To see a map of all this Googling, and to find out more about what people are Googling regarding your state — including what their preconceptions seem to be — you can go to Improvenet's website here.

More like this
Your Home Could Seem So Much More Expensive If You Tried Any Of These Cheap Tricks
By Dena Ogden and Sara Brown-Rigoli
An Honest Review Of The TikTok-Famous WalkingPad
By Kaitlyn Wylde
If Your Refrigerator Is A Mess, These 25 Organizing Products Can Help
By Courtney Young
The 6 Best Closet Dehumidifiers On Amazon
By Sharon Brandwein
Get Even More From Bustle — Sign Up For The Newsletter