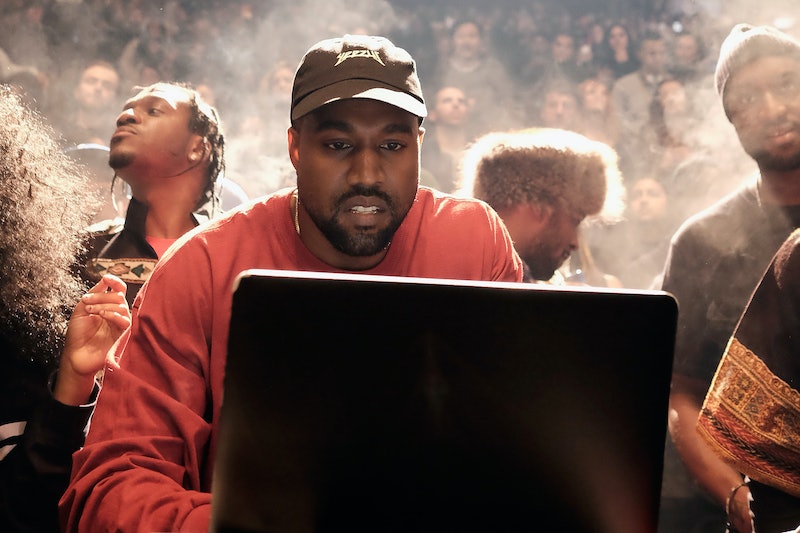 You guys remember Kanye West, right? Talented guy, pretty opinionated, just came out with an album about 45 seconds ago? Well, it might be time to evaluate our idea of him slightly, because, on Wednesday, Kanye announced new album will be out this summer. Yup, you read that right. Summer 2016. Less than two weeks after his seventh studio album The Life of Pablo came out, Kanye has announced his next one, and it's in the same calendar year. Holy crap, dude, whatever happened to sitting in your success for a minute? Even just hearing talk of a schedule like that makes me feel like I need a nap. This announcement was made via Twitter on Feb. 24, so just 10 days after TLOP's release, before it's even made it to Spotify, and I can't be the only person shocked by it, right?

I mean, we're living in a world where it takes most artists at minimum a year between albums to generate enough new material — and a lot of times we wait much longer, cough cough Adele cough cough — and Kanye is talking about doing it in half that time, about six months. And he's also announcing it beforehand, which is a bold move, because, instead of getting to drop a secret album and pleasantly surprise all of us, Kanye is gonna have the whole world watching his every move the moment we get within spitting distance of the end of May.

This is honestly just so crazy. We obviously don't have any details besides that one tweet, so there's no word on whether Kanye will be using material that didn't make it onto The Life of Pablo or coming up with entirely new stuff, but, no matter what, the lesson here is that we have to stop underestimating Kanye West. It's easy to do, because he talks such a big game and is so full of himself, but, if Kanye really pulls off a turnaround this quick between albums, it might be time to acknowledge that he really could be the prolific genius he's always claimed.