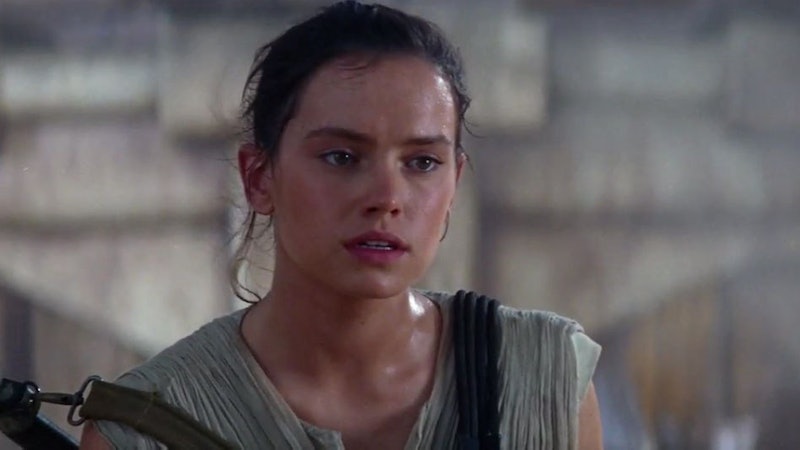 Now that award season is coming to a slow, it's time to reflect on which movies earned accolades from Hollywood over the past few months. While it was certainly one of the biggest box office wins, Star Wars: The Force Awakens has also earned a considerable amount of praise from critics and award shows alike. It stars Harrison Ford, introduced audiences to BB8, and features Han and Leia's son — what more could George Lucas fans want?

Star Wars: The Force Awakens is the seventh film in the franchise set in a galaxy far, far away. It's the highest grossing film in the United States — ever. (And that's pretty impressive for any galaxy.) But while it did phenomenally well at the U.S. (and global) box offices, big dollars don't always translate to award season success. The Disney film was nominated for an Academy Award in five categories: Best Film Editing, Best Original Score, Best Sound Editing, Best Sound Mixing, and Best Visual Effects. Five nominations is nothing to complain about, but the film was notably left out of the larger categories, such as Best Picture, Best Director, and acting divisions. Still, it has the potential to take home awards in editing, effects, and sound categories.

So how did Star Wars: The Force Awakens do at the 2016 Oscars? Let's take a look.

Well, it seems that The Academy shot first — Star Wars: The Force Awakens is a crowd pleaser, but not an Oscar voter darling.