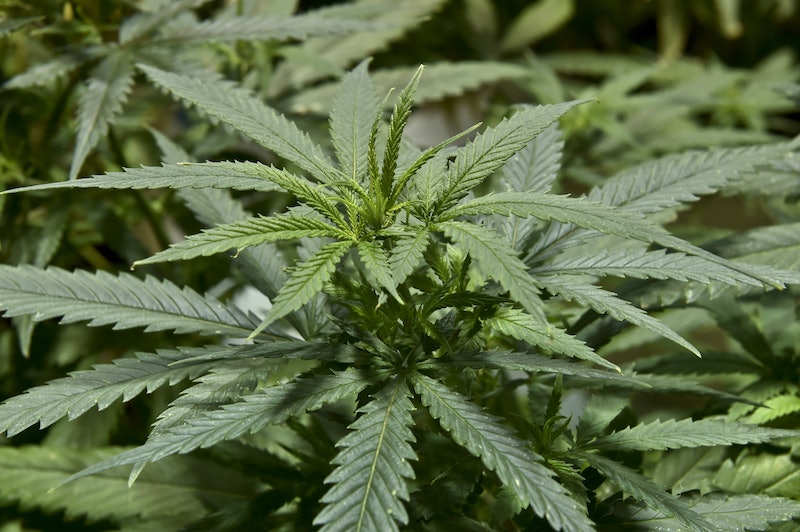 Some people say that they bern up for Sen. Bernie Sanders; others just burn up. Twenty-nine-year-old Ariel Zimman of Portland, Oregon is combining her pro-marijuana stance, her entrepreneurship, and her Sanders support into a line of pot pipes featuring a "Bernie 2016" logo. These pipes go for $60 a pop, and Zimman has promised to donate 10 percent of the proceeds to the Sanders campaign. "It was really just a way to show my support for him as a candidate. People love [the pipes], and once they hear they are contributing in some way to the campaign, they are all about that too,” Zimman told the Center for Public Integrity. But is this good for the Sanders campaign?

That those who enjoy bud might buddy up to a Sanders presidency is not a big surprise, given Sanders' overall liberal stance on marijuana. In the first Democratic debate on Oct. 13, Sanders said that, were he a resident of a state seeking to legalize recreational use of marijuana, he would vote in support of that measure:

... I am seeing in this country too many lives being destroyed for nonviolent offenses. We have a criminal justice system that lets CEOs on Wall Street walk away, and yet we are imprisoning or giving jail sentences to young people who are smoking marijuana.

Also in October, Sanders called for an end to the federal prohibition: "In my view, states should have the right to regulate marijuana the same way that state and local laws now govern the sale of alcohol and tobacco." In November, he filed a bill in the Senate entitled Ending Federal Marijuana Prohibition Act of 2015 in order to put legislative power in the states' hands.

Sanders was also a co-sponsor of the Marijuana Businesses Access to Banking Act of 2015. The Act would make it easier for marijuana businesses operating in states where their operations are legal to access banking services. Currently, since selling marijuana is a crime on the federal level, banks could be at risk for providing services to bud businesses.

In an interview in June 2015, Katie Couric asked Sanders why he didn't smoke pot much in the '60s. Sanders simply responded, "Because I coughed a lot ... I smoked marijuana twice. It didn't quite work for me ... It's not my thing, but it is the thing of a whole lot of people." That's a pretty chill answer.

Still, Sanders' liberal stance on marijuana doesn't necessarily mean that his campaign will be thrilled about the use of his logo on pot paraphernalia. After all, the substance is still illegal both federally and in most states. Besides that, Sanders has been working hard to show himself to be a legitimate candidate. Not that being associated with pot products should necessarily be problematic in this vein, but it could be, as some voters may see his logo on such products as an endorsement of substance abuse. Bustle has reached out to the Sanders campaign for comment, and is awaiting a response.