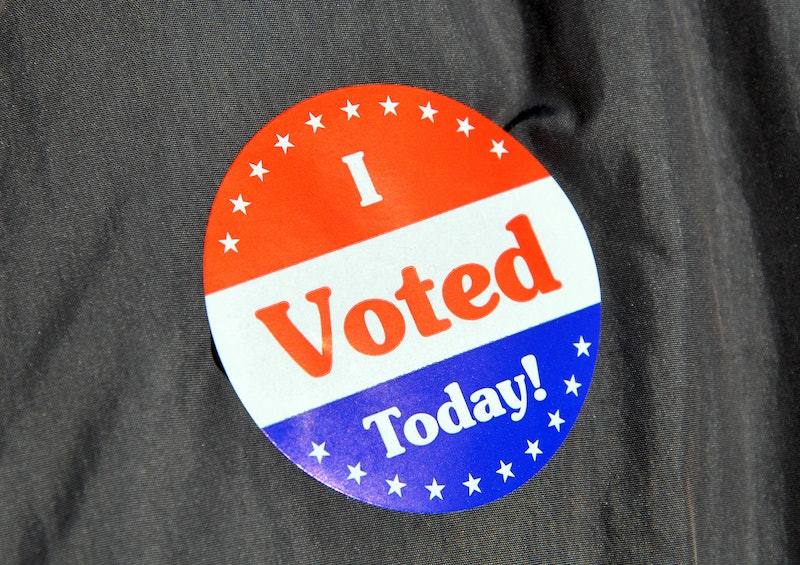 Tuesday, March 1, is no ordinary Tuesday, and if you're a political junkie, you already know why: It's the much-ballyhooed Super Tuesday! It's the single biggest voting day of the 2016 presidential race, with a whopping 13 states making their picks. But just how big? Based on Super Tuesday statistics from presidential election cycles in the recent past, and how voter turnout is shaking out over the last few weeks, just how many people can we expect to vote on Super Tuesday?

Obviously, it's impossible to say for sure just yet how many people will make it out to the polls (or caucuses, as the case may be). And it's not possible to just total up the vote counts from the last few Super Tuesdays and arrive at a fair conclusion. The 2016 turnout rates have been pretty unique so far, with Democratic participation flagging while the GOP's been on a record-setting pace. More to the point, the number of states that go on Super Tuesday varies from year to year.

But it is possible to look back at some of the individual states' numbers from 2008 and 2012, adjust for the respective turnout levels we've seen so far in 2016, and arrive at a reasonable guess. First things first, here are the states that will be participating in Super Tuesday (in addition to the U.S. territory American Samoa, which will host Democratic caucuses):

By way of contrast, in 2012, there were just 10 states going, slightly less than there will be this year. And in the election cycle before that, the scales were stacked toward Super Tuesday to an even more absurd extent ― a staggering 24 states went to vote on February 5th, 2008.

So here's the idea: How many people voted in each of the most recent Democratic and Republican races in these upcoming Super Tuesday states? Luckily, this is just a matter of crunching the numbers.

My apologies, that is quite a mouthful. The totals, based on the most recent available years for the respective parties, are 4,791,924 total voters for the Republicans and 8,564,085 for the Democrats. But those are old numbers, not reflective of what sort of turnout we've seen to this point in the race. When you look at the GOP's numbers in Iowa, New Hampshire, South Carolina, and Nevada so far, they're outdoing their 2012 figures by an average of 27.5 percent. Conversely, the Democratic turnout in Iowa, New Hampshire and Nevada has been down an average of 23 percent from their 2008 levels.

This being so, here's a best estimate you can go forward with: Adjusted for the current average levels of voter turnout, you'd be looking at approximately 6,109,703 Republican votes come Super Tuesday, and approximately 6,628,601 Democratic votes. That would make for an estimated grand total of 12,738,304 Super Tuesday votes! To put it more plainly: It's going to be one of the most pivotal days in the entire 2016 presidential race, and you'll want to keep a sharp eye on the results.