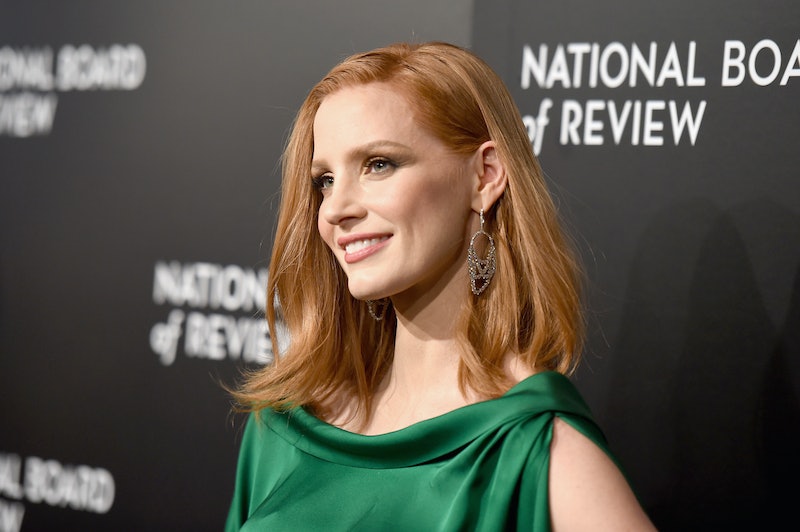 Great news out of Hollywood: A new female-led production company, We Do It Together, has formed with the intent of working with established and emerging directors, actors, and producers to develop projects that focus on gender empowerment. Hi, cause I can get behind, how do I immediately show my support? Even better: This company is already being backed by some pretty big names. According to The Wrap, the advisory board alone includes Jessica Chastain, Queen Latifah, Juliette Binoche, Freida Pinto, Catherine Hardwicke, Amma Asante, Małgorzata Szumowska, Marielle Heller, Ziyi Zhang, Haifaa Al Mansour, and Katia Lund — aka, a who’s who of female Hollywood today.

But, the best news in all of this is that this production company is not the only one of its kind. The women of We Do It Together are joining an ever-growing list of women in Hollywood who are turning the lack of female opportunities in the industry on its head with production companies that focus on empowering women. In the last decade, female-run production companies have been tackling issues of gender and sexuality in new and exciting ways.

Here are just a few of the female-led production companies that are already making waves.

Launched by Will Ferrell as a female-focused division of his production company, this branch is focused on creating female-led content for television and film. Jessica Elbaum, an executive at Gary Sanchez Productions, Ferrell’s other production company, is running the new branch focused on projects starring and created by women.

With female activist Reese Witherspoon at the helm, this production company already has two high-profile projects under its belt: Gone Girl and Wild. According to Witherspoon herself, she was inspired to start the company after she grew tired of hearing other production companies say that they had very few opportunities for women over 30 — in an exclusive interview with Variety in 2014, she said, “I think it was literally one studio that had a project for a female lead over 30. And I thought to myself, ‘I’ve got to get busy.’ ”

Launched by Virginia Madsen in 2008, this production is all about creating opportunities for female filmmakers. Of the production company’s clever name, Madsen said exclusively to Variety in 2008, “In a way, we’re saying let the girls play.”

In a 2011 interview with Vogue, Portman said of her production company, “We’re trying to go for that guy-movie tone, like Judd Apatow’s movies, or The Hangover, but with women who are generally not allowed to be beautiful and funny, and certainly not vulgar.” Amen, sister.

Started in 2014, this production company is run by Lena Dunham, Jenni Konner, and Ericka Naegle, and is all about pushing the envelope in interesting ways when it comes to how gender and sexuality are presented in television and film.

Jessica Chastain launched this production company, Freckle Films, in February 2016, and co-runs it with Elise Siegel. Oh, and did I mention the company entered a "first-look" deal with Maven Films, a studio led by other awesome women, Celine Rattray, Trudie Styler, and Charlott Ubben, whose mission — as outlined by Rattray to Variety — is "showcasing female talent both in front of and behind the camera"? Yeah, it's all pretty amazing.

In 2015, Rose Byrne began this production company with the intent to develop film and television projects with a powerful female presence. She runs the company with other women in the film industry, including Gracie Otto, Shannon Murphy, Krew Boylan, and Jessica Carrera.

I’m personally loving all of this lady-led love happening in Hollywood these days, and the We Do It Together company is welcome addition to the list of companies working to change the way women are represented in film and television.