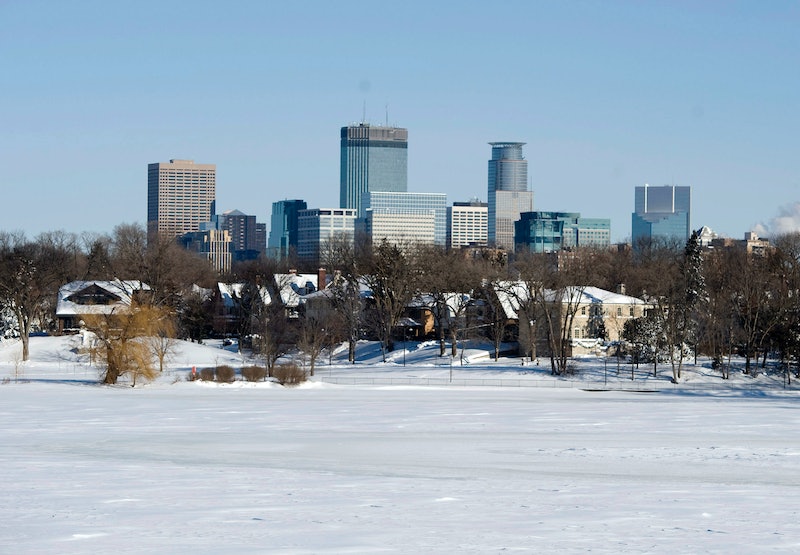 Minnesota is just one of the more-than-a-dozen states to head to the polls on Super Tuesday and getting a handle on what's actually going to be happening in each of these places can seem daunting — because it totally is. Don't worry too much, though. You can take it one step at a time, or one state at a time, to figure out what a victory in any one of the Super Tuesday states will mean for a presidential candidate. And understanding how many delegates a primary or caucus winner can take home is the first hurdle. So is the Minnesota primary winner take all? Turns out the North Star state uses the same method for both political parties.

The caucus is not winner-take-all for either the Democratic or Republican party, meaning that candidates will receive delegate votes proportional to the number of votes they receive during the caucus on Tuesday evening.

The other usual rules apply. If a Republican candidate receives more than 85 percent of the caucus vote, that candidate will win all of the party's delegates. Additionally, a candidate must win at least 10 percent of the vote in order to take home any delegate votes, whether they be at the congressional district or statewide level. For Sanders and Clinton, there's no opportunity to do a full sweep (unless of course Minnesota's Democratic caucus-goers literally all vote for one of the two candidates). There is, however, a 15 percent threshold the candidates must meet in order to be pledged any of the party's delegates.

The process isn't that simple, though. The caucus results for both parties will also be binding, forcing delegates to remain with the same candidate until each party's national convention in July.

And then there's another small caveat in relation to delegates being bound to their candidates. Among Minnesota's 93 delegates from the Democratic party, only 77 are actually bound to a candidate. The other 16 are superdelegates who are not bound to any particular candidate and can support whoever they darn well please. Within the Republican party, all 38 delegates will be bound proportionally to the GOP candidates who receive votes during Tuesday's caucus.

So if the caucus results were to mirror the most recent polls in the state, Clinton could leave Minnesota with somewhere in the range of 45 out of the 77 bound delegates and Sanders would leave with the remaining 30 or so. Again based on recent poll percentages, Trump, Cruz, Rubio, and even Carson (yes, Carson) could win somewhere in the range of 6 to 8 delegates. You'll have to wait until Tuesday to see how the caucus will play out, but you'll do so knowing everything there is to know about the Minnesota caucus.