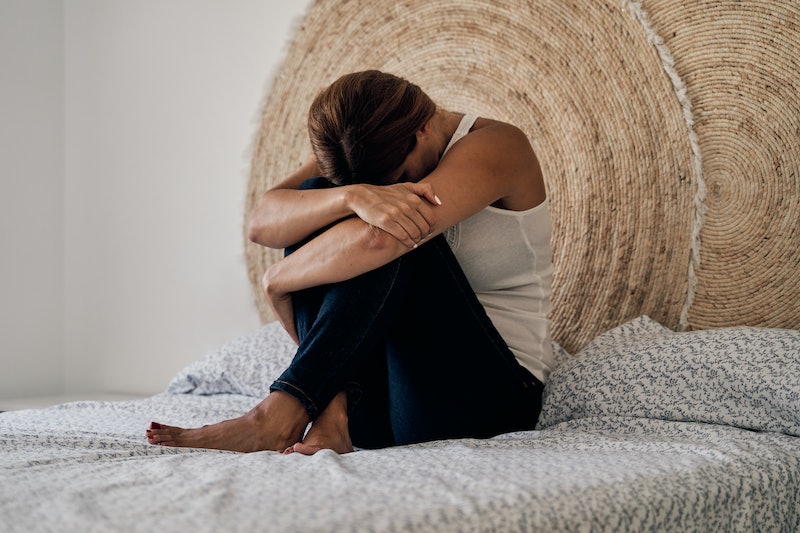 When I first started using tampons, I remember being absolutely terrified after reading the Toxic Shock Syndrome (TSS) warning on the side of the tampon box. I was convinced that I would get it, even though I had no idea what it actually was, what the Toxic Shock Syndrome symptoms looked like, or how likely it was to lurk in my tampons. I assumed since the warning was printed on the box that getting TSS was an inevitability, just like the lung cancer warning on a packet of cigarettes — the government is telling you that these products may kill you.

Right Diagnosis says that TSS is a rare but serious condition with one to two cases per 100,000 menstruating women between the ages of 15 to 44 in the US. It also said to go to hospital immediately if you experience warning signs. As a 12-year-old, I literally thought getting TSS would feel like a shock — like static electricity in my body or something. And undereducated consumers have always been an issue when it comes to this infection. If you don't know what's happening, and ignore symptoms, it can progress very rapidly, eventually leading to shock, organ failure, and even death.

So what is it exactly? According to the Mayo Clinic, TSS is a bacterial infection caused most commonly by Staphylococcus aureus (staph), though it can also be brought on by group A streptococcus (strep) bacteria. Women under the age of 30 (as in “women of reproductive age”) are much more likely to get TSS.

The epidemic began in 1978 among teenage girls and topped out in 1980 with 813 cases reported to the Centers for Disease Control and Prevention (CDC), resulting in 38 deaths. In 1982, the FDA made warnings on the tampon boxes mandatory, and from 1979 to 1996 a total of 5,296 cases were reported to the CDC. Today, you may find on the product several statements such as “Use for 8 hours maximum” and “Risk of Toxic Shock Syndrome (TSS) increases with higher absorbency. In order to reduce your risk of TSS, you should use the lowest absorbency that meets your needs.” In 1990, the FDA standardized absorbency labels across brands. Each product was named for how many grams of liquid it could hold — such as “regular,” “super,” “super plus,” and “ultra” which holds the most at 15 to 18 grams.

So why might factors such as high-absorbency and prolonged use lead to a higher risk of bacterial infection?

The truth is experts aren’t entirely certain why superabsorbent tampons lead to TSS. The most widely accepted theory is, according to McKinley Health Center, that “tampons may facilitate the infection because their prolonged intra-vaginal use enhances the bacterial growth.” However, you cannot get TSS from tampons alone. Women must also have the staphylococcus aureus strain present in their body, which if left alone is normally harmless (and approximately 20 percent of the population already carries it). The blood-soaked material of the tampon may provide a perfect environment for bacteria to rapidly grow, and then enter the bloodstream (most likely through a small cut). Yuck, i know.

Most of us know not to leave a tampon in overnight, but life is unpredictable and sometimes you fall asleep and forget you are wearing one. Molly Katchpole vividly describes her experience with TSS in her 2011 essay for XOJane. She woke up with symptom of TSS that grew as the day went on, "I realized I had slept with my tampon in that Saturday night! And what’s more, is that I NEVER DID THAT. It was probably only the fourth or fifth time that I had slept with one in."

However, even if you change your tampons frequently TSS may still be a problem, as described in the explosive 2015 Vice article detailing the experience of the model Lauren Wasser, who lost her leg due to complications with TSS. Wasser described feeling a bit off, possibly already suffering from the TSS symptoms: "on that day, Lauren says she replaced her tampon in the morning, afternoon, and again in the evening." She later passed out with a tampon left in, and was only able to get treatment much later. Almost half the reported cases for TSS are women who are menstruating. And the only way to protect yourself is by knowing the warning signs. TSS symptoms may include:

A Sunburn-Like Rash On Hands And Feet

Redness in Mouth, Throat, And Eyes

When hospitalized, symptoms are most likely treated with intravenous fluids and antibiotics, though surgery is also sometimes necessary. These symptoms may appear two to three days after the initial infection, says Kids Health. To decrease risk, they advise that tampons are stored in a cool and dry environment, such as the bedroom as opposed to the bathroom cabinet. They also recommend washing your hands before and after tampon insertion.

And if you are concerned about the synthetic fibers in your tampons, it seems the material is not really going to make a difference. Dr. Mary Jane Minkin, clinical professor of obstetrics, gynecology, and reproductive sciences at the Yale School of Medicine, confirmed this in New York Magazine, "There’s no data that shows there’s a difference. If you want to [use cotton tampons], it’s fine. I certainly can’t say it’s bad. Or just use a pad or a menstrual cup if you’re nervous."

While tampons are still the most convenient option, the number of period-oriented products on the market has been growing. Finally, something that affects half the population is getting the much needed attention that it deserves. Hopefully, the success of products like THINX period panties and the Diva Cup will inspire more safe options to manage the menstruation.