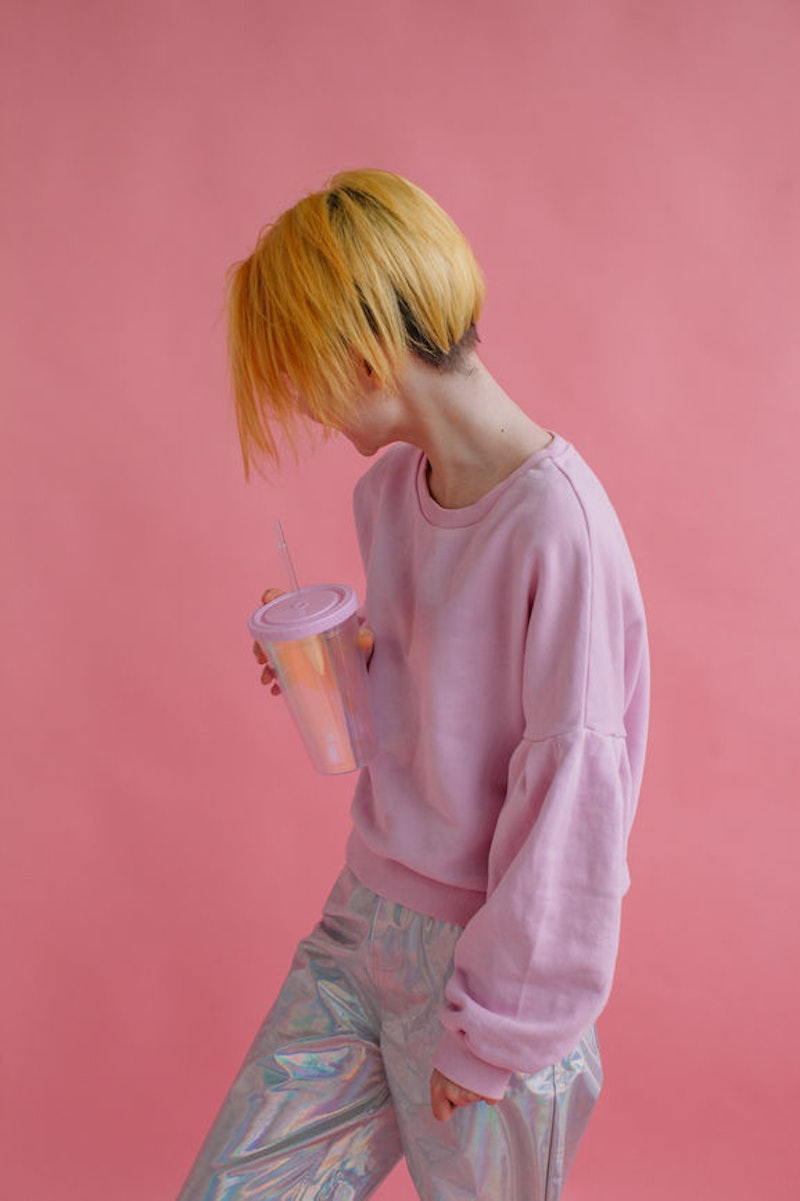 I don't care what anyone says — there is nothing more traumatizing than getting a bad haircut. You can pop the hair vitamins like no one's business and study yourself in the mirror daily, but it feels like it never changes. It just takes forever to grow back out. You might think you're totally ready to do it, but there are some things you need to consider before you get your hair thinned out. You want to avoid any hair trauma at all costs.

I have insanely thick hair, and I'm the first to say that I've always hated it. It's too heavy, it takes too long to dry, in the summer it gets hot, I could go on and on. So I finally took the plunge this last summer and got my hair thinned out. It took me about a week before I realized what a huge mistake I'd made, and it's finally now, after months and months, starting to look like the thick head of hair I was born with. I don't think I'll ever curse my thick locks again.

I made the decision on a whim while sitting in the hair salon. "Yeah! Go for it! Why not?" But had I done some research first, I probably would not have made that same decision. if you're contemplating thinning out your thick hair, here are a few things you need to consider first.

The grass is always greener on the other side, but if you've never had thin hair before, it may going to look different, depending on your hair texture. "If someone with a ton of curly hair is really thinned out you won't notice it quite as much as someone who has finer more straight hair," says Garnier Celebrity Hairstylist, Ashley Streicher. "I would say to be very cautious when asking to have your hair 'thinned out,' cause it can really make your hair looked damaged and misshaped if overdone."

2. Styling Could Be Harder — Or Easier

I took for granted how easily my natural hair texture styled. It held curls without any spray, and I could put it in a braid or a bun and instantly get texture and movement without any heat, but once I thinned it out? Not so much. It was harder to style, and when I did get a style, it fell flat much quicker. However, it's not always the same for everyone. "For some people who have extremely thick, course hair it can make styling easier, or at least cut down on blow dry time," Streicher says. "But sometimes over thinning can change the shape of the haircut making styling more difficult."

3. It Will Get Dirty Faster

If you're used to washing on the regs, this won't be a problem, but for all of thick hair's inconveniences, it does have one thing going for it: You can go way longer between washes.

4. Beware Of The Method Used

If your stylist uses thinning shears, as long as they are used correctly, you should avoid damage, but razoring, another popular method of thinning, can cause your ends to look dry and frizzy. "If over thinned, your hair can look thin on the ends and more bulky at the roots looking like you have thinned split ends," Streicher explains. "Unfortunately there is no way to treat that."

5. It Will Alter Your Wave Pattern

If you have naturally wavy or curly hair and air dry it, prepare to see some differences. "It changes the shape and can therefore make your hair feel like a different texture," the hairstylist says. So your "wash and go" routine might not be as seamless anymore.

6. The Grow Out Is Rough

Getting your hair thinned out isn't like getting a haircut that's too short. "It will look bulkier at the roots and thinner on the ends," Streicher says. To get that thickness back, you're going to have to regrow the hair from your root. Imagine how long that will take.

If you just can't live with thinner ends anymore, a faster solution to waiting for it to grow is to cut your hair blunt. Blunt ends always make your hair look thicker, but if you're a fan of layers, or that "V" shape, then you might have to part with it for a while until your hair grows and thickens.