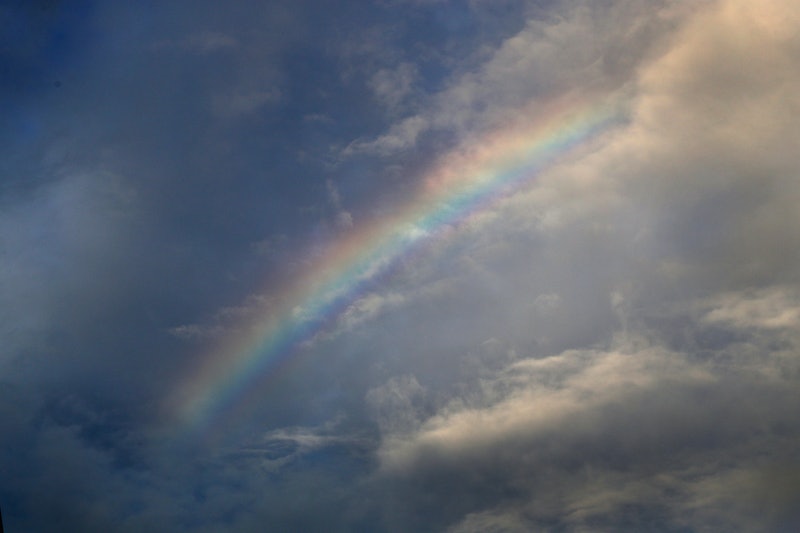 I love winter, but it's currently bumming me out. I'm sick of the endless cold, my dry skin, the fact that I can't just let my hair gracefully air dry if I have to go anywhere within two hours after I've showered. Winter can bring a whole bunch of really fun and exciting things (mainly Christmas and the first snow fall) but it's also a bit of a drag. Sure, you can snuggle up with a cup of tea and read, or read some spine chilling stories in chilly weather, or even just read something to get through the winter blues (notice how all of my solutions are about reading?), but honestly, sometimes the best thing to do is go to bed praying that when you wake up, the temperature outside will be warmer than below freezing.

However, much like how one can't appreciate the sweet without tasting a little bit of the sour, it seems as though we can't fully enjoy summer without winter, spring without autumn, and vice versa. This isn't a new concept, obviously, there are many cultures who have recognized this throughout the century, and mostly this understanding has been expressed through the myths and legends that mold their societies.

In almost every single story, winter is the bad guy. Frankly, if you sorted all the seasons into Hogwarts houses, winter would be put in Slytherin (not that there's anything wrong with that), and perhaps that isn't fair, but it's definitely the truth. While turning a hopeful heart toward spring, I've put together a list of five stories from folklore about the changing of the seasons. From dragons that live in mountains to why the trees lose their leaves, each story brings a bit of hope, and as Alexander Pope once said, "hope springs eternal."

1. Persephone and Demeter: The Greek Story of Spring

Persephone was both the goddess of spring and the queen of the Underworld, and the star of what is arguable one of the most popular myths about winter and spring in public consciousness today. The story begins with the beautiful Persephone, the daughter of the agricultural goddess Demeter and Zeus, the king of the gods. As the goddess of the bounty that spring brings, she had her fair share of suitors, but it was Hades, the dark god of the Underworld, who decided that she would be his bride. Tipped off by Zeus, Hades found Persephone frolicking in a flowery meadow, and came to collect her in his chariot. Marrying her in the Underworld, Hades kept her there as his bride, much to the devastation of Demeter.

Not particularly thrilled that the father of her beloved daughter was an accessory to kidnapping, Demeter set out to wander the earth to find her daughter, and for every minute Persephone was missing not a single crop would grow. As people starved, Zeus finally relented and ordered Persephone's release, but because the girl had eaten the fruit of the Underworld in the form of a handful of pomegranate seeds, she was ordered to spend half the year in the Underworld as the wife of Hades, and the other half of the year with her mother. This suited everyone just fine, and now every time Persephone descends into the Underworld to take up her crown as queen, a saddened Demeter causes the crops to die, but every time she is returned, everything bursts into joyous bloom.

What did Persephone think about all of this? Legends differ, but all in all it seems as though Persephone and Hades had a pretty happy marriage. The goth look seemed to suit her given the fact that the Orphic Hymns from 3 B.C. refer to her as "Haides’ dread empress, Persephone," and the herb mint was invented thanks to Persephone's jealousy over a nymph who tried to become Hades' concubine. Either way, thanks for coming back every year, Persephone!

2. Why The Trees Lose Their Leaves: A Cherokee Story of the Seasons

One of the biggest things I miss during the winter are the leaves on the trees, but why do they go in the first place? Forget all that science nonsense, and listen to the Cherokee legend why trees lose their leaves. Back before the world began to figure its stuff out, plants and animals were able to communicate much like human beings do now. Everyone lived in harmony, and every year when the winter came, the birds would fly south for the winter to keep warm. However one year, Sparrow was injured and wasn't able to fly south once the winter came. Unwilling to let his family freeze to death simply because of him, he sent them along without him and began to look for shelter.

He came upon the Oak and asked for help, but the Oak didn't like the idea of someone using his branches as a second home during the winter, so he sent Sparrow on his way. When he went to the Maple, he received the same news, and so on and so forth until he finally at last came upon the Pine. Now, the Pine wasn't very popular with the other trees due to the fact that its leaves were sharp like needles, but he welcomed Sparrow among its branches anyway, and for that Sparrow was thankful.

Winter passed and Sparrow recovered, happily welcoming his family home from the south when spring returned. The Creator, who watched all of this, ended up calling a meeting with all the animals and trees, and turned on the trees who had rejected Sparrow in times of need. He cursed their leaves to wither away when winter came due to their lack of hospitality, all except for the Pine. While the Pine had the least amount to give, he still gave, and for that he was allowed to keep his leaves green no matter what the season.

3. The Blue Corn Maiden: The Hopi Origin of Spring

The Hopi people all loved the corn maidens, beautiful women who brought corn to their lands. Out of the sisters, the most beautiful and beloved was the Blue Corn Maiden, who brought delicious blue corn to the people throughout the year and was not only gorgeous, but a kind and gentle woman as well. One day during the winter, the Blue Corn Maiden went to gather firewood to warm her home, where she came across the Winter Katsina. Common in all the tribes of the Pueblo area, katsinas were supernatural personifications of real world concepts, and the Winter Katsina was the one that brought winter to the earth. Upon setting eyes on the Blue Corn Maiden, he fell in love with her, and invited her back to him home. Powerless to say no, Blue Corn Maiden soon became his prisoner when he blocked his door and windows with snow.

Soon a deal was struck: for one half of the year, the Blue Corn Maiden would live with the Winter Katsina, depriving the people of corn, for the second half of the year she would live with the Summer Katsina, and the corn would grow again. Soon the people began to look to the Blue Corn Maiden as a sign of springtime. Have you ever had those days in March when it seems as though spring is on the way, only to have to put up with a snow storm the next day? That's because the Winter Katsina is not happy to have to give up the Blue Corn Maiden, and he's throwing a bit of a fit.

4. Zhulong the Candle Dragon: The Chinese Ruler of the Seasons

One of the oldest of the Ancient Chinese legends, the Candle Dragon was an all-powerful deity who lived inside of a mountain. While he is mentioned in several ancient texts, the most well known is the Shan Hai Jing, or Classic of Mountains and Sea, a bestiary featuring the descriptions of many mythical beasts and geographical locations. In the text, one if his descriptions are as follows:

Beyond the northwest seas, north of the River Scarlet there is Mount Brillianttail. There is a god-human here with a human face and a snake's body, and he is scarlet. He has vertical eyes that are in a straight seam. When this deity closes his eyes, there is darkness. When the deity look with his eyes, there is light. He neither eats, nor sleeps, nor breathes. The wind and the rain are at his beck and call. This deity shines his torch over the ninefold darkness. This deity is Torch Dragon. (tr. Birrell 2000:188)

Apart from controlling the weather and opening and closing his eyes to bring on night and day, legend has it that his breathing controlled the seasons, and they are all up to his whim. When it grows dark, he creates a torch to light up the sky, thus earning his his name. Many think that his torch (or candle) is a mythical version of Aurora Borealis.

5. Amaterasu: The Shinto Sun Goddess and Bringer of Light

As the daughter of the supreme creator god, Amaterasu holds the responsibility of governing the movement of the sun and insuring that the rice fields will prosper. Of course she is beautiful, but she is also talented. A master at weaving the very satin and brocade that Japan eventually became famous for, she was clearly one of the most beloved goddesses around. Naturally, this brought the jealousy of her brother Susanoo. As the god of storms, he wasn't very popular, and his feelings triggered a rampage of epic proportions. Horses were sacred to the goddess, so he slaughtered a pony, flayed it, and threw it at her weaving loom, ruining the fabrics, and for good measure, he also vandalized her rice fields.

In the fray, one of Amaterasu's attendants died, and in despair she shut herself away in a mountain, causing the sun to disappear from the land and for all the rice crops to fail. No one was able to tempt her out of it, until Uzume, goddess of laughter, decided to step in. First, she hung a gorgeous and glittering necklace on a tree nearby, then she overturned a tub and began to dance upon it, tearing off her clothing much to the laughter of the fellow gods who were watching her.

Hearing the laughter, Amaterasu peeked out of the cave, caught sight of the necklace, and was immediately entranced by its beauty. She ran out to catch it, only to have the cave that she had been hiding in blocked, and light restored to the world. This story not only tells the origin of the changing of the seasons, but also the invention of night and day, and ever since that moment, Uzume has also been known as the goddess of the dawn.

More like this
The 20 Best Audiobooks To Fall Asleep To
By Aoife Hanna and K.W. Colyard
Watch The Emotional Trailer For Dolly Alderton’s 'Everything I Know About Love'
By Bustle UK
The 6 Best Air Conditioner Alternatives
By Vanessa Spilios
What To Know About Taking More Than 1 Piriteze Per Day
By Bustle UK
Get Even More From Bustle — Sign Up For The Newsletter