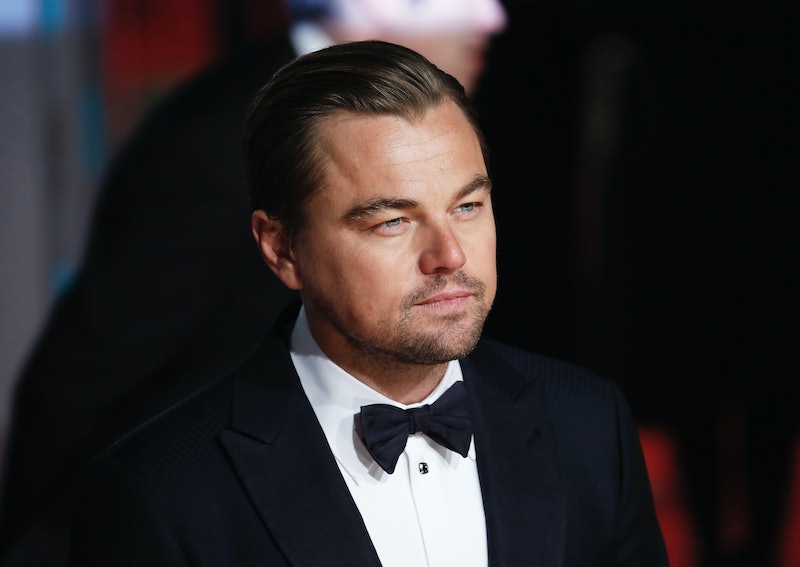 Come Oscars night, everything might change for Leonardo DiCaprio. He has famously never won an Academy Award, and Sunday night might be the end of that ongoing joke as we know it. Truly, all eyes will be on the star, which means that people are also going to notice who DiCaprio brings as a date to the 2016 Oscars. Along with never having won an Oscar — by the way, he's doing just fine without one — DiCaprio is also famously known for the women he's dated. Since stealing the hearts of millions as Jack Dawson (or as Luke Brower in Growing Pains, depending on your re-run knowledge), people have become obsessed with who DiCaprio has dated over the years.

One major romance that fans have longed for over the years is a DiCaprio and Kate Winslet reunion. Despite rumors that the two had something romantic going, Winslet revealed in Marie Claire UK in 2014 that their romantic relationship didn't go further than the North Atlantic Ocean. That's fine, because we've been gifted with plenty of Winslet and DiCaprio friendship GIFs this award season that will satisfy any Titanic fan.

Of course, there are more rumored women that DiCaprio has dated. It's basically a full-time job to keep up with it. But, this award season DiCaprio has had a few unusual dates to previous award shows, like his dad and his vape pen. (He's even brought his mom in the past.) But, that wasn't always the case. Here's a list of DiCaprio's beautiful and successful ex-girlfriends.

DiCaprio is well-known for dating models, but according to People, Bridget Hall might be the first one in 1994.

Talk about star power! NY Daily News reports that DiCaprio and Campbell were rumored to have dated, briefly, before filing each other into the friendzone.

Kristen Zang, a model, was another reported love interest of DiCaprio's in the mid '90s.

The supermodel, now married to Tom Brady, once dated DiCaprio. She even told Access Hollywood in 2009 that he still had one of her dogs!

Another model — are you seeing a trend — that dated DiCaprio is Bar Refaeli. The two actually split before getting back together, but eventually couldn't make it work.

In surprising news, DiCaprio dated another model, this time Erin Heatherton. The pair broke up in 2012 with "no bad blood," according to an Us Weekly source.

It was only a summer fling, but DiCaprio once dated Gossip Girl star Blake Lively in 2011.

In 2014, DiCaprio and, you guessed it, German model Toni Garrn ended their year-plus relationship, according to Daily Mail.

Finally, DiCaprio was recently dating Sports Illustrated model Kelly Rohrbach. The two were seen together during the summer of 2015, but last seen together at Thanksgiving. The two split "amicably," according to People.

Now we have to wait and see who DiCaprio brings with him when — sorry — if he wins the Oscar.