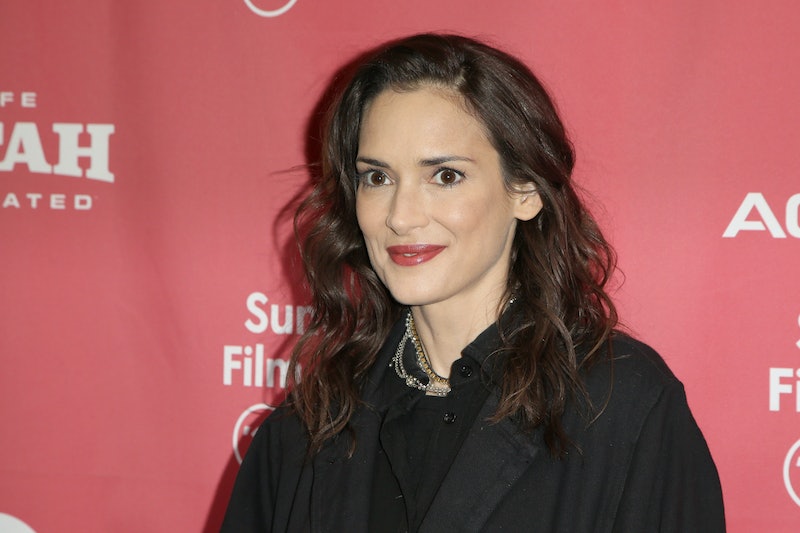 Any alt girl with a sardonic wit and a well-curated Tumblr instantly recognizes Heathers' Veronica Sawyer as a high school heroine, largely because alt girl life comes with plenty of Winona Ryder worship. Well, get this: Ryder apparently wasn’t the first pick for Heathers’ Veronica. "I auditioned and they were like, 'Oh, thanks.' And I went to the Beverly Center to Macy's and had them do a makeover on me,” Ryder recently told Interview magazine. "They were trying to get Jennifer Connelly." Well, no offense to Connelly (I’m very pro-Labyrinth) but personally, I feel nobody could be Veronica Sawyer but Ryder. She basically really was Veronica in that movie, and Heathers truly would not have been the same without her in the role.

I’m not just saying this because I think she’s the most important actress of our generation (or um, maybe I am). I just believe that she really embodied that character, heart and soul, with all the impassioned, seething rage of messed-up teen. And hey, I feel like it’s only fair that I explain myself. Here are all the reasons why Ryder and Ryder alone had to be Veronica Sawyer in Heathers.

Because It Helped Solidify Her Status As Cinema's Leading Weird Girl

Heathers is beautifully sandwiched between Ryder's role as goth girl Lydia in 1988's Beetlejuice and before she played Catholicism-obsessed Jewish teen Charlotte in 1990's Mermaids. Being Veronica was a significant step towards Ryder becoming the queen of quirky characters.

That beautiful angel is in her 40s, but I still imagine her as a 17-year-old girl scribbling in her diary about how she truly wants to murder, and it's "more than a spoke" in her menstrual cycle.

Because She Perfectly Captured That Aura Of Relatable With Issues

Hey, I also write in a diary! I do not, however, kill other people. Ryder has a good balance here.

Somehow, despite all the manslaughter, Veronica is the least vile of all the Heathers. However, Ryder can still deliver a line like, "lick it up, baby, lick it up," with the appropriate amount of venom, and that's important.

Because Her Frame Just Really Pulls Off Those Shoulder Pads

Because Of Her Delightful Chemistry With Christian Slater's Eyebrows

Those crazy kids (emphasis on "crazy") really seemed like they were meant for each other. Slater is no Johnny Depp, but I was sufficiently convinced by the Veronica and J.D. pairing.

Because She Wanted The Role So Badly, She Would've Done It Pro-Bono

"I remember actually saying to them, 'I don't care if it even comes out. I just want to say the words. You don't have to pay me,'" Ryder said to Interview of being cast for the part. You can't fake that kind of passion.

Oh, And Because She's Totally Pretty

Those doe eyes? In the late '80s and early '90s, she was basically Hollywood's grunge Snow White.

Seriously, Nobody Else Could Pull Off An Ash-Stained Face Like This Woman

But Most Importantly, Because Ryder Simply Is Veronica

That is to say, when Ryder first hit the scene, she quickly became Hollywood's It Girl despite not fitting the conventional Hollywood look. She was part of the elite with a rebellious streak. And all of that is why I love her so much.

At the end of the day, Ryder can't run away from it: in a sea of Heathers, she's a Veronica.