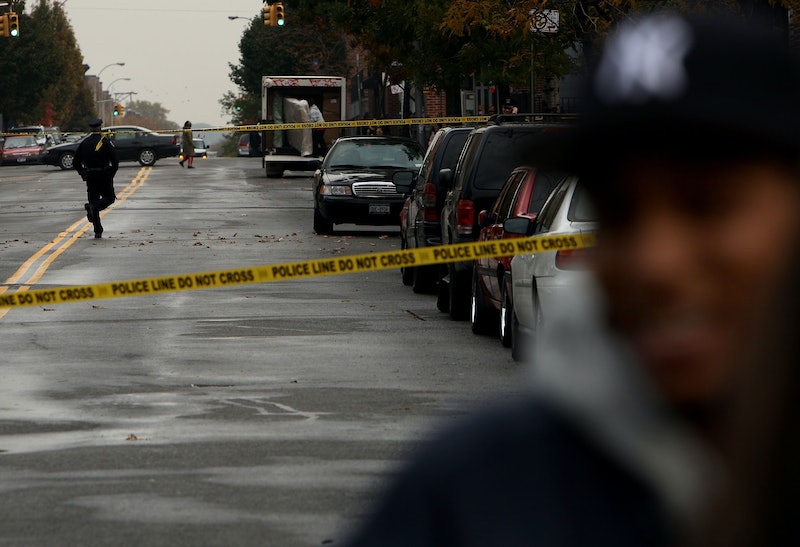 A shooting that left at least two people reported dead at Excel Industries in Hesston, Kansas, late Thursday afternoon has become the latest incident of fatal gun violence to occur in a U.S. workplace, putting the issue once again in the national spotlight. Incidents of workplace shootings, such as the killing spree that occurred at a holiday office party in San Bernadino, California, late last year and the August shooting of two WDBJ journalists by a former colleague during a live television news broadcast in Virginia quickly become heavily covered news. But h ow common are workplace shootings?

According to the Bureau of Labor Statistics, while workplace shootings are still relatively rare, they result in fatal injuries more often than fires and explosions, getting caught in equipment or machinery, and exposure to harmful substances combined do. The most recent data available from the Bureau of Labor Statistics was collected in 2014 and shows a 2 percent hike in fatal work injuries from the year prior with 4,679 incidents reported. Preliminary reports from the Census of Fatal Occupational Injuries, however, show the number of workplace homicides recorded in 2014 was roughly the same as 2013's total. The CFOI recorded 403 workplace homicides in 2014 with 307, or roughly 76 percent of them, classified as intentional shootings inflicted by another person.

In 2013, 4,585 fatal injuries were reported to have occurred in the workplace and 404 of those deaths were deemed homicides or intentional fatal injury inflicted by another person. Of those 404, 322 were classified as "shooting by other person - intentional" to make up 79.7 percent of workplace homicides.

Measured against the total number of fatal workplace injuries, however, intentional shootings made up just 6.5 percent of deaths in the workplace in 2014 and 7 percent in 2013.

According to an FBI report issued in 2002, murder became the most common incident associated with the term workplace violence after news a mailman had shot and killed 14 people in a post office in Edmond, Oklahoma before turning the gun on himself on Aug. 20, 1986, shocked the nation. The FBI's investigation into workplace violence claims increased media attention of workplace shootings could account for public impressions of an "apparent rise in such cases."

"Contrary to popular opinion, sensational multiple homicides represent a very small number of workplace violence incidents," the FBI report states. "The majority of incidents that employees/managers have to deal with on a daily basis are lesser cases of assaults, domestic violence, stalking, threats, harassment (to include sexual harassment), and physical and/or emotional abuse that make no headlines."