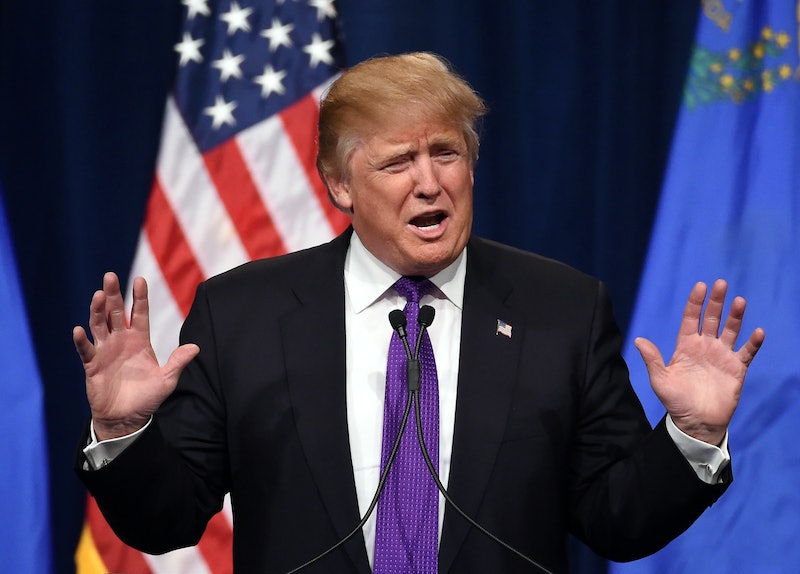 At the 10th Republican debate, Donald Trump savagely attacked Mitt Romney for losing the 2012 election, a criticism he's made before. Early in the debate, Ted Cruz and Marco Rubio attempted to depict Trump as soft on immigration. Rubio's tactic was to remind voters of the time Trump criticized Romney for supporting "self-deportation" of undocumented immigrants. Trump replied by trashing Romney for losing the 2012 election — an effective diversion, but ultimately, a sleight of hand.

Here's the backstory. During a 2012 debate, Romney endorsed "self-deportation," the idea that if you make life miserable enough for undocumented immigrants, they'll leave the country on their own accord. At the time, Trump criticized that policy as "mean-spirited," and later cited it as a reason why Romney lost.

At the debate, Rubio cited this as evidence that Trump is insufficiently harsh on undocumented immigrants. Trump replied by saying that in fact, he had only bashed Romney because he lost the 2012, not because he endorsed "self-deportation."

That's a good enough retort on a debate stage, but it's disingenuous, because Trump did not criticize Romney solely for losing in 2012.

“[Romney] had a crazy policy of self deportation which was maniacal,” Trump said. "It sounded as bad as it was, and he lost all of the Latino vote." Trump also said that the Democrats won because "they weren’t mean-spirited" about dealing with undocumented immigrants, an implicit dig at the policy of self-deportation.

Whether these nuances will land with Republican primary voters is anyone's guess, but make no mistake: Trump did criticize the policy of self-deportation, and he's being dishonest by suggesting otherwise.