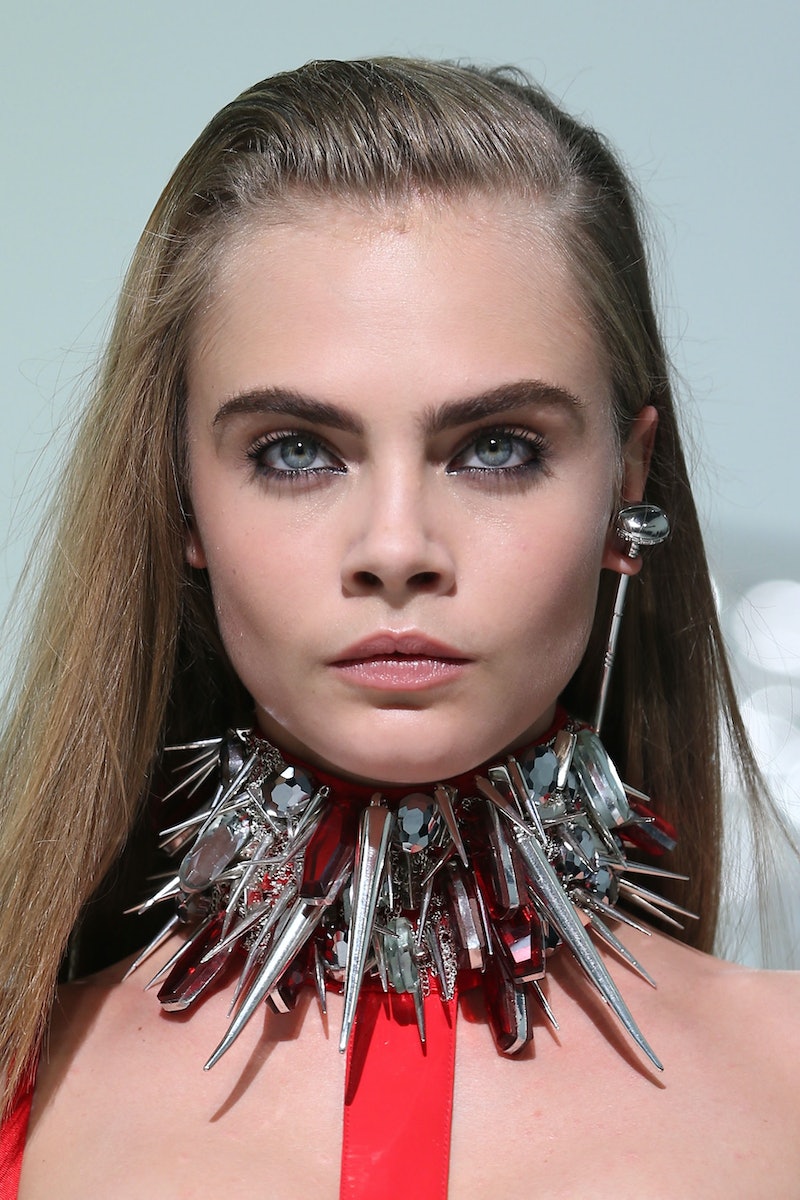 I know, I know: the first thing you think when you hear "single earring" is "aging rockers". But wearing a solo stud or a dramatic statement piece in just one ear is the new off-duty model look (word on the street is that the ethereal Anja Rubik always wears just one, as does the lovely Emily Weiss of Into the Gloss). Now, feel free to take out that pesky second earring right away.

Three ways to wear it without feeling completely ridiculous:

1. Go rebel-chic with something punk, like a single cross a la Jo No Fui, or a huge spike like those seen on the Fall '13 Versace models, above.

2. Something that's flowy, crazy, and colorful — think beads, beads, and more beads—tells the world that you're a free spirit. A single peacock feather earring will make you an honorary hippie (like Aria from Pretty Little Liars, who has been known to rock a veritable waterfall of feathers from just one ear).

3. And if you're the kind of girl who says more with one look than she does with a thousand words, take a fashion cue from the girl who made this all possible, and rock a single pearl stud.