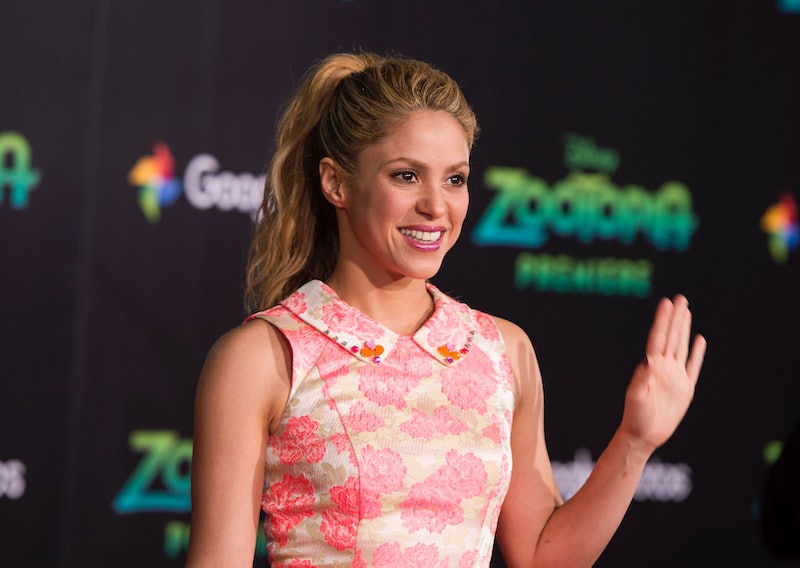 As we inch closer and closer to the 2016 presidential election, Donald Trump continues to win supporters and lead in the polls. But for every supporter of Trump and his outspoken, brash ways, there are just as many people who do not support him in any way, and are making it abundantly clear how they feel. If there’s anything Trump is really, really good at, it’s his innate ability to incite controversy with every public appearance he makes, and people on all ends of the spectrum are listening. So it shouldn’t be surprising that Trump has plenty of celebrities who aren’t on his side, and the list seems to grow all the time.

The worlds of celebrity and politics have always found ways to intertwine, and this forthcoming election is not an exception. Celebrities have frequently spoken out against Trump, both in interviews and on their own Twitter pages, and the reactions range from heartfelt and passionate (like America Ferrera and Ricky Martin) to hilarious and succinct (such as Aaron Paul). Trump may have less fans in Hollywood than he does people on his side, but it doesn’t seem to faze him — his campaign trail is rolling steadily along.

The Colombian-born singer took umbrage with Trump's comments about Mexican immigration, and she took to Twitter to express her thoughts, calling Trump "ignorant" and his speech "racist" and "hateful."

The actor was vocal about his sour feelings toward Trump in an interview with EFE, saying,

He is talking about anyone who lives south of our border in inhuman terms. He is talking about my wife, my daughters. I think we are still laughing at this situation, but if you analyze the things he is saying it is disgusting and dehumanizing ... You have to take it seriously that he is doing so well in the polls, but if you hear the things he says, they are so xenophobic and crazy that it is amazing that so many people are willing to vote for him.

Ferrera also spoke out against Trump after his insensitive comments toward Latino immigrants in a lauded op-ed piece for The Huffington Post called "Thank you, Donald Trump!" The actor thanked Trump for his words by saying that they serve simply to fuel Latino voters to turn against him on election day. She wrote, "Remarks like yours will serve brilliantly to energize Latino voters and increase turnout on election day against you and any other candidate who runs on a platform of hateful rhetoric. ... Your negativity and your poorly thought out speech ignited a fire in our community. Thank you, Mr. Trump!" Bravo!

When asked by a fan if she was a fan of Trump's, Gaga didn't actually have to say any words. (Is there any surprise there, though?)

The rockers were angry when Trump used their song "It’s the End of the World as We Know It (And I Feel Fine)" at a campaign rally in September of last year, and frontman Michael Stipe emailed The Daily Beast after he heard about it, saying "Do not use our music or my voice for your moronic charade of a campaign." The band then posted a message to its official Facebook page, which read "While we do not authorize or condone the use of our music at this political event, and do ask that these candidates cease and desist from doing so, let us remember that there are things of greater importance at stake here."

The Breaking Bad actor received a bit of flak when he called Trump "refreshing" on his Nerdist podcast, but the word was taken out of context. His full statement said, "There’s something so refreshing about shaking up that world that is all about being handled, and here comes this loose cannon who has terrible ideas and would be a horrible president, but there’s something great about his ‘I-don’t-give-a-sh*t’ attitude that really kind of keeps others honest."

The model engaged in a heated Twitter debate with the Republican frontrunner, calling him a "tw*t" because he announced a meeting with "a large group of African American pastors" but said it wasn't a press event. Shut down.

The singer penned an op-ed for Univision last summer, calling Trump out for his immigration stance, saying (translated from Spanish),

The fact that an individual like Donald Trump, a candidate for the presidency of the United States for the Republican party, has the audacity to continue to gratuitously harass the Latin community makes my blood boil. When did this character assume he could make comments that are racist, absurd, and above all incoherent and ignorant about us Latinos?

Longoria brought up Trump along with dictator Adolf Hitler during a luncheon for the National Association of Latino Independent Producers (NALIP) last summer, saying,

The legendary late night host said last summer that he had made a grave mistake in retiring when he did, and it's all because of Trump. Why, you ask? Letterman appeared at a comedy show with Steve Martin and Martin Short to give an updated "Top 10" list all in honor of his distaste for Trump. One of the highlights: "During sex Donald Trump calls out his own name." Yeesh!

The actor had some sage advice for Trump. Slow clap.

The 18-year-old singer took to song to express her frustration with Trump and his comments towards Mexicans in a song called "We Are Mexico," captioning the video "This is for you, Donald Trump."

These two have had a longstanding feud, which existed well before Trump began his 2016 presidential campaign, and it was reignited in an August 2015 GOP debate when moderator Megyn Kelly asked Trump about his use of the words "fat pigs," "dogs," "slobs" and "disgusting animals" to describe women, and Trump replied "Only Rosie O'Donnell." Naturally, O'Donnell was not pleased, and she's spoken out against him numerous times before and after the insulting comment on her Twitter account, understandably so.

14. Hollywood Will Be Quite Empty

In case you weren't convinced that Trump has won very few supporters among Hollywood's elite, Starz produced a video asking celebrities where they will move if Trump wins the presidency. Chelsea Handler has a house in Spain that will conveniently be ready right after the election, while Elisabeth Moss thinks Italy might be lovely. Natasha Lyonne will move "to a mental hospital for a while, 'cause you're like 'why is this happening?'" Ha!

15. Oh, And Basically Everyone Else

And if you seriously weren't yet convinced that Trump has some seriously star-studded talent against him, there's the newly-minted Stop Hate Dump Trump campaign which believes "Trump is a grave threat to democracy, freedom, human rights, equality, and the welfare of our country and all our people." Unfortunately for Trump, lots of famous people have signed the pledge, including (but not limited to): Kerry Washington, Rosanna Arquette, Lily Tomlin, Gloria Steinem, Connie Britton, Dylan McDermott, Cynthia Nixon, Jennifer Beals, Jane Fonda, Danny Glover, Harry Belafonte, Thandie Newton, Dylan McDermott, Rosie O’Donnell, Macy Gray, Roseanne Barr, and Michael Moore. Ouch!

16. Some Simply Have No Words

Sorry, Trump! At least you've got plenty of other supporters on your side.