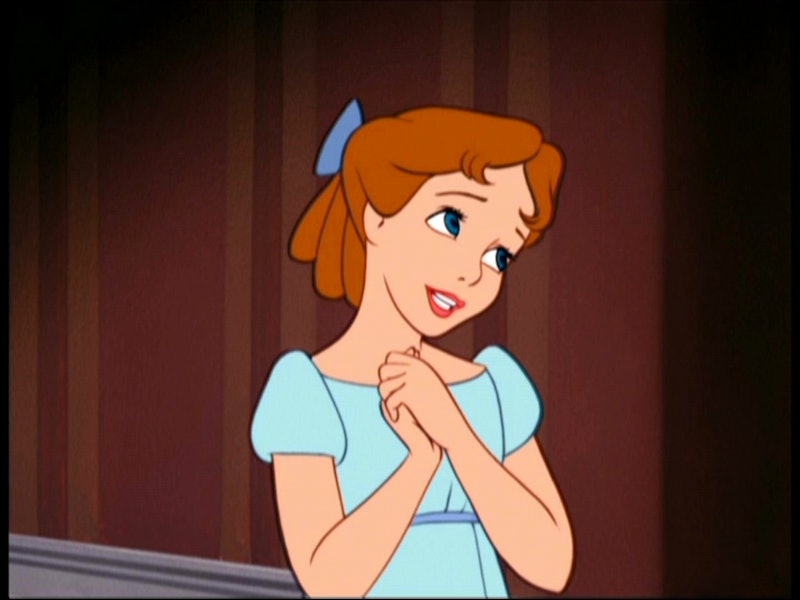 Literary baby names can be a controversial issue. On the one hand, there are a lot of classic names from literature that have been around for years. Atticus, Elizabeth, Alice, Juliet, and Hermione were all names in their own right before some author attached them to a beloved character (although people might want to re-think the name Atticus after reading Go Set a Watchman). But on the other hand, there are a lot of not-so-classic names from literature, that might cause a few raised eyebrows. Like Katniss, Khaleesi, or Renesmee.

Before we all panic over the rise of little Khaleesis and the downfall of modern society, though, let's remember that a lot of names that we think of as "classic" were the Khaleesis or the Katnisses or even the Albus Severuses of their day. Authors have been making up names for centuries. And while I'm not about to make a case for naming your poor, defenseless baby Renesmee, you probably know at least one person whose name was made up for a poem, book, or play. Or you might be someone with a "made up" name. And that's totally fine, because some of the most beautiful girl's names (and a few token boy's names) started off in an author's head:

1. Olivia is from Twelfth Night by William Shakespeare

Olivia has been one of the most popular baby names of the last few years. The usual meaning given is "olive tree," since it's a feminine form of Oliver, but the first sighting of Olivia was in Shakespeare's Twelfth Night . In the play, Olivia is a beautiful, uptight noblewoman who falls head over heels for the cross-dressing Viola (and then later, for Viola's twin brother Sebastian). A perfect name for beautiful people who aren't too particular about gender.

2. Heidi is from Heidi by Johanna Spyri

Heidi is from... well, Heidi. The name Heidi actually did exist as a nickname for Adelheid, but Johanna Spyri was the author who popularized Heidi as a stand-alone name. The English-speaking world caught on a bit later, though, with the name growing in popularity only after the famous Shirley Temple film adaptation of the book became popular.

3. Wendy is from Peter Pan by J.M. Barrie

OK, so even though J.M. Barrie is often credited with inventing this name, it was occasionally used as a nickname for Gwendolyn back in the day. ("Wendi" was also the name of a Chinese emperor during the Han dynasty, but it's possible that that's unrelated.) But our modern usage of Wendy comes entirely from Peter Pan. And where did Barrie get the name? It's a tribute to his friend's daughter Margaret, who died tragically at age 6, and who used to call people "friendy-wendy". So how's that for the saddest, cutest name origin ever?

4. Cedric is from Ivanhoe by Walter Scott

Long before pretty boy Hufflepuff Cedric Diggory came on the scene, there was the Cedric in Ivanhoe. Walter Scott named Ivanhoe's father Cedric, based on the Saxon name Cerdic. He just kind of switched two letters, and called it a day. I guess he thought it sounded better that way? Whatever works for you, Walter.

5. Miranda is from The Tempest by William Shakespeare

Look, Shakespeare is on this list a lot. He loved to make junk up. If anyone ever gives you/your parents/your kids a hard time for having a "made up" or "not real" name, just remind them that Shakespeare made up a whole truckload of names. He got Miranda from the Latin mirandus , meaning "wonderful." In the play, Miranda has lived most of her life on a deserted island with her father (and a handful of invisible fairies and whatnot), before coming into contact with the "brave new world" beyond.

6. Pamela is from The Poems of Sir Philip Sidney

So, yes, the novel Pamela by Samuel Richardson is what really got the ball rolling on this name. But it first appears in the poem Arcadia by Sir Philip Sidney, although he stressed the middle syllable so it was Pa-ME-la. As a bonus, Sidney also gave us the name Stella, from the poem Astrophel and Stella. He was really just showing off his Latin skills, though, because Pamela means "all-honey," and Stella means "star" in Latin.

7. Dorian is from The Picture of Dorian Gray by Oscar Wilde

If you want your child to stay young forever (while a portrait of them continues to age, and also they're really mean), consider the name Dorian. Oscar Wilder probably got it from the Dorian tribe of Ancient Greece, but he's the first on record to use it as a regular name for one very mean, ageless dude.

8. Jessica is from The Merchant of Venice by William Shakespeare

Guess who's back? It's Shakespeare! This time with "Jessica"! The name Jessica seems to be a classic story of "Shakespeare didn't have any Jewish friends" (not really his fault, because Jews had been banished from England at the time). So for the Jewish character Jessica, he went with the old testament name Jescha and just anglicized the hell out of it until he got Jessica. This play also gives use the name Portia, which he got from the Latin Porcius , meaning pig.

9. Vanessa is from Cadenus and Vanessa by Jonathan Swift

When Jonathan Swift wasn't writing Gulliver's Travels (or rocking that sweet hairstyle), he was writing poems about people in secret code. Well, one poem anyway. The Vanessa from Cadenus and Vanessa was based on his friend Esther Vanhomrigh. He just took the Van from her last name and the Es from her first name and smushed them together to get Vanessa. A regular Renesmee of its time.

10. Imogen is from Cymbeline by William Shakespeare

Yeah, it's Shakespeare again. I know. But this time he didn't even mean to make up a name! Imogen has been clawing it's way up the name popularity rankings in the U.S., and it's already a mainstay in England. But Imogen is actually a name based on a typo. Yup — Shakespeare named his lead character Innogen , after a legendary queen, but the printer turned those two "n"s into an "m," and it was never corrected. So any Imogens out there can attribute their name to bad handwriting. But Shakespeare's Imogen is a pretty cool character, even if her name is misspelled and her play's not that popular: her husband accuses her of cheating, so she dresses as a man and goes on a wild adventure to prove that she's awesome and he's a jealous ass.