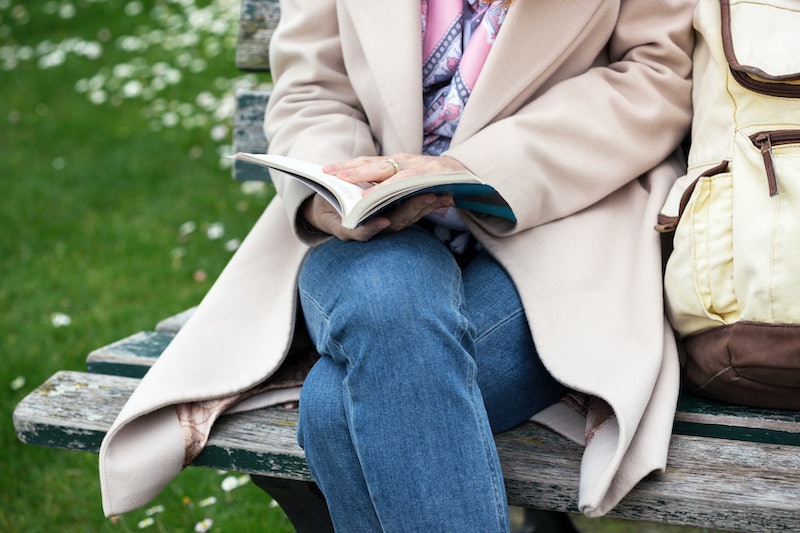 So, you’re here for the Black Lives Matter movement, you protest alongside your friends of color, and you’re ready to call out racist, non-inclusive systems, institutions and people like it’s your job. You’re a white ally and you want to make sure you’re the best darn ally you can be. And, since you’re clearly a book nerd, you’re looking to books that might help you do that.

Well, these books are great for anyone who wants to understand the state of the U.S. today, the history that’s made it so, and the great diversity of experiences and issues that we should all give a damn about. Still, being a good ally to any movement means knowing your stuff about whatever movement you’re supporting. Being a white ally to movements concerning race means having to also look at issues around being white, issues like privilege and the legacy of racism in the U.S. and European colonization... issues that, admittedly, might sting a little. But no one ever said this ally business would be easy.

If you really want support the cause, it’s time check your privilege and get a better idea of where both you and the people you support are coming from, now and historically. Books are only one part of the equation, of course, but they’re an important part. So, keep outraged and read on.

The issues and impacts of this country do not end at its contested borders. Not at all. In fact, the history, wealth, and issues of the U.S. so tied up in the history of other countries that one can hardly claim a true understanding of U.S. history without taking a global view. Reading Open Veins of Latin America is a great start toward understanding the European influence on the Americas as a whole and many of the issues around immigration, underdevelopment, and the Latino experience in the U.S. It doesn’t hurt that Galeano is a beautiful writer, so as devastating as much of the history presented here is, it’s also a beautiful read.

Speaking of a global view, the titles says a great deal. However, it might also interest you to know that Walter Rodney was an important activist in his native Guyana and globally as he stood up for working class rights all over the world before he was assassinated in Guyana in 1980, only eight years after the publication of this controversial book.

3. Coming to America by Roger Daniels

While it doesn’t feature Eddie Murphy and Arsenio Hall, this Coming to America does give a ridiculously interesting overview of the history of immigration to America starting from the colonial era and leading all the way up to today. It isn’t just a listing of the different waves of immigration though; it also offers up a look at how the country has changed with each wave of newcomers and the recurrent trend of anti-immigration sentiment throughout history, even from those who were part of previous waves.

4. An Indigenous People’s History of the United States by Roxanne Dunbar-Ortiz

Of course, if you’re going to look at the immigrant foundations of what we know today as the United States, you absolutely have to get a solid understanding and appreciation for the history of the people who were first displaced on this continent. In the tradition of Howard Zinn’s famously revisionist history, Roxanne Dunbar-Ortiz offers up a history of the U.S. as told from the perspective of the original inhabitants. She tells the story of persistent Native American resistance that you’ve likely never heard before.

An Indigenous Peoples' History of the United States , $11, Amazon

Reed’s Blues City is one part love letter to one of the most culturally diverse, historically complicated cities in the U.S., and one part scathing indictment of the policies and politics today and yesterday that threaten the bluesy soul of Oakland, California. You don’t have to be from Oakland to appreciate it though. Blues City is a portrait of the complex histories of displacement, migration, adaptation, and struggle that make any American city, dating all the way back to the first inhabitants of these lands. It’ll make you think twice about the history of your own city before you go staking your own claims in it.

6. How The Irish Became White by Noel Ignatiev

No one ever said it would be easy to be a white ally, and if you have a particular tie to Irish heritage, this book certainly will not be easy to read. After reading up on the long history of different waves of immigration that have made the U.S. what it is today, you’ll want to dig into this book to see how, despite being initially rejected in much the same way as other immigrants, the Irish (and other "ethnic” groups) eventually achieved membership in that cherished category of “white.” It’s not a pretty picture, but it’s an important part of history to understand for anyone.

How the Irish Became White , $18, Amazon

7. All Souls: A Family Story From Southie by Michael Patrick MacDonald

If Ignatiev was a little too harsh for you, Michael Patrick MacDonald’s personal story of growing up in the Irish American neighborhood of Boston, in the midst of a great deal of racial tensions, will be a bit more heartening. MacDonald’s story is ultimately one of overcoming the racist, classist ideology he was born into. It's also a searing portrayal of life in a poor, white neighborhood plagued by violence and crime and deeply in denial about it.

All Souls: A Family Story from Southie , $9, Amazon

Now, now, before we go any further let’s go ahead and debunk the too-convenient, too-often-used myth that racism is only some plague that afflicts the POOR white contingent of the U.S. It doesn’t. In fact, despite decades of intentional propaganda meant to divide working class POC and working class whites, many many white and black working class folk were all about rebellion, organizing, and tearing down oppressive, racist, classist institutions. Hillbilly Nationalists give due to these often-overlooked activists.

9. White Like Me: Reflections on Race from a Privileged Son by Tim Wise

Speaking of the “it’s only those ignorant poor white people” myth, Tim Wise’s White Like Me is more-or-less a letter to the “good liberal,” middle class white folk that asserts the need for some serious personal interrogation of white privilege and the more invisible particular ways that a self-denial of racism actually perpetuates it. Tim Wise has dedicated much of his life to anti-racism activism and to interrogating what it means to be white in a racist society. Honestly, his bibliography might just be a TBR list for the budding white ally.

10. The History of White People by Nell Irvin Painter

When one thinks of “race in America,” you tend to think of black people or terms like “people of color” “minorities,” etc. But race isn’t just about people of color. In fact, the whole concept of race is a relatively new concept in history, and it can’t really exist without the concept of “whiteness.” Nell Irvin Painter takes a look at that history and the legacy of the invention of race.

The History of White People , $11, Amazon

11. Yellow: Race in America Beyond Black or White by Frank Wu

Yellow: Race in America Beyond Black and White , $19, Amazon

12. The Making of Asian America by Erika Lee

While Frank Wu offers up a contemporary look at the experience of Asian Americans in the Americas, Erika Lee’s The Making of Asian America points to the history of Asian immigrants and American-born Asians in the Americas. Lee points to the fact that this history is not only a rich history , but also quite a long history, much longer than your high school textbooks might’ve led you to believe. And if you want more after devouring this book, then (yep, totally sneaking in an extra recommendation) Strangers from a Different Shore by Ronald Takaki is also a good look.

The Making of Asian America , $14, Amazon

This is the book of the present moment, the book that so effectively captures how the microaggressions of racism on daily basis are intimately connected to the foundations and history of racism in the U.S.

14. Between the World and Me by Ta-Nehisi Coates

Coates’ bestseller is a short but potent testimony of the black male experience in an America that seems to be waking to the horrors of police brutality, mass incarceration, and a generally hostile environment for black youths. Beware, this book may have you ugly-crying in public, but that’s part of the reason it’s such a necessary read. It’s so brutality honest and deeply personal that’ll you’ll really feel the shame, fear, and anger of being black in America.

By now, it should be evident that The New Jim Crow is one of the most important books of our era. It’s on this list for the same reason it’s on so many other lists, it points in no uncertain terms to one of the biggest forms of oppression and injustice that is alive and well in the U.S. today. Heck, if you’re an ally, you’ve probably already read it, but just in case you haven’t, here’s your reminder to get on that.

It may be fiction but Invisible Man is largely about the flaws of the white liberalism that used and ultimately ended up injuring the very black communities they supposedly sought to uplift. A beautiful book all around, it simultaneously highlights the life of one nameless black man navigating race and politics in the early 20th century in America, and the injurious denial and racism of the supposed white allies. It doesn't let black men and women off the hook either though; Invisible Man shows how corruption and injury can run deep in liberation movements, sometimes even where there is good intention. Yet another reason why it's so important to know your stuff!

17. Colonize This! Young Women of Color on Today’s Feminism by Daisy Hernandez

Lest we all get too mired in history and policy that we forget about the actual people we’re supposed to be allies to… Colonize This! and How Does It Feel To Be A Problem (below) are both great anthologies that will take all the history you, as a woke white ally, have studiously interrogated and help put it in a personal and present context. After all, hearing young people speak on the issues of today from a place of hope and budding rebelliousness is just what you need to keep your own eyes on the prize, isn’t it?

18. How Does It Feel to Be A Problem?: Being Young and Arab in America by Moustafa Bayoumi

These youths, I tell you! They're on point.

How Does It Feel to Be A Problem?: Being Young and Arab in America , $14, Amazon