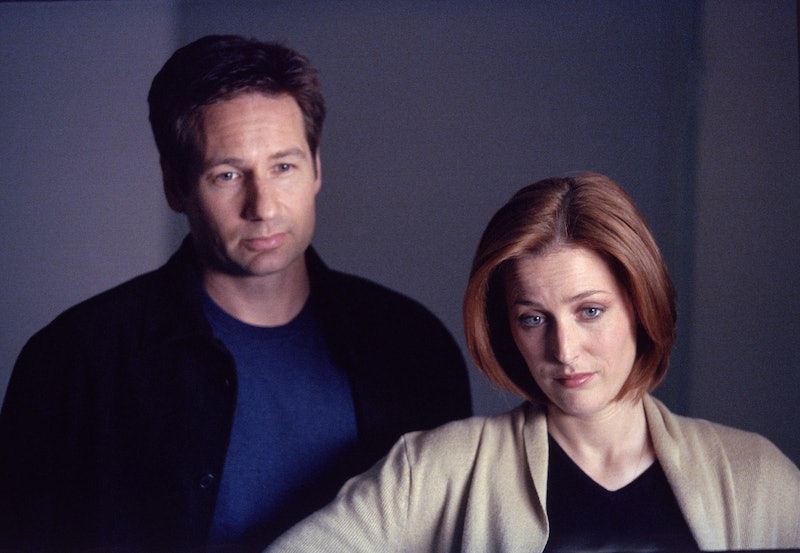 I'll admit that I have a short attention span, meaning that when it comes to TV, a show has to catch and hold mine pretty quickly in order for me to stick with it. Once I'm hooked, however, I get engrossed — and that's putting it lightly ("downright obsessed" would likely be a better, more accurate term). I've watched and enjoyed many a series in my life, but save for maybe one or two others, none have completely taken over my life quite like The X-Files has. The adventures of Moose and Squirrel — that's Mulder and Scully, for the non-Philes among you — are pretty much legendary at this point, and it's pretty safe to say I will literally never stop rewatching this show.

Never mind that the X-Files reboot was the worst six hours of television I've suffered through in the past decade. I'd prefer to pretend it never happened rather than hold it against my beloved Mulder and Scully. The original series, which ran from 1993 to 2002, was, for the most part, utterly brilliant (as long as you pretend Seasons 8 and 9 didn't exist, either), and gave us two of the best characters ever to appear on the small screen — characters that are still so popular more than a decade after going off the air that Fox actually paid them to come back. That's saying something.

Because Sometimes Mulder & Scully Look At Each Other Like This

Whenever Mulder and Scully look at each other like this, my heart kinda goes all pitter-patter and I can't think straight because they weren't even in love back then... except they totally were, they just didn't realize it yet.

And Then Sometimes They Look At Each Other Like This, Which Is Even Better

Over the years, Mulder and Scully get to know each other in such impossibly deep and intimate ways that they can have entire conversations with just a single look and oh man, I get emotional just thinking about it. You know it's love when someone's willing to contaminate a crime scene and dig up a dead body with you in case it's your sister, who you think was abducted by aliens decades before.

Because Every Once In A While, Even FBI Agents Let Their Hair Down

Because who wouldn't sit through an otherwise super boring episode like "The Unnatural" just to watch Mulder teach Scully how to play baseball?

Again, sometimes the beauty is in the details. "The Post-Modern Prometheus" is literally a blank space in my memory (I literally barely remember what the rest of the episode was about), but I certainly remember these two dorks being totally in love and actually dancing together. I mean, come on!

Because They're Each Other's Touchstone

No, I'm not crying. There's just something in my eye.

Is Assistant Director Walter Skinner one of the best things about The X-Files franchise as a whole? You betcha. He also got some of the best lines. Remember when he was like, "If I'm carrying Marilyn Monroe's purse, do you assume I'm sleeping with JFK?" Yeah, me too.

This was obviously the highlight of "Red Museum" and one of the cutest moments in the entire series, showing not only that Scully could chow down, but that she and Mulder had a connection from the beginning. Also, now I'm hungry.

I don't think I need to explain the joy of "Bad Blood", right? It's an episode I rewatch at least once a month, if not more often (not so long ago, I was averaging once a week — it's a sickness, I know). "Dana? He didn't even know your first name!"

God bless David Duchovny — he's quintessentially Mulder and no one else could have done justice to the role, but let's just say that crying scenes aren't really his thing. But they're my thing, because they make me laugh, so by all means, watch and enjoy them.

Because Scully Is An Eternal Skeptic & I Love Her For It

No matter how much she sees, Scully still believes everything can be explained by science. A literal UFO could land in front of her face and an alien could walk out and she'd still think there has to be a rational explanation for it. Her stubborn is endearing, and I will love her forever for it.

Because You Can't Trust Anyone, Especially Not The Government

And no one knows that more than Mulder.