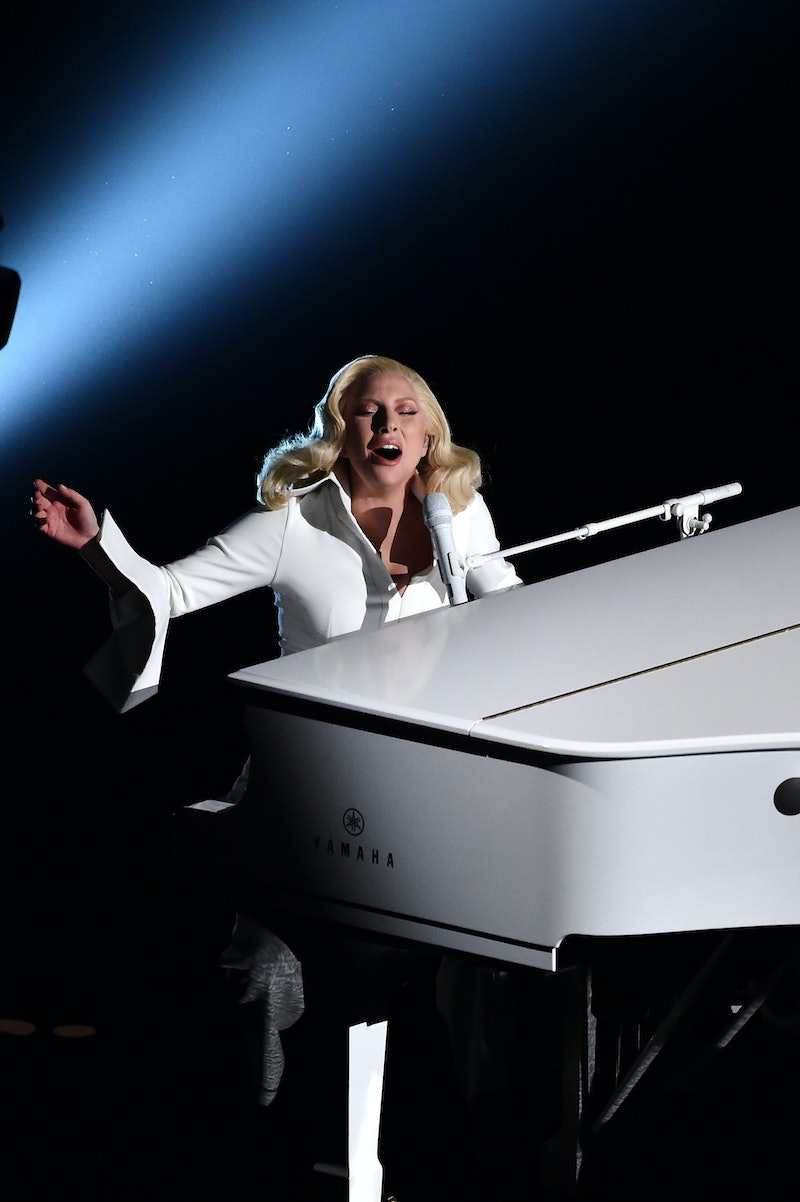 On Sunday night, during Lady Gaga's powerful performance of her Oscar-nominated song, "Til It Happens To You," survivors of sexual assault joined Gaga on stage. As she belted the track she wrote for the documentary The Hunting Ground, young survivors took to the stage, joined hands, and stood together in solidarity as the songstress sang the powerful ballad. As Gaga delivered the breathtaking song, the camera closed in on the arms of the survivors. Words and phrases like "Survivor," "It happened to me," and "It's not your fault" were scrawled across their arms.

The Hunting Ground premiered at Sundance Film Festival 2015 and exposes the astonishing numbers of rapes that take place on college campuses in the United States. It also uncovers the great lengths these institutes allegedly take to cover up the crimes, and mental and physical tolls sexual assault takes on its victims.

It must have been difficult for these sexual assault survivors to come forward in front of millions during the 88th annual Oscars. But the survivors' bravery did not go unnoticed during Gaga's performance, or after it.

It was a powerful moment for all.

More like this
Twitter Is At Odds Over Taylor Swift’s Possible ‘All Too Well’ Oscar Run
By Brad Witter
How Lady Gaga & Adele Are Closer To The EGOT All Of A Sudden
By Jake Viswanath
Everything To Know About The Musical 'Joker' Sequel – & Lady Gaga’s Role
By El Hunt and Sam Ramsden
Lady Gaga Will Star In 'Joker: Folie À Deux' With Joaquin Phoenix
By Jake Viswanath
Get Even More From Bustle — Sign Up For The Newsletter