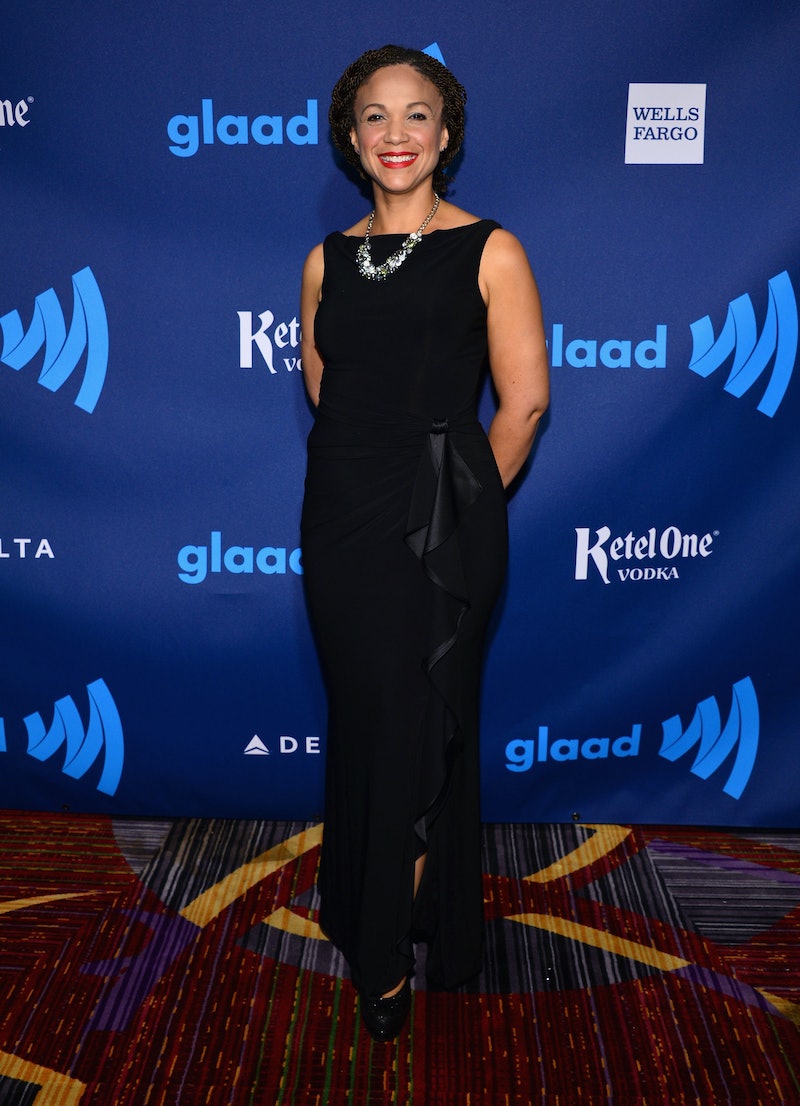 MSNBC is continuing the removal of black people from its lineup by ending its relationship with Melissa Harris-Perry. The acclaimed political scientist, professor, and writer has hosted the eponymous weekend show for the cable network since 2012. She last hosted her show on February 7, when she devoted three-fourths of the program to presidential election coverage, and one-fourth to Beyoncé's "Formation" video. The New York Times reports that MSNBC's executives and Harris-Perry battled over that episode, in particular, with the former allegedly wanting her to exclusively focus on the presidential campaign. Presidential coverage usurped the show the following two weekends, with Harris-Perry appearing alongside MSNBC's legal correspondent, Ari Melber, to discuss the Iowa Caucuses. Harris-Perry told the New York Times via email that she felt "like a guest" on her own show during those weeks.

On Friday, February 26, Harris-Perry refused to host the show after MSNBC opted to air election coverage during her show instead of allowing the Ivy League-trained political scientist to provide the analysis that’s garnered her an impressive social media following, as well as her own trending hashtag (#nerdland). On Sunday, a MSNBC spokesperson confirmed to the New York Times that the network has ended its relationship with Harris-Perry. In an email to her MSNBC staff, Perry claimed that the network hijacked the show, treated her as if she's "worthless," and "effectively and utterly silenced" her and her producers.

"Here is the reality: our show was taken — without comment or discussion or notice — in the midst of an election season," she wrote in the email. "After four years of building an audience, developing a brand, and developing trust with our viewers, we were effectively and utterly silenced." She accused MSNBC of shutting her out from political coverage, noting that she has "a Ph.D. in political science and have taught American voting and elections at some of the nation’s top universities for nearly two decades." Still, Harris-Perry says that she has "been deemed less worthy to weigh in than relative novices and certified liars."

"The purpose of this decision seems to be to provide cover for MSNBC, not to provide voice for MHP Show," she wrote. "I will not be used as a tool for their purposes. I am not a token, mammy, or little brown bobble head."

She also called out the network's executives, including MSNBC's president Phil Griffin, for allegedly attempting to "save face" at her expense while also changing the "editorial tone and racial composition of MSNBC's on-air coverage."

"The purpose of this decision seems to be to provide cover for MSNBC, not to provide voice for MHP Show," she wrote. "I will not be used as a tool for their purposes. I am not a token, mammy, or little brown bobble head. I am not owned by [NBC News chairman Andy] Lack, Griffin, or MSNBC. I love our show. I want it back."

In response to the public release of Harris-Perry's email, The New York Times obtained a statement from MSNBC that said Harris-Perry's shows, as well as others, have "been temporarily upended by breaking political coverage." The network also said the host's response is "really surprising, confusing and disappointing."

After Joy Reid hosted the show on Saturday, February 27, MSNBC officially pulled the plug on the program.

There’s a lingering anger and sadness that I feel at the unfair ending of the MHP Show, especially as a black woman working in media.

The sudden parting of ways between Harris-Perry and MSNBC tells me how little journalism values the importance of blackness. If one of the nation’s leading political scientists is expendable, then so am I. No matter how beautifully I write or how much revenue I generate, I am replaceable. And if I know that, Harris-Perry knows that, and instead of cowering away from it, she chose to stand and use her voice anyway.

Many of the voices Harris-Perry elevated on her show belong to women of color. While her guests had been doing important advocacy work around critical issues for a long time, MHP offered them a literal seat at her table to engage in conversation around race, gender, politics, and popular culture. In the sea of whiteness that dominates cable news on the weekends, Harris-Perry provided a much-needed and appreciated pop of color.

Media Matters for America found that Harris-Perry’s show was the most diverse weekend cable news program for two consecutive years. While white men dominated shows like Face the Nation, over 55 percent of MHP’s guests were people of color and 45 percent were women. As Media Matters notes, these numbers indicate that the show had a “clear commitment to a diverse guest pool.”

The candidness that these diverse guests displayed as they discussed everything from voting rights to Scandal resonated with me. Sleeping in on the weekends is the birthright of all 9-to-5’ers, but I religiously awakened at 8 a.m. on the West Coast to tune in to MHP. Her show was honest and brutal about issues that are often deemed unimportant, like hip-hop feminism or black women's investment in The Cosby Show .

There’s a lingering anger and sadness that I feel at the unfair ending of the MHP Show, especially as a black woman working in media.

Black voices are constantly excluded and our brilliance is rarely recognized. After all, the 88th Academy Awards just aired, and no black actors were nominated for the second consecutive year. Black presenters offered awards to white actors, but our own art was largely ignored.

In this climate — where 1,000 black people are killed in police-involved incidents in a single year — we needed a safe space on television to grapple with these issues together. We needed a host that cries as she addresses an "open letter" to Sybrina Fulton, mother of slain teenager Trayvon Martin. We needed to see a sacred communal space on television to laugh together, to grieve together, to analyze together, to learn together, to grow together. We needed our perspectives heard, valued, and sought after. Recycling the same pundits over and over again isn’t diversity, but introducing an array of black voices to wide audiences is. Nerdland did that.

As I watched MHP, I often felt filled with hope. I, and other black folks, had a television show on a national cable network that valued black culture and people enough to reflect us. It wasn’t white people talking to black America about our issues. MHP featured black people discussing black issues through a black lens.

In her email to her staff, Harris-Perry wrote, "I know who I am. I know why MHP Show is unique and valuable. I will not sell short myself or this show. I am not hungry for empty airtime. I care only about substantive, meaningful, and autonomous work."

Like MHP, black journalists must have integrity and stand firm in what they consider right, no matter the potential ramifications. Our silence will not protect us. What she’s taught me, as a black female journalist, is to fight for the vision I’ve created for my work.

An unnamed MSNBC executive told the Washington Post that Harris-Perry is "challenging" and "unpredictable" and her email "is destructive to our relationship." Those lines are just another way of calling an esteemed scholar an angry black woman who’s too contentious and unreasonable. Melissa Harris-Perry stood for her beliefs, and if that makes her unreasonable, then so am I.