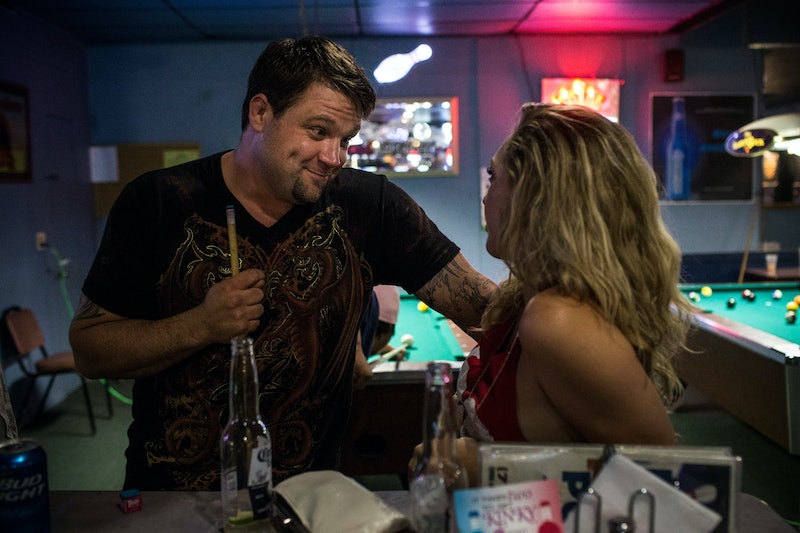 What advice would you give people on becoming a better flirt?, I asked a female friend recently. It's for an article. "I don't know... become a smoker?" she said. "The only way I know how to talk to strangers is by having a cigarette with them." That didn't seem like very sound advice, so I asked another friend. "Drink more?" she answered. Clearly my friends were going to be of no help here.

Next I decided to ask the men in my life, via social media: What advice would you give women about flirting? "I'M NOT A MIND-READER!" was the first response — I guess that means go a little less subtle on flirting tactics? Several more men chimed in with similar refrains. But considering subtlety is in the eye of the beholder, this didn't seem to be really be getting us anywhere either. Next stop?

Academic literature. What would the psychologists and social scientists say about how to flirt? Apparently, plenty — just Google "science of flirting" and you'll see. Here are a few of the more interesting findings ...

According to Psychology Today, "the capacity of men and women to flirt turns out to be a remarkable set of behaviors embedded deep in our psyches ... Long trivialized and even demonized, flirtation is gaining new respectability thanks to a spate of provocative studies."

One thing research has shown is that a lot of flirting is innate. While evolution may not have predisposed us to pickup lines and good sexting etiquette, it has programmed us to respond to people we like in ways that slyly let on that we like them. This includes things like touching oneself (not like that — we're talking hair twirling, hand resting on your cheek kind of touches), subtly touching the other person, leaning in, making longer eye contact, etc. All of this happens below the conscious level, which suggests that maybe the best way to be a better flirt is just not to over-think it too much. Get out of your own way! Let evolution takes the reigns!

Now that we've established an evolutionary basis for flirting, it makes sense that flirting well is more about subtle cues than best laid plans. According to the UK-based Social Issues Research Centre, initial impressions are 55 percent based on appearance and body language, 38 percent on tone of voice or style of speaking, and only 7 percent on the actual words being said. So when approaching potential partners, remember that your non-verbal communication is so much more important than how you choose to introduce yourself.

The goal of flirting is to make your attraction, crush, and general goodwill for someone known. "If your 'target' knows that you find him or her interesting and attractive, he or she will be more inclined to like you," the Social Issues Research Centre points out. Flirting is not about trying to show off or impress the other person. This has been demonstrated in countless studies and experiments, but you don't really need science to prove it, SIRC notes. "You already know that when you are told someone fancies you, or hear that someone has praised or admired you, your interest in that person automatically increases – even if it is someone you have never met!"

According to Syracuse University professor Joe Fanelli, who teaches about human sexuality, we like people similar to ourselves and that similarity is a key factor in attraction. These similarities can take the shape of common interests — "These matches may be conscious, for example two athletes, or people with similar extracurricular interests, or unconscious, like finding out you enjoy the same music," Fanelli says. Or, you can fake similarity through physical mimicry. A study from The Journal of Nonverbal Behavior found that mimicking someone's physical movements indicates interest.

For the record, I'm a pretty excellent flirt. My own personal best flirting advice is: Treat the person you're flirting with like a human being first and foremost. Not a challenge. Not a conquest. Not a source of potential failure and embarrassment. When you remember that the object of your affection is just a person, having a conversation with you, another person, it seriously minimizes the anxiety factor. It also leads to flirting that's rooted in your own particular conversations and situations, and this comes off way more authentic — and effective — than any blanket flirting advice ever could.